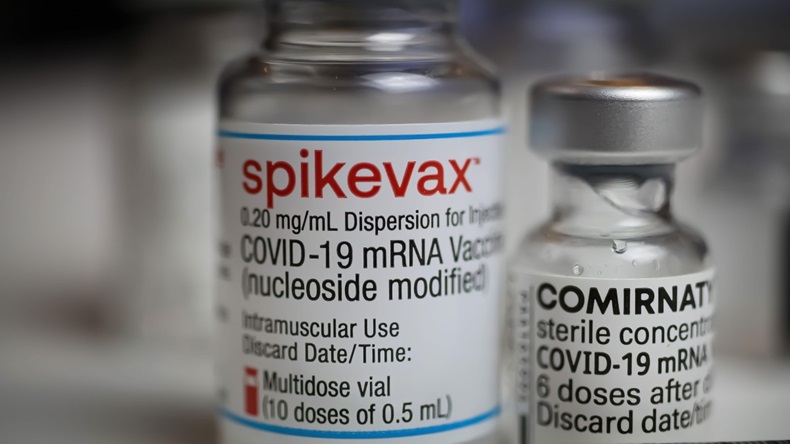 Alnylam Pharmaceuticals Inc. is the second company claiming its lipid technology is being used in mRNA COVID-19 vaccines. It is seeking royalties from both Moderna, Inc. and Pfizer Inc., putting potentially hundreds of millions of dollars at stake in the litigation.

Alnylam filed separate suits against the two companies alleging their vaccines infringe a patent that the US Patent and Trademark Office issued to Alnylam on 15 February. The patent, No. 11,246,933, claims a class of cationic biodegradable lipids that can be used in the formation of lipid nanoparticles for the delivery of an active agent, including messenger RNA (mRNA).

Alnylam claims Moderna’s and Pfizer’s vaccines use a cationic (charged) biodegradable lipid covered by the patent. It requests damages in an amount “no less than a reasonable royalty” to be determined at trial.

The complaint against Moderna, filed 16 March in the US District Court for the District of Delaware, says Moderna has been aware of Alnylam’s lipid nanoparticle (LNP) technology since at least early 2014 when the two began discussions about potential licensing of Alnylam’s intellectual property. The suit says the IP included pending LNP patent applications and all patents that would issue from the applications.

The suit says the two entered into a mutual confidentiality agreement in February 2014 and that under this agreement Alnylam met with Moderna executives and disclosed its LNP technology and how LNPs could be used for developing RNA-based pharmaceuticals. The complaint says the discussions between the two ended without Moderna agreeing to take a license to Alnylam’s patents, patent applications, or trade secrets.

The 17 March complaint against Pfizer is similar though it does not cite any disclosure of Alnylam’s technology to Pfizer. It says that Pfizer has known of the ‘933 patent since at least 15 February when it issued. The suit says that utility patent applications disclosing Alnylam’s novel cationic biodegradable lipids were published in February 2012 and August 2013.

A Moderna spokesperson refuted the company’s allegations. “Alnylam has engaged in what can only be seen as blatant opportunism – improperly expanding the scope of a ten-year old patent in an attempt to state a claim to unprecedented and meaningful innovations in the mRNA space.”

“Our vaccine is a product of the many years we have spent pioneering our mRNA platform, including the creation of our own propriety lipid nanoparticles (LNPs) that have been pivotal to combatting the COVID-19 pandemic. Moderna’s LNPs do not resemble Alnylam’s work, and any assertion that the Alnylam patent covers Moderna’s COVID-19 vaccine is specious,” the spokesperson said.

“Alnylam’s lipids were originally tailored for intravenous delivery of a different type of RNA, and Moderna discovered many years ago that such lipids were insufficient for delivering mRNA directly into the arm. Starting in 2014, Moderna designed new lipids that overcame this mRNA delivery challenge, and it is those novel lipids which are found in our LNPs.”

Alnylam alleges that over a decade ago, it invented a breakthrough class of cationic biodegradable lipids that can safely deliver RNA-based therapeutics or vaccines into cells in the body. It claims its patented LNP technology is essential to the safety and efficacy of Pfizer’s Comirnaty vaccine and Moderna’s Spikevax vaccine.

“mRNA is very delicate and subject to rapid degradation by various enzymes upon administration,” the complaints state. “The large, negatively charged mRNA strands also struggle to pass through the protective lipid membranes of cells. Thus, to be effective, the mRNA strands need a delivery mechanism that can ensure that mRNA strands are not degraded before delivery to the cell and can penetrate the cell. In addition, the LNP needs to be biodegradable, i.e., such that the LNPs are metabolized and eliminated after successful mRNA delivery to the cells, so as to enhance safety.”

Acuitas Comes To Defense Of Pfizer/BioNtech

Acuitas Therapeutics, based in Vancouver, British Columbia, Canada, is trying to head off any claim against Pfizer and BioNTech SE. On 18 March, it filed a complaint against Arbutus and Genevant in the US District Court for the Southern District of New York seeking a declaratory judgement that nine Arbutus patents are not infringed by the manufacture or sale of Comirnaty and/or that each of the patents is invalid.

Acuitas supplies and licenses the LNP used in Comirnaty. The suit says that Genevant and Arbutus wrote letters to Pfizer in November 2020 and October 2021 stating that Comirnaty may infringe its patents. “On information and belief, Genevant seeks hundreds of millions, if not billions, of dollars in unjustified royalties on sales of Comirnaty,” the complaint states.

Neither Arbutus nor Genevant has a COVID-19 vaccine, “neither has created any component of such a vaccine, and neither has commercialized an LNP that can effectively wrap and protect any mRNA molecule,” the complaint states. “Arbutus and Genevant seek the benefits flowing from Comirnaty without having borne any of the burden in developing it. Their claim to rights in – and payment for – Comirnaty is baseless.”

The suit states that in the decade before COVID-19 emerged, Acuitas engineered a microscopic sphere of fats called a lipid nanoparticle that can envelop and protect  the mRNA, allow it to cross the membrane of a human cell, and then release the mRNA so it can be used to create the proteins that will generate an immune response. In 2017, Acuitas and BioNTech began to collaborate on the development of mRNA therapeutic products using Acuitas LNP technology.

In other COVID-19 patent litigation, Allele Biotechnology and Pharmaceuticals Inc. sued Pfizer and BioNTech in October 2020 claiming Comirnaty infringed its fluorescent protein patent. Allelle contended that their use of the patent did not fall within the scope of the safe harbor that allows patented information to be used in the submission of information to the US Food and Drug Administration. (Also see "Are Regeneron And Pfizer/BioNTech COVID-19 Products Covered By Patent Safe Harbor?" - Pink Sheet, 26 Aug, 2021.)

On 5 January, the US District Court for the Southern District of California issued an order granting a joint motion to dismiss the action.

Moderna’s Suit Against Pfizer/BioNTech Is About More Than Money