A gene therapy for multiple myeloma, a new drug for achondroplasia, and the first biosimilar version of Roche’s Lucentis are among eight products recommended for EU marketing authorization this week. 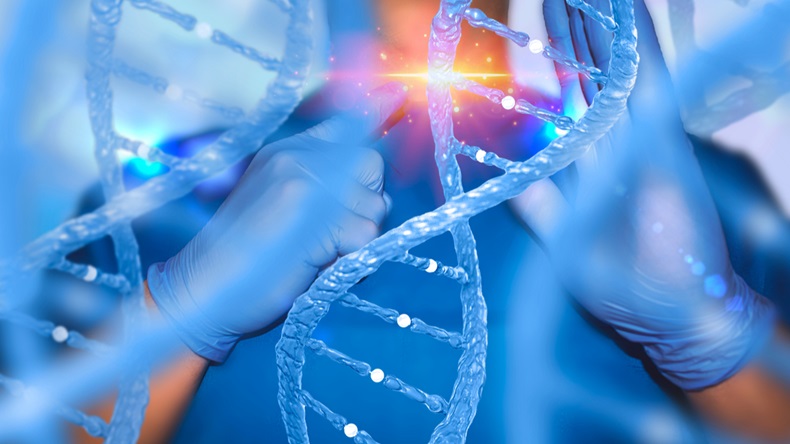 Source: Shutterstock A gene therapy for multiple myeloma could soon be approved in Europe

At its latest monthly meeting on 21-24 June, the CHMP recommended Abecma for conditional EU marketing authorization for the treatment of adult patients with relapsed and refractory multiple myeloma who have received at least three previous therapies, including an immunomodulatory agent, a proteasome inhibitor and an anti-CD38 antibody, and whose cancer has worsened since receiving the last treatment.

This fourth-line indication contrasts with that in the US, where the therapy is approved for fifth-line use. (Also see "BMS/bluebird’s Ide-Cel: EU Decision Time On First CAR-T For Multiple Myeloma" - Pink Sheet, 23 Jun, 2021.)

Development of the gene therapy, which has an orphan drug designation, was supported through the EMA’s priority medicines (PRIME) scheme, which is intended for medicines with the potential to address unmet medical needs.

“Despite the development and approval of a range of new medicines for the treatment of multiple myeloma over the past few years, there are limited therapeutic options for patients who have already received three major classes of drugs (immunomodulatory agents, proteasome inhibitors and monoclonal antibodies) and no longer respond to these medicines,” the EMA said. “Therefore, new medicines are needed for patients whose disease returns after treatment.”

Lucentis will now face biosimilar competition in an area where its market share has already been eroded by the off-label use of Roche’s much cheaper Avastin (bevacizumab) and the use of Bayer’s “gold standard” Eylea (aflibercept). (Also see "First Lucentis Biosimilar Among Drugs Awaiting Verdict On EU Approval Filings" - Pink Sheet, 25 Jun, 2021.)

Among the other novel products recommended for approval at the CHMP’s monthly meeting on June 21-24 were BioMarin Pharmaceutical Inc.’s Voxzogo (vosoritide) for achondroplasia, UCB’s Bimzelx (bimekizumab) for moderate to severe plaque psoriasis, and Astellas Pharma, Inc.’s Evrenzo (roxadustat) for patients with symptomatic anemia associated with chronic kidney disease (CKD).

Incyte Biosciences/MorphoSys AG’s Minjuvi (tafasitamab) was recommended for conditional marketing authorization for relapsed or refractory diffuse large B cell lymphoma (DLBCL) in adults who are not eligible for autologous stem cell transplant, in combination with lenalidomide.

The committee turned down one product: Cancer Prevention Pharma’s orphan-designated drug Flynpovi (eflornithine/sulindac) for adults with familial adenomatous polyposis (FAP). The CHMP said that results from a main study in 171 patients had failed to show that Flynpovi delays the occurrence of a first FAP-related event compared with each of its active substances when used on their own.

The product, which is also under review in the US, was expected to provide an alternative to the highly invasive surgical procedures that are currently used for most FAP patients, with significant benefits for their quality of life.

But the CHMP noted that Flynpovi, which had obtained an EU orphan designation, was not compared with standard of care or placebo, and neither eflornithine nor sulindac alone had previously shown clear benefits in treating this condition. The committee also considered that insufficient data had been provided on the long-term safety of Flynpovi, which is intended as a life-long treatment, and the company did not provide enough data to show the product is not genotoxic.

The CHMP’s recommendations are forwarded to the European Commission, which makes the final decision on pan-EU marketing authorization.

Abecma is a genetically modified autologous chimeric antigen receptor (CAR) T-cell therapy. Each dose of the therapy is created by collecting the patient’s own T-cells and genetically modifying them so they include a new gene that helps the body to target and kill myeloma cells, the EMA noted. The cells are infused back into the patient’s blood.

The agency said the main study on which the CHMP based its recommendation was a Phase II, multicenter, open label, single-arm clinical trial.

The study investigated the efficacy and safety of Abecma in 140 adult patients with relapsed or refractory multiple myeloma who had received at least three prior therapies, including an immunomodulatory agent, a proteasome inhibitor and an anti-CD38 antibody, and who did not respond to the last treatment regimen.

“About 67% of patients enrolled in the study responded to the treatment and maintained remission (a period without disease signs or symptoms after treatment) for about 11 months on average,” the EMA said. Of those studied, 30% showed a complete response (disappearance of signs of cancer).

The committee’s main safety concerns were cytokine release syndrome, neurological toxicity, cytopenias and infections. The EMA said additional efficacy and safety data were being collected through the submission of follow-up data from the main clinical trial and through an ongoing study that would compare the efficacy and safety of the therapy with standard triplet regimens.

The EU applicant for Abecma is named as Celgene, a Bristol Myers Squibb company.

BioMarin’s Voxzogo (vosoritide), which has orphan drug status, is intended for use in patients aged two years and above with achondroplasia whose epiphyses (bone plate growths) are not closed.

Achondroplasia is a condition that impairs bone growth and causes dwarfism. As well as being of short stature, patients can experience serious health problems such as compression of the spinal cord, bowed legs, ear infections or heart problems, which can increase the risk of dying prematurely, the EMA noted.

“Options for those affected by the condition are limited to supportive care and surgical interventions to extend limb length, correct spinal compression or bowed legs. Most patients are diagnosed in early infancy or at birth. It is estimated that 350 children are born with achondroplasia every year in the EU.”

In achondroplasia patients, the fibroblast growth-factor receptor 3 (FGFR3) gene is permanently “switched on,” preventing normal bone growth, the agency said. Vosoritide works by attaching to the natriuretic peptide receptor type B on the cell surface, reducing the activity of FGFR3 and stimulating normal bone growth and improving symptoms.

The CHMP  committee based its positive opinion mainly on the results of one study which evaluated 121 patients with achondroplasia between five and 18 years of age. “During the course of the study, a statistically significant improvement in growth was observed in patients treated with vosoritide compared to placebo, adding an average 1.57 cm in height after a year of treatment,” the agency said. The observed increase in growth occurred proportionally in both the spine and the lower limbs, and longer-term data in number of patients suggest that the improved growth is maintained. A separate ongoing study including subjects aged two to five years “also suggests consistent improvement in growth,” it added.

The most common side effects observed in clinical trials were hypotension, injection site reactions and vomiting.

Astellas said that if Evrenxo (roxadustat) was approved by the European Commission, it would be the first orally administered inhibitor of hypoxia-inducible factor (HIF) prolyl hydroxylase (PH) available in Europe. Anemia of CKD is associated with significant impairment in quality of life and progression to adverse cardiovascular (CV) and renal outcomes, and is often untreated or not treated to target, the company added.

Roxadustat increases hemoglobin (Hb) levels via a different mechanism of action from erythropoiesis-stimulating agents (ESAs), it noted. As an HIF-PH inhibitor, roxadustat activates the body's natural response to reduced oxygen levels in the blood. “This response involves the regulation of multiple, coordinated processes that lead to the correction of anemia with a reduced need for intravenous iron.”

It said anemia of CKD remained an under-recognized and under-treated condition. “Today’s positive CHMP opinion marks a significant step in providing patients with a new and important treatment option for anemia associated with CKD, regardless of dialysis status,” said Bernhardt Zeiher, the company’s chief medical officer.

The positive CHMP opinion was based on the results from a comprehensive pivotal Phase III program comprising eight multicenter randomized studies and involving 9,600 patients worldwide, according to Astellas.

“The results of this program support roxadustat as efficacious in achieving and maintaining target Hb levels (10-12g/dL) in patients with symptomatic anemia of CKD regardless of dialysis status and irrespective of prior ESA treatment.”

The EMA said the product’s benefits lay in its ability to improve skin condition as measured by improvements in the Investigator’s Global Assessment (IGA) 0/1 and Psoriasis Area and Severity Index 90 (PASI 90) response and to reduce itching, pain and scaling of the skin in patients with plaque psoriasis. The most common side effects reported were upper respiratory tract infections and oral candidiasis.

Incyte Biosciences/MorphoSys’s Minjuvi (tafasitamab) is an orphan designated MAb that targets the CD19 antigen expressed on the surface of pre-B and mature B lymphocytes in patients with RR-DLBCL. It mediates B-cell lysis through effector cells of the immune system, such as natural killer cells, gammadelta cells and phagocytes, and direct induction of apoptosis, the EMA noted.

The companies said that DLBCL was the most common type of non-Hodgkin lymphoma in adults, comprising 40% of all cases worldwide.

“The CHMP’s positive opinion of tafasitamab is a pivotal step towards addressing an urgent unmet medical need for the 30-40% of patients with relapsed or refractory DLBCL who do not respond to initial therapy or relapse thereafter,” said Steven Stein, Incyte’s chief medical officer.

“Patients with relapsed or refractory DLBCL have limited treatment options and often face a poor prognosis. There is an urgent need for effective therapies and if approved, this combination could provide patients in Europe with an important new therapeutic option,” added Malte Peters, chief research and development officer at MorphoSys.

In other business, the CHMP said that an application to extend the use of Roche Holding AG’s Esbriet (pirfenidone) to include the treatment of unclassifiable interstitial lung disease had been withdrawn. In its notification letter, Roche said it decided to pull the filing because of the EMA’s “requirement for further justification and data on the use of Esbriet in the proposed indication,” the agency noted. Esbriet is currently approved for mild to moderate idiopathic pulmonary fibrosis.

The EMA said it had begun a safety and efficacy review of Biocodex’s Stresam (etifoxine), which is approved in four EU countries for treating anxiety disorders. This follows the findings of a new study (AMETIS) on Stresam’s effectiveness in treating adjustment disorders with anxiety, which suggested the product “had similar effects to placebo.”

In addition, a review of safety data, including information from the AMETIS study and that collected through safety monitoring, found that some rare but serious side effects were still occurring despite measures taken to minimize the risk in 2014. These included serious skin reactions, liver damage, uterine bleeding between menstrual periods (mainly in women using oral contraceptives), and inflammation of the gut (lymphocytic colitis).

“As a result, the French medicines agency requested a review of the benefits of Stresam in the context of the medicine’s risks,” the agency said. “EMA will now assess the available data and recommend whether the marketing authorizations for this product should be maintained, varied, suspended or revoked.”

ICH Finalizes Guide To Cutting Down On Rat Carcinogenicity Studies