US vaccine surveillance systems were triggered, but so far further investigation clears the bivalent COVID vaccine of any new safety concern. CDC and FDA’s attempt to control the narrative appears to have backfired, however, making what looks to be a non-issue more controversial than it needed to be due to limited public communication. 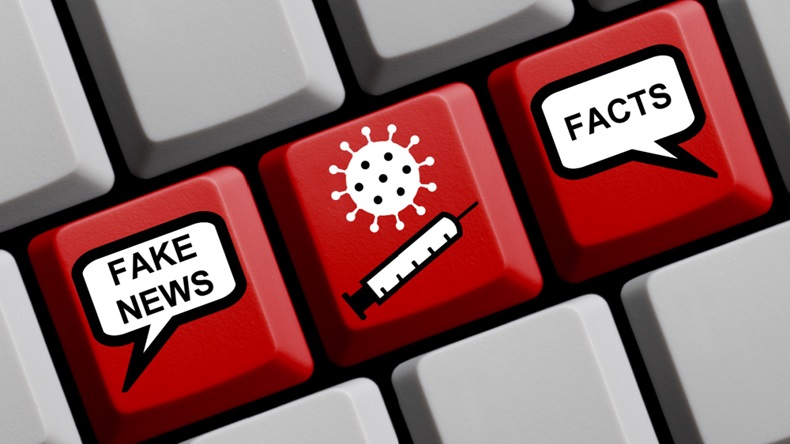 Pfizer Inc./BioNTech SE’s bivalent COVID-19 vaccine is under continued investigation over a preliminary safety signal related to strokes in people ages 65, though thus far the signal identified in the Vaccine Safety Datalink has not been confirmed in other monitoring systems, leading regulators to conclude that it is very unlikely the signal represents a true clinical risk.

That news, made public on 13 January, should largely have represented a win for US public health agencies – demonstrating that systems put in place to rapidly warn of potential harms worked by quickly identifying a possible safety concern and leading to the necessary follow up evaluations.

However, the rollout of the information was haphazard and piecemeal leading to confusing headlines (some played up the possible stroke link while others were more cautious) and criticism from public health experts about the lack of transparency, which among other negatives allows anti-vaccine messaging to thrive unchecked.

The potential safety signal was first publicly revealed in a Washington Post story that then linked to an update that the US Centers for Disease Control and Prevention and Food and Drug Administration posted quietly on their websites.

The agencies did not more widely notify the press or health care professionals. FDA did not include the update it its daily news roundup on 13 January.

Sparse Details For The Public

The agencies confirmed to the Pink Sheet that VSD identified 130 ischemic strokes out of about 550,000 Pfizer bivalent vaccines administered to people 65 and older. Those strokes took place within the first three weeks of getting the updated vaccine and raised a question of whether people getting the vaccine were more likely to have a stroke in the 21 days following vaccination compared with days 22-44 following vaccination.

VSD conducts near real-time safety monitoring, assessing rates weekly. If the rate of adverse events among vaccinated people in the risk period is higher than among the comparison window, it results in a signal and prompts further investigation into whether the vaccine may be associated with an adverse event, CDC explained.

The signal was not identified with the Moderna, Inc. bivalent COVID-19 vaccine or in other safety studies, including the Vaccines Adverse Event Report System. Studies using the Centers for Medicare and Medicaid Services database and the Veterans Affairs database did not reveal an increased risk of ischemic stroke, nor did a review of Pfizer-BioNTech’s global safety database or other countries’ data, CDC and FDA said.

FDA and CDC are continuing to evaluate data on the signal and plan to discuss their latest findings at the 26 January FDA Vaccines and Related Biological Products Advisory Committee, but they emphasized that “the totality of the data currently suggests that it is very unlikely that the signal in VSD represents a true clinical risk.”

The agencies argued their notice, despite the lack of confirmation of a safety concern thus far, was done in the name of public trust and transparency.

“Transparency and vaccine safety are top priorities for the FDA and CDC. Posting about this signal, and describing our assessment that this does not pose a health risk is exemplary of this. Both agencies want to underscore our continued confidence in the safety and effectiveness of the vaccines, and our hope is that trough our transparency – the public will as well.”

However, the way the information was conveyed, led to questions about the agencies’ true commitment to transparency.

“I think the mistake they make is not having some kind of public discussion of it today or yesterday or whatever. Preferably not five o’clock on Friday before a long weekend,” said Diana Zuckerman, blaming in part confusing language in the FDA and CDC webpage update, along with a lack of more proactive and formal public communication, for news headlines that more strongly pointed to a stroke link than the totality of the agency communication suggests.

“When I look at the CDC thing and knowing how this works, I’m like wow, there’s a lot of ambivalence in this article. You know, it’s not clear. It kind of is a Rorschach test in the eyes of the beholder,” said Zuckerman, who is the President of the National Center for Health Research.

The lack of a stronger media presence from top agency officials on the issue and the missing pieces of data also led to criticism from Rick Bright, who previously served as the Deputy Assistant Secretary for Preparedness and Response and the Director of the Biomedical Advanced Research and Development Authority.

“Completely irresponsible, yet it’s what we’ve come to expect from the current CDC Director. Another missed opportunity to educate and do the right thing,” Bright tweeted.

Giving preferential access to one media outlet with limited follow up likely backfired and made people more skeptical of safety work the agencies seem to have handled well, said Peter Lurie, president of the Center for Science in the Public Interest, and former associate commissioner for public health strategy and analysis at FDA.

“The problem is that in the current environment if people can detect attempts to control the story, then people overlay their own interpretations of the reason for that,” Lurie said.

“I guess the best way to approach it, if you’re in the agency’s point of view, is to try to stick with … what you would do, irrespective of the situation to begin with,” he said.

“That’s your best defense: follow the science, follow your processes, do what you always do,” Lurie said.

“I don’t see any reason why the release of this information couldn’t have been done in the conventional fashion, which is by whatever press release they wanted to put out available to all to all outlets. That would have been the better way, because now people will wonder, justifiably or otherwise.”

“It would be concerning if they only quietly let one news outlet know and updated their website. They seem to indicate that they investigated this safety signal further before making it known to the public so they could and should have been more transparent about this,” said Reshma Ramachandran an assistant professor at Yale who has previously studied identification of safety signals, regulatory action and any publicity.

“I understand the need to not stoke anti-vax sentiment unnecessarily, but given that FDA has repeatedly stated that they view addressing misinformation a priority, to me, a lesson learned from everything that happened last year for the agency would be to be as transparent as possible to earn the public’s trust to do so,” Ramachandran said.

“I’m glad they plan to discuss this at their upcoming vaccines advisory committee though.”

This is not the first time the US government has made COVID-19 vaccine safety related updates quietly.

FDA took a low-key approach when it updated vaccine emergency use authorizations to specifically state that sponsors report all incidences of myocarditis and pericarditis, no matter their severity. (Also see "All Myocarditis, Pericarditis Cases With COVID-19 Vaccines Now Must Be Reported To VAERS" - Pink Sheet, 13 Sep, 2022.)

The agency also neglected to put out a public statement or notice when the Moderna vaccine was thought to have a higher risk of myocarditis than the Pfizer/BioNTech vaccine. (Also see "US FDA Tags Moderna COVID-19 Vaccine With Higher Myocarditis Risk Than Pfizer/BioNTech" - Pink Sheet, 1 Dec, 2021.)

FDA was also quieter than CDC when it came to addressing the risk of thrombosis with thrombocytopenia syndrome (TTS) with Janssen Pharmaceutica Inc.’s vaccine. (Also see "ACIP Prefers mRNA COVID-19 Vaccines, But Worries Message May Not Resonate" - Pink Sheet, 16 Dec, 2021.)

Could The Nightly Weather Report Help Rebuild Trust In The US FDA?

COVID Vaccines: What FDA Isn’t Talking About Ahead Of Upcoming Advisory Panel

All Myocarditis, Pericarditis Cases With COVID-19 Vaccines Now Must Be Reported To VAERS

Inside US FDA’s Return To In-Person Meetings

Pharma Gets 340B Appeals Court Victory But More Decisions Are Pending; Will Congress Step In?

Accelerated Approval Price Caps: Policy Has High Profile Support – But Can It Be Done?