Popular expedited review program results in a higher approval rate than the related fast track designation, but the COVID-19 era is seeing a drop in designations and a rise in complete response letters for BTD programs. 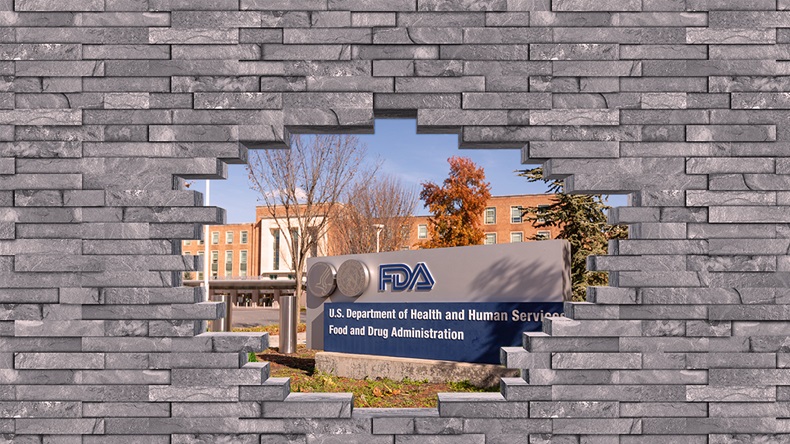 Half of the clinical programs awarded breakthrough therapy designations have gone on to receive FDA approval, making the BTD one of the most successful of the FDA’s expedited review pathways, according to an analysis of the Pink Sheet’s US FDA Performance Tracker.

The FDA has awarded 437 BTDs since the program was introduced by the 2012 FDA Safety and Innovation Act (FDASIA). The Pink Sheet has identified 397 designations, which are tracked in detail on the Performance Tracker’s Breakthrough Therapy Designations chart. The FDA has granted approval to 206 of the known designated programs. (See infographic at the end of the story.)

In contrast, fast track status has been conferred on 1,388 drug programs since the program was established by the 1997 FDA Modernization Act (FDAMA), according to BioMedTracker, and has resulted in 258 approvals – only about 20% of the designations.

Negative outcomes also differ between the pathways. One-third of the fast track programs identified by BioMedTracker have been suspended, withdrawn from market, or placed on hold. The Pink Sheet’s BTD data show that less than 10% of designated programs have been discontinued or have had the designation rescinded.

The relative success of the BTD pathway reflects the higher bar to receive the designation compared with fast track status. The pathways are not mutually exclusive, and both aim to speed development of products intended to treat serious conditions.

But to receive fast track status, sponsors must present nonclinical or clinical data demonstrating “the potential to address an unmet medical need” or be designated a qualified infectious disease product (QIDP).

A BTD, on the other hand, requires “preliminary clinical evidence” that indicates that the drug “may demonstrate substantial improvement on a clinically significant endpoint(s) over available therapies,” the FDA’s expedited programs guidance explains.

Consistent with the BTD’s higher threshold for efficacy evidence than fast track status, breakthrough designations are generally awarded when products are more advanced in development. An earlier Pink Sheet analysis found that BTDs are most commonly based on Phase II data, with a sizeable minority (about one third of designations) supported by pivotal-stage clinical trial data.  (Also see "Breakthrough Therapy Designations: Phase II Data Is Sweet Spot For US FDA Award" - Pink Sheet, 17 Feb, 2020.)

The approval success of BTD drugs also argues for the value of the additional benefits that the designation brings on top of the eligibility for rolling review and expedited development and review actions that it shares with fast track status.

Along with the high approval success rate for BTD programs, the FDA is known to have issued only 22 complete response letters for applications carrying the designation. Three of those went on to receive approval on a subsequent review cycle, and one more – Heron Therapeutics, Inc.’s resubmission of the NDA for HTX-011 – is under active review.

All told, around 8% of the applications for approval submitted for BTD programs received a complete response letter without progressing to approval. Close to a dozen of the CRL recipients are still assessing or responding to the FDA action; four have been officially discontinued and two sponsors disclosed that the FDA had rescinded the BTD.

While the chances of a BTD application receiving a CRL are low, the past year-plus has seen an uptick. Seven of the 22 CRLs were announced in 2020, plus two more already in 2021 (Merck & Co., Inc.’s Keytruda in triple negative breast cancer and ACADIA Pharmaceuticals Inc.’s Nuplazid for dementia-related psychosis) – meaning that 40% of all BTD CRLs were issued in less than 16 months of the designation’s almost 9 year history.

While the COVID-19 pandemic has complicated manufacturing and quality assessments, about half of the 2020-2021 BTD CRLs cite clinical concerns independent of the pandemic.

[Editor’s note: For detailed information on CRLs, including the agency’s reasons for the decision, see the US FDA Performance Tracker’s Complete Response Letters chart.]

Breakthrough Therapy Designations At US FDA Stay Sluggish In 2021

With 12 new BTDs announced so far this year, 2021 is on pace to match the COVID-19-depressed total number of designations in 2020. Here’s a breakdown of the candidates that have received the designation.

COVID-19’s ripple effects may come to include the end of the boom in BTD awards. Only 12 new BTDs have been announced in the first four months of 2021. (See sidebar for related story.)

But while growth in the program may have slowed, the 2020 BTD count looks reasonably healthy in absolute terms: the 2020 total falls in the middle of the annual counts from 2013, when the first BTD was awarded, to now.

The FDA is currently reviewing applications for approval for 21 BTD products, with at least four more having started but not completed rolling NDA or BLA submissions.

The pending BTD products represent a wider range of therapy areas than the earlier years of the program. While almost 60% of approved BTD products come from oncology, cancer therapies make up a smaller share of the pending applications, with only three applications and the four incomplete rolling submissions combining to make up 40% of the products currently being reviewed for approval.

The FDA is also reviewing applications from areas with few BTD approvals to date, including dermatology, gastrointestinal, liver disease and metabolic therapies.