There is some good news from UK and EU vaccine safety reviews, the WHO reports on COVAX vaccine distribution to less well off countries, and the European Commission and Pfizer agree on the supply of 300 million more vaccine doses. 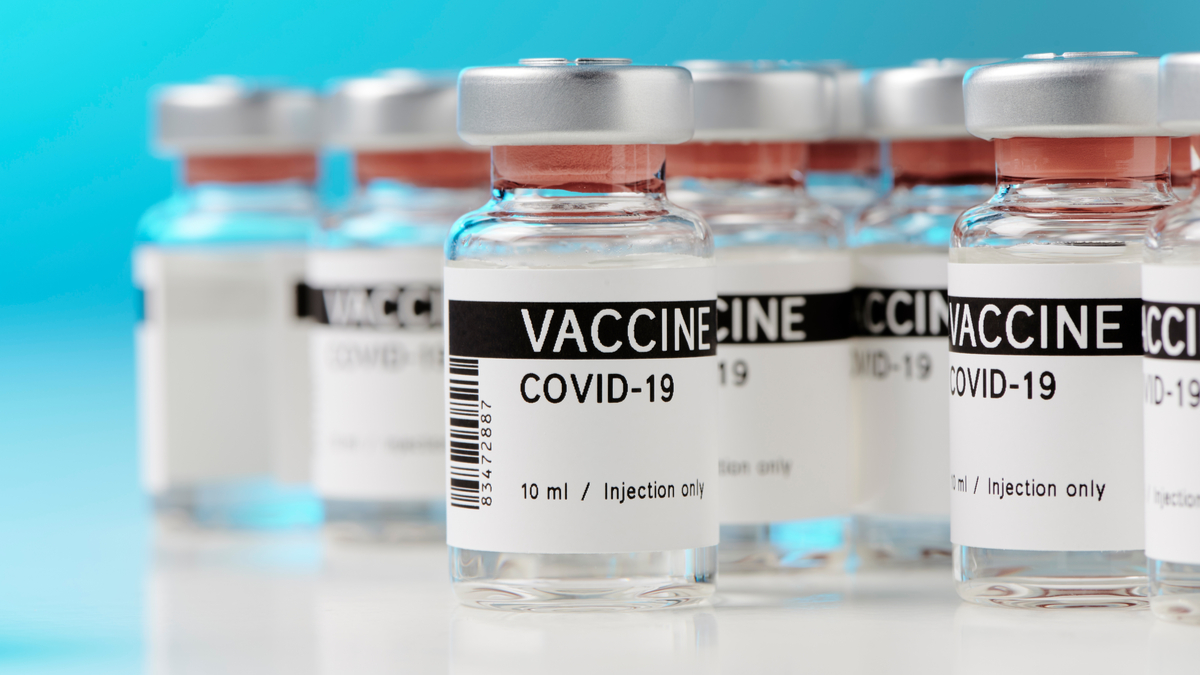 Russia’s Sputnik V coronavirus vaccine has been filed for registration in the EU, according to the organization funding development of the vaccine, the Russian Direct Investment Fund (RDIF).

On 9 February, the RDIF issued a statement saying that the EU registration filing had been made on 29 January and that it had "started submitting the information to EMA [European Medicines Agency] for the rolling review.” It said it had received “an official confirmation from EMA that its application has been accepted” and that it was “up to EMA to determine the speed of the review process.”

The announcement follows a meeting between the Sputnik team and the European Medicines Agency on 19 January at which the vaccine’s development plan was discussed. The RDIF also said at that time that it had “filed a registration application” with the EMA, although this announcement turned out to be premature. (Also see "Sputnik V COVID-19 Vaccine Team Discusses EU Development Plan With EMA" - Pink Sheet, 20 Jan, 2021.)

It is not clear whether the EMA has formally accepted a marketing authorization filing for review, as it has made no announcement on its website. The Pink Sheet asked the agency for a comment, but no reply had been received by the time this article was published.

Sputnik V has now been registered in 23 countries, the most recent being Mongolia and Pakistan, both of which have issued emergency use authorizations, the RDIF said. The EUA in Mongolia was obtained with assistance from the fund’s local partner, Mongol Emimpex Concern, “the country’s leading pharmaceutical company,” it added.

The RDIF also announced that on 8 February the health ministry in Azerbaijan issued a permit to conduct clinical trials of a combination vaccine regimen involving the AstraZeneca PLC/Oxford University vaccine, AZD1222, and the Ad26 adenoviral vector component of Sputnik V.

The fund says that trials "will begin till the end of February". While it is not clear from this exactly when the trials will start – the Pink Sheet has asked the RDIF for clarification – the fund said in an earlier statement that trials would begin this week. (Also see "AstraZeneca & Sputnik V COVID-19 Vaccine Combo To Enter Trial" - Scrip, 5 Feb, 2021.)

An Azerbaijani news site reported the following on 9 February: "Azerbaijan has issued permission to conduct clinical trials of a combination of Sputnik V and AstraZeneca coronavirus vaccines, the country’s Health Ministry said on Tuesday. The clinical trials are planned to be launched by late February 2021."

RDIF CEO Kirill Dmitriev said the fund was “ready to develop cooperation with other manufacturers to increase the number of affordable and effective vaccines.” The partnership for clinical trials of the combination of the two vaccines was “the first and very important example of such cooperation in the world.”

Back in the EU, Pfizer and the European Commission have agreed on the supply of 300 million more doses of the Pfizer Inc./BioNTech SE coronavirus vaccine, Cominarty. The commission announced in early January that it had proposed to the member states the purchase of an additional 200 million doses of the vaccine, with the option to acquire a further 100 million doses, which would be delivered starting in the second quarter of 2021.

UK/CureVac Link Up Against Variants

Amid growing concern over the emergence of new variants of the SARS-CoV-2 virus, the UK government has announced a tie-up with CureVac NV on the rapid development of new vaccines against possible future variants, and has already placed an initial order for 50 million doses of new vaccines to be delivered later this year if needed. “This is in addition to the broader portfolio of 407 million doses already secured by the UK government to date,” it said.

Almost all vaccines developed through the partnership “will be variants of an existing jab by CureVac which is currently undergoing Phase 3 clinical trials, meaning it should be possible to accelerate clinical trials ahead of submission to the regulator for approval,” the government declared.

It said the process was similar to the annual reformulating of flu vaccines but it would be “updated and accelerated using the newly-proven mRNA technology that can be reformulated against variants more quickly than older and more traditional vaccine technologies.”

The UK's deputy chief medical officer, Professor Jonathan Van-Tam, said that while the vaccines currently being deployed in the UK – from Oxford/AZ and Pfizer/BioNTech – appeared to work well against the COVID-19 variants currently dominant in the UK, “the virus continues to mutate and it is likely that our vaccines will have to adapt to continue to offer the best possible protection.”

Van-Tam added that being able to create these new vaccines at speed would “allow our scientists to keep ahead of the virus as they do every year with the influenza vaccine.”

The government is setting up an expert advisory group to identify the future variants that the UK may face. Its work will involve using the UK’s Science Surveillance networks as well as genomic sequencing technologies and clinical trial capabilities to allow “the rapid identification of and response to virus variants.”

Meanwhile there is good news about the safety profile of the Oxford/AZ and Pfizer/BioNTech vaccines. The UK medicines regulator, the MHRA, said that routine monitoring and analysis had shown that “the safety of these vaccines remains as high as expected from the clinical trial data that supported the approvals.”

The agency added that the safety profile of the vaccines “remains positive and the benefits continue to far outweigh any known side-effects.”

Data published on 5 February showed that the agency had received 22,820 reports of suspected side-effects, “or an overall reporting rate of 3 in 1,000 doses of vaccine administered from 9 December to 24 January 2021.”

It said the “reassuring data” had shown that the vast majority of reported side-effects were mild and all were in line with other types of vaccine such as that for seasonal flu. They included “sore arms and mild ‘flu-like’ symptoms, which reflect a normal immune response to vaccines” and were short-lasting.

The MHRA has also published its safety surveillance strategy for monitoring all UK-approved vaccines, as well as the first of what will be regular COVID-19 vaccine safety reports giving details of suspected side-effects notified through the yellow card scheme.

Another COVID-19 vaccine, from Moderna, Inc., has also been the subject of a safety review, this time by the European Medicines Agency. In a 5 February report, the EMA said that on 28 January its pharmacovigilance risk assessment committee (PRAC) had discussed a review by Moderna of reports of suspected severe allergic reactions following administration of the vaccine at a site in the US.

The PRAC said that several cases of anaphylaxis had been reported as a cluster during vaccination at a site in San Diego, California, with vaccine from production lot 041L20A. It also noted that a US analysis of anaphylaxis after administration of first doses of the vaccine estimated the frequency at 2.5 cases per million doses between 21 December 2020 and 10 January 2021.

Following investigations, “the responsible US authorities did not identify a quality defect and allowed vaccination with the lot in question to resume,” the PRAC noted. “Based on the current information, no new safety concern regarding anaphylaxis was identified for COVID-19 Vaccine Moderna,” it declared.

The Moderna vaccine was approved in the EU in January.

On a wider scale, the World Health Organization has published a forecast of early availability of the Pfizer/BioNTech and AstraZeneca/Oxford vaccines through the COVAX Facility, which is intended to ensure equitable access to vaccines at the global level.

The document shows the “indicative distribution” of 240 million doses of AZD1222 licensed to Serum Institute of India and 96 million doses of the vaccine under the advance purchase agreement between the vaccines alliance Gavi and AstraZeneca. “Indicative distribution” provides interim guidance to allow preparations to be made for the final allocation of doses to each participant in the COVAX Facility.

Delivery of AZD1222 through COVAX is estimated to begin in late February, subject to Emergency Use Listing (EUL) by the WHO, manufacturing supply capacity, and “completion of pre-requisites”.

The document also gives an overview of the “exceptional first round allocation” of 1.2 million doses of the EUL-approved Pfizer/BioNTech vaccine for the first quarter of 2021.

Recipients of vaccines through COVAX are mainly low and middle-income countries, which the WHO refers to as “participants” in the Facility, and which are listed in alphabetical order together with predicted deliveries of vaccine doses.

“Total doses cover, on average, 3.3% of the total population of the 145 participants receiving doses from at least one manufacturer in the list detailed below,” the WHO says. “This is in line with the Facility target to reach at least 3% population coverage in all countries in the first half of the year, enough to protect the most vulnerable groups such as health care workers.”

The organization says that participants that do not appear in the list it has drawn up “have either exercised their rights to opt-out, have not submitted vaccine requests, or have not yet been allocated doses.”

Novartis Teams Up With CureVac To Make COVID-19 Vaccine