AstraZeneca COVID-19 Vaccine Data ‘Not Sufficient’ For Approval In Switzerland

Switzerland's medicines agency says it wants to see more data on AZD1222 before it can approve the vaccine. Also, a rolling review of Novavax's NVX-CoV2373, yet another COVID‑19 vaccine, is under way at the European Medicines Agency. 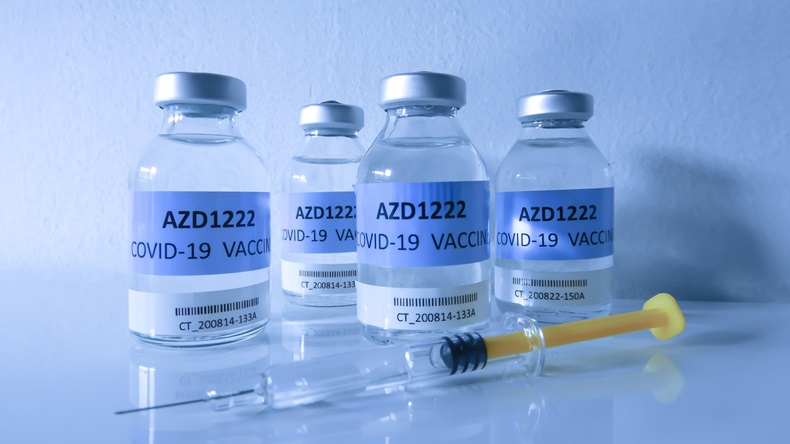 Source: Shutterstock The Oxford/AstraZeneca vaccine is under scrutiny again

In yet another twist to the ongoing debate over the Oxford/AstraZeneca PLC COVID-19 vaccine, the Swiss regulatory agency has said that the data the company has submitted so far “are not yet sufficient to permit authorization.”

In other COVID vaccine-related news, the European Medicines Agency has announced that its human medicines committee, the CHMP, has started a rolling review of NVX-CoV2373, a COVID‑19 vaccine being developed by Novavax, Inc. subsidiary Novavax CZ AS*.

Swissmedic, which is evaluating the AstraZeneca vaccine data under a rolling review, said that at an extraordinary meeting on 2 February, its external advisory body, the Human Medicines Expert Committee, “confirmed Swissmedic’s interim assessment of the AstraZeneca coronavirus vaccine based on the data analyzed to date.”

It said that the data currently available “do not point to a positive decision regarding benefits and risks.”

In order for a “conclusive assessment” to be made, Swissmedic said the applicant “will among other things have to submit additional efficacy data from a Phase III trial under way in North and South America, and these will have to be analyzed.”

As soon as those results have been received, “a temporary authorization according to the rolling procedure could be issued at very short notice,” Swissmedic declared.

The vaccine has already been authorized for use in the UK under an emergency procedure, and on 29 January it received a centralized conditional marketing authorization in the EU.

A spokesperson for the company told the Pink Sheet: “The AstraZeneca vaccine is currently being evaluated by Swissmedic on a rolling review process. We will continue to share new data as it becomes available and work with Swissmedic to make COVID-19 vaccine AstraZeneca available in Switzerland as soon as possible."

The spokesperson said the vaccine had now been granted a conditional marketing authorization or emergency use "in close to 50 countries, spanning four continents, including most recently in the European Union. We are confident that our vaccine is effective, well-tolerated, and can have a real impact on the pandemic.”

Questions have been raised in some quarters about the vaccine's efficacy in older patients, with Germany’s vaccine committee, for example, saying that it should not be given to the over-65s. However, despite agreeing that there were not enough results yet in people aged over 55 to show how well the vaccine would work in this age group, the European Medicines Agency said it should be approved for use in people aged 18 and over. (Also see "Europe Takes Leap Of Faith On AstraZeneca Vaccine" - Scrip, 29 Jan, 2021.)

The Swiss announcement came the day after new preliminary research findings suggested that the first dose of the vaccine was 76% effective against COVID-19 for up to three months, and that delaying the second shot for at least three months increased protection to an average of 82%. The research also suggested that the vaccine reduced transmission of the virus by 67%.

In a 3 February update on its website, Swissmedic said it was currently reviewing two applications for the authorization of COVID-19 vaccines. It said on Twitter: "Approval of the AstraZeneca and Johnson & Johnson vaccines depends on the quality of the documents still outstanding. It is thus difficult to predict the approval date. The rolling procedure means a decision can be made as soon as all the necessary information is available."

Swissmedic has already approved the Pfizer/BioNTech and Moderna vaccines.

The EMA said in its 3 February announcement that the CHMP’s decision to start the rolling review of  NVX-CoV2373 was based on preliminary results from laboratory studies (non-clinical data) and early clinical studies in adults. "These studies suggest that the vaccine triggers the production of antibodies and immune cells that target SARS-CoV-2, the virus that causes COVID‑19." the agency said.

The EMA added: "The company is currently conducting trials in people to assess its safety, immunogenicity (how well it triggers a response against the virus) and its effectiveness against COVID-19. EMA will evaluate data from these and other clinical trials as they become available. The rolling review will continue until enough evidence is available for a formal marketing authorization application."

*The information on the Novavax vaccine was added after the initial publication of this article.