For short-lived cell and gene therapies that must be given to patients before traditional sterility testing results can be obtained, the question is whether less sensitive rapid tests that can be completed in advance might be a better choice. Should manufacturers demonstrate a lack of viable microorganisms, or is it OK merely to show there aren’t enough of them to produce an “infectious dose”? 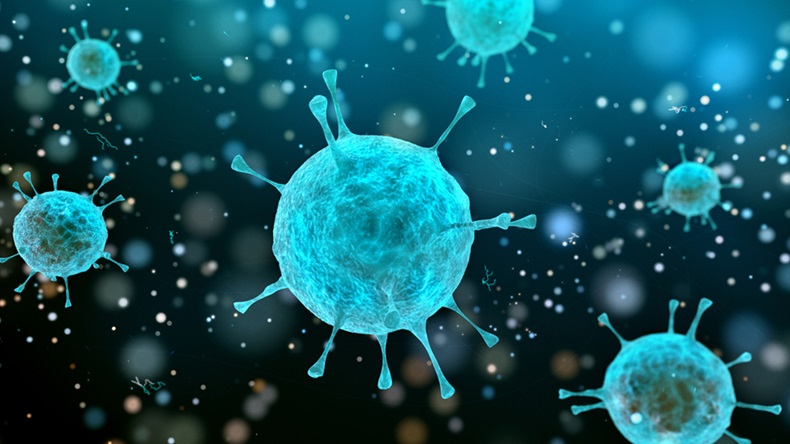 A risk-based approach USP has proposed for relying on rapid microbiological methods to check short-lived cell and gene therapies for contamination prior to use was hotly debated at a recent microbiology conference.

The debate shows that amid the excitement around short-lived autologous chimeric antigen receptor T cell therapies that have rescued some cancer patients from death’s door, there remains considerable anxiety around the possibility of inadvertently killing them with an infection introduced through the highly manual manufacturing processes that are involved.

As USP explains in its draft General Chapter <1071>, “each day of delay in the detection of microbial contamination may increase the morbidity and mortality of the recipients of contaminated products.”

However, as the pharmaceutical quality standard setting organization acknowledges, the rapid methods it describes have limitations of their own when compared to traditional growth-based sterility testing.

The chapter describes six rapid testing technologies some of which can obtain results within 30 minutes to a few hours; others within two to seven days. That’s compared to 14 days with traditional sterility tests. But there are tradeoffs, most notably involving higher detection limits.

USP’s approach to relying on alternative tests methods came under fire Oct. 17 at a Parenteral Drug Association microbiological meeting in North Bethesda, Md. There was some criticism over an “infectious dose” concept the pharmacopoeia introduced in the draft general chapter. Another topic of discussion: the progress made by regulators in accepting rapid methods – and their high analytical thresholds.

Michael Miller, president of Microbiology Consultants and owner of the rapidmicromethods.com website, said “these are very exciting times for microbiology within cell and gene therapy. We now have regulatory enablers that allow us to develop rapid sterility tests and I’m sure you’re as excited as I am because this is the future of personalized medicine.” Miller’s remarks were telecast from a simultaneous PDA microbiology conference in Berlin on Oct. 16.

Miller said that there are now five regulatory guidance documents and compendial chapters that recognize the limitations of measuring sterility of cell and gene therapy products using the traditional 14-day sterility tests and that recognize the utility of rapid methods to assess their sterility (see quick facts box below).

Miller said that these recent policy changes and compendial recommendations “help us put rapid sterility tests into the industry. It is much easier today than in the past.”

Miller cited the proposed USP General Chapter <1071> as one such enabler. USP is accepting comments until Nov. 30 on the proposal, published in the September-October 2018 Pharmaceutical Forum.

The proposed chapter, called “Rapid Sterility Testing Of Short-Life Products: A Risk-Based Approach,” states that these rapid microbiological methods can check short-lived drug products for sterility before they are administered. These tests can play an important role in measuring the sterility of short-lived products like cell and gene therapies, positron emission tomography (PET) drugs and compounded drugs.

The chapter states that “current growth-based sterility tests with an incubation period of at least 14 days are not suitable for short-life products or for products prepared for immediate use, which are usually infused into patients before the completion of the test. Patient safety is best served through the completion of a test that detects microbial contamination prior to use.”

It further notes that “one striking example from the clinical literature is that of bloodstream infections that are rapidly progressive infections with mortality rates of up to 40% and each day to delay in administering antibiotics leads to a 10% increase in mortality. In these cases, patient safety is clearly promoted by the completion of a sterility test prior to the administration.”

Miller noted that FDA, the EU and the European Pharmacopeia all have issued guidance recognizing rapid sterility tests.

There is a discussion in the chapter on the possible use of an “infectious dose” concept to measure sterility for rapid testing. The chapter says that the concept of an infectious dose is “well established” especially in food and clinical microbiology.

The chapter notes that “although the absence of viable microorganisms in product has generally been accepted as a definition of sterility, there is little or no evidence that 1 CFU is an infectious dose (i.e. clinically significant) for injectable products. To the contrary , well established evidence from the study of infection rates due to the administration of platelet concentrates to human cancer patients found that a detection threshold of at least 103 CFU/mL would predict 95% of all cases and a detection threshold of 102 CFU/ml would detect all cases (100%) suggest that the infectious dose may be 102 to 103 viable microorganisms, depending on the virulence of the microorganisms.”

In a stimuli article published in the September/October 2017 issue of the Pharmacopeial Forum, the authors propose allowing much higher limits for rapid methods. Growth-based methods can detect a single colony forming unit of microbial contamination per milliliter of drug product. However, the stimuli article says there is little evident of 1 CFU as being clinically significant.  (Also see "USP Mulls Rapid Sterility Testing Standards For Cell Therapies, PET Drugs And Sterile Compounding" - Pink Sheet, 27 Oct, 2017.)

Several microbiologists at the meeting said they were uncomfortable with the concept of an “infectious dose” in the proposed chapter and did not like the idea of allowing a certain threshold of microorganisms into drug products. Microbiologists often view sterility as an absence of viable microorganisms. This discussion emerged from a question and answer period following an update on USP activities on Oct. 17.

FDA’s Steven Langille, a microbiologist, said that the infectious dose threshold discussion in the proposed chapter “makes us uncomfortable. That information in that chapter that has a worldwide following for it to say it is OK for it not to be sterile and for organism to get into it. This makes us a little uncomfortable.”

Cundell said in response that “anytime something is driven in the human skin you are always driving organisms into the human body, and you should not underestimate the ability of the human body to not be affected by a small number of organism.”

Dennis Guilfoyle, a former FDA microbiologist now with Johnson & Johnson, concurred with Langille that “this issue of allowing allowable infectious dose to be included in this chapter, I disagree with this as well.”

One representative of Merck said that he supported the USP draft chapter. “I can assure you our patients will not be concerned about that infectious dose because they are near death.”

USP panel member David Hussong, an FDA veteran who is now the chief technical officer at Eagle, an analytical laboratory, said that the benefit of having the test, however imperfect, outweighs of the risk of not having a test at all. “We want to have product available for when patients need them, and time is of the essence for effective treatment.” Hussong is a member of the working group developing the chapter.

USP’s Radhakrishna Tirumalai observed that “in the end, a test is better than no test.”

From the editors of The Gold Sheet.