Novel Approvals Were Fewer But Faster At US FDA In 2016

While the total of 22 new molecular entities and therapeutic biologics approved in 2016 was lower than in recent years, the average time to approval was shorter than ever – thanks to historically high proportions of priority review agents and first-cycle approvals in the class. 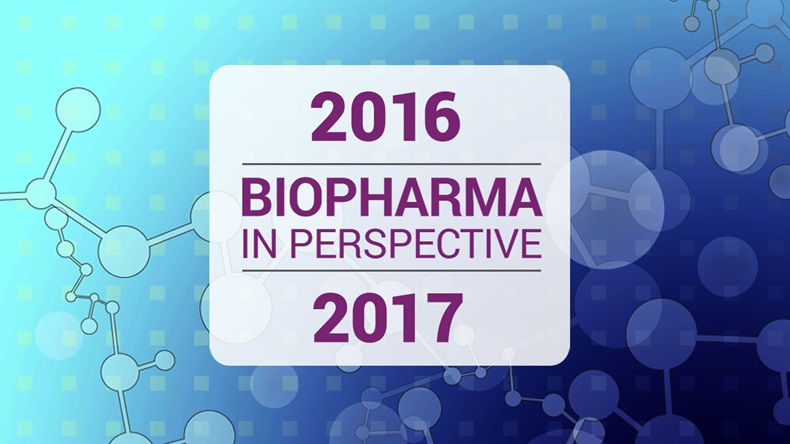 The average time from submission to approval for novel agents approved by FDA's Center for Drug Evaluation and Research in 2016 was only 10 months, the shortest average in the contemporary era.

Interactive chart of 2016 novel approvals from US FDA's Center for Drug Evaluation and Research.

But while speedy, the CDER class of 2016 is also unusually small. The final count of 22 novel approvals is the lowest annual total for the center since 2010, and is less than half of the almost two-decade high of 45 reached in 2015. (See sidebar for an interactive chart of CDER's 2016 novel approvals.)

The short average review time reflects the extremely high proportion of priority reviews among the approved products. More than two-thirds of the 2016 novel approvals received priority review, which comes with an eight-month review target (see infographic).

The short average review time is also partly the culmination of the declining numbers of complete response letters in recent years. The number of CRLs that CDER issued took a dramatic drop in 2010 and stayed low through 2015. (Also see "User Fee Extensions Are Key To CDER's First Cycle Review Success" - Pink Sheet, 18 Jan, 2016.) High first cycle approval rates beget more high first cycle rates in a virtuous cycle; when there are fewer CRLs, there are fewer responses to CRLs.

Only one of the approvals in 2016, Shire PLC's dry eye drug Xiidra (lifitegrast), required two review cycles. As a result, 2016 had the highest first-cycle approval rate ever from the contemporary FDA: 95%.

The trend toward fewer complete response letters, however, came to a sharp halt in 2016. CDER issued more than a dozen CRLs to NMEs and novel biologic applications in 2016, decisions that could lead to more multiple-cycle approvals in future years.

In 2016, however, the average of 10 months was less than the median of 11 months, due to the preponderance of fast approvals and the corresponding lack of any long-review outliers. The longest time to approval for any 2016 NME/NBE was Xiidra, at 16.5 months – not much longer than the average time in 2015.

Six of the 2016 priority review drugs were approved in advance of the user fee goal. Most of those very fast approvals came with the help of FDA's popular new breakthrough therapy designation (BTD) program. Seven novel breakthrough products cleared CDER in 2016, with an average time to approval of 6.7 months.

However, the shortest time to approval of any CDER 2016 approval – three months for Biogen and Ionis Pharmaceuticals Inc.'s Spinraza (nusinersen) – went to a product that did not have a BTD. As the first therapy for the orphan disease spinal muscular atrophy, Spinraza nonetheless addresses a serious unmet medical need.

While BTD gives sponsors an advantage during review, thanks to intensive communication with the agency during development and an "all hands on deck" approach to reviews of BTD applications, the designation is not a guarantee of a first cycle approval. Three BTD products received CRLs in 2016 – Portola Pharmaceuticals Inc.'s Andexxa (andexanet alfa), BioMarin Pharmaceutical Inc.'s Kyndrisa (drisapersen), and Clovis Oncology Inc.'s Xegafri (rociletinib). Portola is working toward resubmission of the anticoagulant reversal agent with a narrower indication; Duchenne muscular dystrophy drug Kyndrisa and lung cancer therapy Xegafri were discontinued.

2017 Complete Response Letters: Fewer Than 2016, Still More Than Years Past

A Year To Remember For US Drug Launches

Priority Review Designations In US: Third Quarter Spike Continues In 2017

NME Mid-Year Report: Approvals Might Near Record With Strong 2nd Half

A Pathway, Not A Shortcut: 505(b)(2) NDAs Have Longer Reviews Than NMEs

Novel US FDA Approvals Could Rebound In 2017: 40+ Candidates Already Under Review