The biopharmaceutical industry prevailed in California as the ballot initiative Proposition 61 to limit drug prices was defeated Nov. 8 by nearly an eight-point margin. But the defeat does not forestall future ballot efforts aimed at pharmaceutical price controls.

The vote on Prop 61 ended up with 53.8% voting no and 46.2% voting yes. If approved, it would have regulated prescription drug prices by requiring state agencies to pay no more than what the US Department of Veterans Affairs pays for a drug, which would effectively extend the discounts biopharma companies make available to the VA health system to people covered under other state health care programs, such as Medi-Cal and the California Public Employees Retirement System. (Also see "Calif. Prop 61 Raises Industry Concerns Over Ripple Effect" - Pink Sheet, 2 Nov, 2016.)

Prop 61 was the most expensive voter initiative before California voters this year, with roughly $110m spent on advocacy for and against the initiative. With strong opposition from the biopharmaceutical industry, advocacy spending against the referendum was estimated to be six times greater than that for the measure.

Ian Spatz, senior adviser at the health care consultancy Manatt Health, said he was not surprised by the vote, as it was due less to the potency of the issue at hand than to how poorly defined the ballot initiative was. 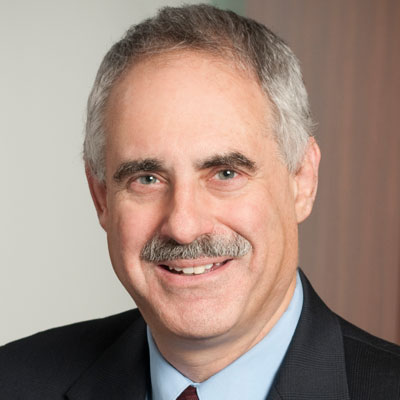 “It was poorly designed, poorly conceived and the opposition was well done, it was a well-done campaign, not just in terms of how much was spent but in terms of the work that was done to educate various constituencies about its flaws,” he told the Pink Sheet. He added that the clearest sign of that was the overwhelming editorial opposition to it among California newspapers.

Biopharma executives used the recent round of quarterly earnings calls to criticize the ballot measure, saying it was unclear how it would be enacted and warning that adoption could reduce access to certain drugs or mean increased prices for Californians outside the state and VA health systems. Spatz said these efforts ultimately proved effective in helping to defeat the initiative.

“I believe what was conveyed to the voters was just how poorly designed and thought through the proposition was, so that its impacts were not clear,” he said, and there were possible negative impacts that reinforced that.

“Any future initiative would have to be far better designed and more clear about how it was trying to accomplish its goals.” – Ian Spatz, Manatt Health senior adviser

The measure’s impacts on drug prices and drug access were not at all clear, Spatz added. But Prop 61’s defeat does not mean similar efforts won’t be tried again in California or elsewhere.

In a post-election analysis Nov. 9, Jefferies Equity Research analyst Brian Abrahams pointed out that there is a similar measure scheduled to be on Ohio’s state ballot in 2017. The California outcome “reaffirms the power of the biopharma lobby,” he added.

“Any future initiative would have to be far better designed and more clear about how it was trying to accomplish its goals,” Spatz asserted.

Abrahams pointed out that while Vermont’s state legislature has passed a law to increase pressure on drug pricing, similar bills have failed to pass in New York, Massachusetts, Minnesota, California and Virginia.

For more perspectives on how the US elections might affect pharma stakeholders, see these new articles:

And stay up to date with our US Election 2016 hot topic page.

“I think what pharma and its companies have made clear is that it will spare no expense in tackling ideas that it believes are bad for patients and bad for the industry,” Spatz said. “And anyone who wants to propose a ballot initiative will have to consider that.”

As to whether he thinks the victory by President-elect Donald Trump means that drug pricing will become less of a priority issue in general in American politics, the consultant said it’s too early to know, especially since Trump’s policy positions were so vague during the campaign. (Also see "President Trump And Drug Pricing: What To Expect" - Scrip, 9 Nov, 2016.)

“I think we’ve moved in a few hours from the certainty of Clinton positions on drug pricing to the uncertainty of Trump positions on drug pricing,” Spatz said. “We’re initially seeing markets reacting well to that, in terms of taking some of the pressure off of drug pricing, but I just don’t think we really know yet what policies that President-elect Trump might pursue or that those he appoints to his administration might seek to pursue. And also we don’t know what a Republican Congress would want to do about the issue, if anything.”

“So I don’t think there’s any way to say that drug pricing is off the table from a sense of government action at all,” he continued, “we just don’t know what direction anyone might go in that area.”

ICER And The VA: Match Made in Heaven?

Trump, Congress And The Future Of Value-Based Drug Contracting