EMA's PRIME Scheme: Why Nearly Four Out Of Five Fail To Make The Grade

The European Medicines Agency has told the Pink Sheet about the common mistakes companies are making in their bid to enter its popular priority medicines (PRIME) scheme. Meanwhile, applicants that have succeeded in getting accepted for the scheme talk of "convivial" and "efficient" discussions with the agency. 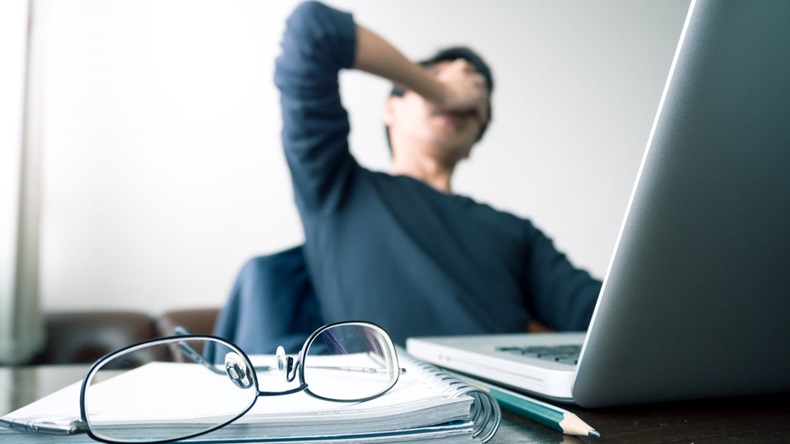 Almost four out of five of applications for entry in the European Medicines Agency's popular priority medicines (PRIME) scheme have failed to make the grade.

The most common mistake that applicants are making is that they are failing to provide enough evidence to support the claim that their product brings a major therapeutic advantage over existing treatments.

Just eight of the 37 applications that the EMA has received so far have been accepted for the scheme, which provides drug developers with enhanced support from the agency and could accelerate their product's review. Twenty nine applications have been rejected.

In addition, all five of the applications for drugs falling under the category of infectious diseases have been rejected – although an application for a product for Ebola has been granted eligibility to PRIME under the vaccines category.

Failure to meet PRIME's major therapeutic advantage criteria and show that a product has the potential to significantly address an unmet medical need is the main reason for applications in general being rejected, the EMA told the Pink Sheet.

"Overall, applications are prepared in line with our template and guidance and [are] of adequate quality to allow a review," the agency said of its experience with PRIME since it set up the scheme for companies and academic sponsors on March 7, 2016.

The EMA also highlighted other reasons for applications getting rejected. Its comments, which follow the release of statistics outlining which PRIME applications were accepted and rejected at the July meeting of its scientific committee, the CHMP, provide future applicants with insight on some of the mistakes to avoid when navigating PRIME's tough eligibility criteria.

"PRIME has generated a lot of interest from medicine developers", the EMA noted. But "insufficient strength of evidence provided" is mostly what is letting applicants down.

Regarding how applicants might increase their chances of submitting the data needed to support the claim that their product brings a major therapeutic advantage, the agency said they should "carefully consider" the available guidance and the document that the CHMP adopted in February.

Available data should support the major therapeutic advantage claim through a clinically meaningful improvement of efficacy, such as having an impact on the prevention, onset and duration of the condition, or improving the morbidity or mortality associated with the disease.

Too Late In Development Or Outside The Scope

There were other reasons for applicants being denied entry in PRIME. Several applications were for products that were "in late stages of development and for which the benefit of development support through PRIME was considered limited," the agency said.

Also, two of the 37 requests the EMA received were not processed or reviewed because it considered them to be outside PRIME's scope.

These two requests were submitted too early in their development, the agency said. "One request from an academic sponsor was supported by non-clinical data only and no clinical studies had been conducted to date," it explained. "According to our guidance, early entry for SMEs and academic sponsors requires that first-in-human studies be conducted to indicate adequate exposure for the desired pharmacotherapeutic effects and tolerability."

The other request, from a non-SME pharmaceutical company, included non-clinical data and tolerability data from initial clinical trials, but it was deemed to be "out of scope as only SMEs and academic sponsors can apply in such early stages of development."

The Problem With Infectious Diseases

Inadequate data to support a major therapeutic advantage was also the main reason why the applications for infectious diseases were rejected.

Nevertheless, the agency said it was pleased to have received five applications targeting infectious diseases. "This is a good sign."

On a positive note, unmet medical need was agreed in most requests received for this therapeutic area.

However, the agency said that in view of the small number of infectious disease applications received and because they covered "very different indications", it was too early to draw any conclusions on the trends in this therapeutic area. Among the indications targeted were treatments for invasive fungal infections, HIV and Clostridium difficile, and prevention of poliomyelitis.

The EMA said it remained "committed to supporting the development of anti-infectives," in particular in areas of unmet medical need and to help fight antimicrobial resistance. "We believe that PRIME can support and facilitate such developments." The agency was also keen to point out that in the "vaccines" category, a vaccine against Ebola was granted eligibility to PRIME.

The agency reminds applicants that a denial of PRIME designation is not the end of the road. "Medicines that are not eligible to PRIME can still add value to the therapeutic armamentarium by providing alternatives and incremental benefits over existing medicines in this important therapeutic area," it said. "Applicants not qualifying for PRIME support will continue to be able to request scientific advice/protocol assistance or may benefit from other support tools from the agency."

Asked which diseases were targeted by applicants in general, the EMA said the submissions covered a wide range of therapeutic indications where there were unmet medical needs and it was "pleased to have received applications in rare cancers and Alzheimer's disease."

Oncology is the most common therapeutic area targeted to date, with 12 applications (see Figure 1). It is also the therapeutic indication targeted in the most recent applications to be awarded PRIME designation, according to the statistics from the CHMP's July meeting: Adaptimmune's NY-ESO SPEAR T-cell therapy for treating patients with soft tissue sarcoma; and DNAtrix's DNX-2401 for treating recurrent glioblastoma. The agency publishes statistics on PRIME, including numbers of applications received, therapeutic areas and the breakdown per type of applicant, after each monthly CHMP meeting.

The six other applicants that have been granted PRIME designation since the scheme was launched in March are: ChemoCentryx (CCX168 for ANCA-associated vasculitis); Kite Pharma (KTE-C19 for lymphoma); Biogen (aducanumab for Alzheimer's disease); Novimmune (NI-0501 for hemophagocytic lymphohistiocytosis (HLH)); Merck (V920 for Ebola Zaire); and Novartis (CTL019 for pediatric patients with relapsed or refractory B cell acute lymphoblastic leukemia). Table 1 provides an overview of the applications that have been granted PRIME designation to date.

In Line With Expectations

The EMA commented that the number of applications received for PRIME was in line with its expectations and, "while it is too early to draw any firm conclusions," so was interest in the scheme by type of applicants (see Figure 2).

Of the 35 applications that the agency reviewed between March 7 and June 1, 20 were from SMEs and 15 from "other" (see Figure 3). "Other" includes large pharma companies and small enterprises that are not yet registered as SMEs, or academic sponsors that do not fulfil the EMA's definition of academic sponsors, e.g., if they have concluded an agreement with a pharmaceutical company.

"The number of applications… clearly shows the need for such an initiative from medicines developers, particularly SMEs," the agency told the Pink Sheet. "By providing proactive and early advice on a development plan, in particular through a kick-off meeting with a multidisciplinary group of experts from all relevant EMA scientific committees and working parties, PRIME helps developers of promising new medicines to optimize their development plans and gather high-quality data on their medicines."

The regulator confirmed that applications granted eligibility to PRIME had already been appointed a dedicated contact point at EMA. "Rapporteurs have been appointed in line with the process described in the [EMA's] Q&A. Kick-off meetings with the rapporteur and a multidisciplinary group of experts have taken place or are being organized."

Feedback from some of the companies that have made the grade is also encouraging.

ChemoCentryx told the Pink Sheet that it was "very impressed" with PRIME. "Our PRIME designation was based on Phase II data that demonstrated the potential for CCX168 to benefit patients with unmet medical needs – from our AAV program," said Thomas J. Schall, the company's President and CEO. "We found our conversations with EMA regarding PRIME to be convivial and collegial."

Kite Pharma is also positive about its experiences to date. "The interactions we’ve had thus far with the EMA have been positive and efficient," the company told the Pink Sheet. "We look forward to working closely with the CHMP and the CAT (the EMA's Committee for Advanced Therapies] as we advance our multi-center ZUMA studies and move toward the KTE-C19 marketing authorization application process."

The EMA has also started sharing information with the US Food and Drug Administration on PRIME designated products that have been granted breakthrough therapy designation (BTD) by the FDA. (Also see "EMA, FDA Get Together On Drugs Eligible For PRIME And Breakthrough Designation" - Pink Sheet, 2 May, 2016.)

The two schemes are similar in that they provide companies with enhanced support during their product's development so that innovative new medicines can reach patients faster, and a number of PRIME designated products also have BTD status. Kite Pharma, Novimmune, Merck, Novartis and Adaptimmune have all publicly disclosed that they have been awarded BTD status too.

The EMA confirmed that its exchanges with the FDA on PRIME and BTD started in July, and that they would take place on a quarterly basis. "As part of our confidentiality agreements, EMA and the US FDA regularly exchange information on their respective schemes," the agency added.

US FDA Raises Problems With EU Data Protection Reg, But Are They Among Those Misunderstanding It?