Omnibus legislation requires FDA to issue guidance documents and hold public workshops on clinical trial diversity, but it does not give the agency authority to mandate postmarketing studies if a preapproval trial falls short of demographic diversity goals. 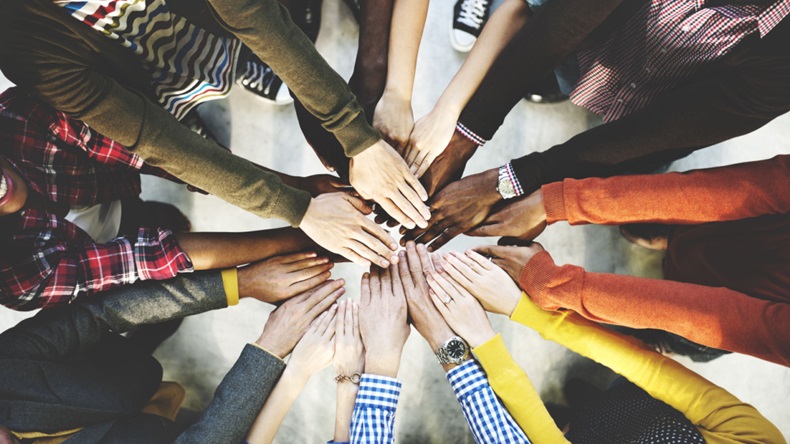 Source: Shutterstock Clinical trial diversity efforts will get a boost from the US government funding bill.

In their pre-Christmas government funding bill, US lawmakers were not in a giving mood when it came to bestowing the Food and Drug Administration with a lot of extra authority to ensure drug sponsors conduct sufficiently diverse clinical trials.

However, they also declined to give industry some safe harbor protections on use of digital health technologies and remuneration to patients in studies.

The Consolidated Appropriations Act of 2023 – the 4,155-page legislative package intended to fund the US government for the rest of the current fiscal year – contains a host of FDA policy riders that failed to make it into the “clean” user fee reauthorization that passed Congress at the end of September.

These riders included several initiatives targeted at promoting clinical trial diversity and modernizing trials that had been proposed in legislation throughout the year, including the Diverse and Equitable Participation in Clinical Trials (DEPICT) Act (H.R. 6584) and the Diversifying Investigations Via Equitable Research Studies For Everyone (DIVERSE) Trials Act (H.R. 5030).

Among the bits and pieces taken from these bills are a new requirement for drug sponsors to submit diversity action plans for pivotal trials, and a host of new or revised guidance documents from the FDA on clinical trial diversity, decentralized trials, and use of digital health technology in clinical studies.

As was the case with accelerated approval reforms that had been under consideration, several provisions in legislative proposals on clinical trial diversity did not find their way into the final funding package. (Also see "Accelerated Approval Reforms Give US FDA More Power And Flexibility – With Some Gaps" - Pink Sheet, 20 Dec, 2022.)

The DEPICT Act proposed to give the FDA authority to mandate postapproval studies or surveillance when clinical trials conducted to support a drug application did not meet the applicable enrollment targets in a sponsor’s diversity action plan and the agency determined that additional data could inform labeling. (Also see "Clinical Trial Diversity Measures Primed For Inclusion In US FDA User Fee Legislation" - Pink Sheet, 17 Mar, 2022.)

The House’s FDA user fee package, released in May, backed away from giving the FDA this ability, instead calling for the Secretary of the Department of Health and Human Services to evaluate whether the agency needs such authority.  (Also see "Clinical Trial Diversity: User Fee Bill Wants FDA’s Assessment Of Whether It Needs More Authority" - Pink Sheet, 4 May, 2022.) The omnibus funding bill does not even include language for an HHS evaluation of the issue.

However, the lack of such express authority has not stopped some FDA review divisions from emphasizing the need for adequate diversity in confirmatory trials as a condition of accelerated approval.

In several recent cancer drug accelerated approvals, including Janssen Biotech Inc.’s Tecvayli (teclistamab-cqyv) for multiple myeloma and Taiho Pharmaceutical Co. Ltd.’s intrahepatic cholangiocarcinoma treatment Lytgobi (futibatinib), the agency has included language in postmarketing requirements about the need to ensure that racial and ethnic minorities are adequately represented in the confirmatory study population relative to the disease prevalence in these US subgroups.

Concerns about clinical trial diversity, and the lack of generalizability to racial and ethnic minorities in the US, also have factored into the Oncology Center of Excellence’s skepticism and rejection of applications based solely on studies conducted in China. (Also see "‘Regulatory Flexibility’ For Innovent/Lilly’s Sintilimab Not Warranted, US FDA Says" - Pink Sheet, 8 Feb, 2022.)

In some cases, reimbursement considerations are proving to be a powerful incentive to ensuring the diversity of clinical trials.

The Centers for Medicare and Medicaid Services cited a lack of diversity in the pivotal studies for Aduhelm as key concern when it decided to limit coverage for this and similar anti-amyloid drugs that receive accelerated approval only to use in clinical trials.

In an effort to reduce barriers to clinical trial participation, the DIVERSE Act proposed a safe harbor for remuneration to study subjects that facilitates equitable inclusion of patients from all relevant demographic and socioeconomic populations and is related to trial participation. (Also see "Decorating The 'Christmas Tree’: US House Bills That Could Be Tacked Onto FDA User Fee Legislation" - Pink Sheet, 1 Apr, 2022.)

The bill also proposed a safe harbor for free provision of digital health technologies by drug or device manufacturers to clinical trial participants.

Neither of these safe harbors made it into the omnibus legislation.

The omnibus instead relies on a codification of the FDA’s current proposal for diversity action plans, as well as a combination of guidance documents and public meetings, to accomplish its goals for promoting greater diversity in clinical studies.

The legislation would require that drug sponsors submit diversity action plans for Phase III or other pivotal studies. The plans should include the sponsor’s goals for enrollment and supporting rationale, and an explanation of how they intend to meet those goals.

The FDA may waive the requirement for a diversity action plan based on what is known about the prevalence or incidence of the disease or condition at issue, if conducting a study in accordance with a plan would be impracticable, or if a waiver is necessary to protect public health during a public health emergency.

Such plans should be submitted “as soon as practicable,” but no later than the date when the protocol for a Phase III or other pivotal study is submitted to the agency. A sponsor subsequently may submit modifications to the plan.

The FDA may waive the requirement for a plan based on what is known about the prevalence or incidence of the disease or condition at issue, if conducting a study in accordance with a diversity action plan would be impracticable, or if a waiver is necessary to protect public health during a public health emergency.

The legislation requires that the FDA submit to Congress and publish on its website annual reports summarizing in aggregate the diversity plans received, whether clinical studies conducted for approved drugs and biologics met their demographic subgroup enrollment goals, and reasons why such goals were not met.

In April, the FDA issued draft guidance on the development of race and ethnicity diversity plans for clinical trials. The guidance states that sponsors should submit a plan as soon as practicable during drug development but no later than when seeking feedback on pivotal trials, often at the end-of-Phase II meeting. (Also see "US FDA Calls For Clinical Trial Diversity Plan ‘As Soon As Practicable’ In Product Development" - Pink Sheet, 18 Apr, 2022.)

The guidance also includes the recommended elements that plans should contain, such as specific actions aimed at enrolling and retaining diverse participants.

Despite the existing draft guidance, sponsors have some time to prepare for full implementation of the new requirements under the omnibus legislation.

The requirement for sponsor submission of diversity action plans “shall apply only with respect to clinical investigations for which enrollment commences after the date that is 180 days after publication of final guidance required under this section,” the legislation states.

The agency also is on the hook for issuing guidance documents on decentralized trials, use of digital health technologies in trials, and “seamless, concurrent and other innovative trial designs.”

The agency issued draft guidance in December 2021 on digital health technologies for remote data acquisition in clinical investigations. Decentralized trials is listed as a topic on the Center for Drug Evaluation and Research’s guidance agenda for 2022.

The agency also must conduct public meetings on clinical trial diversity and clinical study flexibilities initiated in response to the COVID-19 pandemic. (See table for timeline and specifics.)

Decorating The 'Christmas Tree’: US House Bills That Could Be Tacked Onto FDA User Fee Legislation

‘Regulatory Flexibility’ For Innovent/Lilly’s Sintilimab Not Warranted, US FDA Says