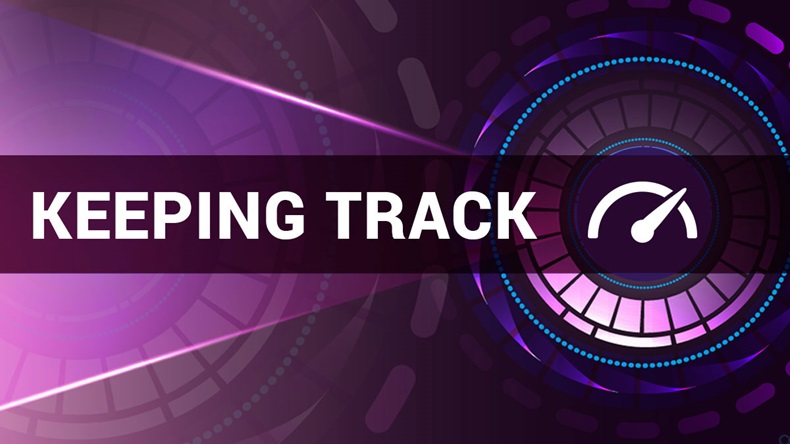 Activity in oncology at the US Food and Drug Administration perked up in the first half of October, especially in women’s health indications and the CAR-T therapy space.

The approvals also highlighted some broader trends, including the progression of immuno-oncology in earlier lines of therapy and the popularity of the FDA’s Real-Time Oncology Review (RTOR) pilot program.

Genentech, Inc.’s Tecentriq (atezolizumab) added a fifth non-small cell lung cancer indication to its US label on 15 October, opening use of the PD-L1 inhibitor immuno-oncologic to patients early in their treatment journey. “Tecentriq is now the first and only cancer immunotherapy available for adjuvant treatment of NSCLC,” Genentech declared.

The new indication provides for Tecentriq to be used as adjuvant treatment following resection and platinum-based chemotherapy in patients with stage II to IIIA NSCLC whose tumors have PD-L1 expression on ≥ 1% of tumor cells, as determined by an FDA-approved test. The FDA approved Ventana Medical Systems’ Ventana PD-L1 (SP263) assay as a companion diagnostic.

The adjuvant claim is based on an interim analysis of the open-label Phase III IMpower010 trial, which enrolled 1,005 patients who had completed tumor resection and cisplatin-based adjuvant chemotherapy. The primary efficacy analysis was conducted in 476 patients with PD-L1 expression on ≥ 1% of tumor cells, as reflected in the indication.

When Genentech presented interim data in March 2021, it commented that the magnitude of benefit on the primary endpoint – disease-free survival (DFS) – was “particularly pronounced” in the PD-L1-positive population. (Also see "Roche’s Tecentriq Glows In Pivotal Trial For Early Lung Cancer" - Scrip, 22 Mar, 2021.)

The risk of disease recurrence or death was reduced by 34% in the atezolizumab efficacy analysis patients compared with the control arm of best supportive care, Genentech reported. On the primary endpoint of disease-free survival, the median was not reached in the Tecentriq arm; DFS for best supportive care was 35.3 months, the FDA summarized.

The FDA conducted its review of Tecentriq for adjuvant NSCLC in conjunction with regulators from Australia, Brazil, Health Canada, Switzerland, and the UK under the FDA Oncology Center of Excellence’s Project Orbis initiative to provide a framework for concurrent submission and review by international partners.

The FDA boosted the labeling of an IO rival of Tecentriq, Merck & Co., Inc.’s Keytruda (pembrolizumab), on 13 October when it approved a new first-line cervical cancer indication and converted an earlier accelerated approval in chemotherapy-experienced cervical cancer patients to full approval. The approvals came four months ahead of the user fee goal date, the agency said.

Both indications are limited to patients whose tumors express PD-L1 (Combined Positive Score [CPS] ≥1) as determined by an FDA-approved test.

The approvals are based on the Phase III KEYNOTE-826 trial, which enrolled 617 women with persistent, recurrent or first-line metastatic cervical cancer who had not been treated with chemotherapy. Enrollment was irrespective of PD-L1 expression status, but the primary endpoint analysis was conducted in the 548 patients (89%) whose tumors expressed PD-L1 with a CPS ≥1.

Median overall survival was 16.3 months in the control arm, who received chemotherapy with or without bevacizumab, the FDA reported. Median OS was not reached in the treatment arm, which received Keytruda in addition to chemotherapy, with or without bevacizumab. Median PFS was 10.4 months in the Keytruda arm and 8.2 months for control. (Also see "Keytruda Cements Cervical Cancer Leadership With First-Line Nod" - Scrip, 14 Oct, 2021.)

“This is the first and only PD-1 antibody to have established this benefit in the front-line treatment of cervical cancer,” Merck chief medical officer Roy Baynes told a 20 September 2021 teleconference in conjunction with the release of KEYNOTE-826 data at the European Society of Medical Oncology congress.

The approved first-line indication tracks with the KEYNOTE-826 design, covering Keytruda in combination with chemotherapy, with or without bevacizumab, in chemotherapy-naïve patients with persistent, recurrent or metastatic cervical cancer with tumors that express PD-L1 (CPS ≥1).

KEYNOTE-826 was also designed as the confirmatory trial for Keytruda’s June 2018 accelerated approval as a single agent for patients with metastatic or recurrent cervical cancer with disease progression on or after chemotherapy with tumors that express PD-L1 (CPS ≥1). Agilent Technologies, Inc.’s Dako PD-L1 IHC 22C3 assay was approved as a companion diagnostic at the time of accelerated approval.

The Verzenio application was evaluated under the FDA’s RTOR pilot program and used the Assessment Aid. The review took a standard length of time for the agency to complete, however: the sNDA was submitted on 17 December 2020, which would translate to a standard review user fee goal of 17 October – less than a week after the approval.

The new indication provides for use of Verzenio in combination with endocrine therapy (tamoxifen or an aromatase inhibitor) for adjuvant treatment of adults with hormone receptor (HR)-positive, human epidermal growth factor receptor 2 (HER2)-negative, node-positive, early breast cancer at high risk of recurrence and a Ki-67 score ≥20%, as determined by an FDA approved test.

The FDA approved the Dako Ki-67 IHC-MIB-1 pharmDc assay as a companion diagnostic for the indication. Ki-67 testing could be a challenge for Verzenio uptake in early breast cancer because, while physicians commonly perform such tests for prognostic purposes, doctors are unfamiliar with using the testing to select treatments. (Also see "Lilly’s Early Bird Verzenio Goes After Up To S4bn Worm With Early Breast Cancer Nod" - Scrip, 13 Oct, 2021.)

Verzenio was evaluated in the monarchE trial, a two-cohort study that enrolled adult women and men with HR-positive, HER2-negative, node-positive, resected, early breast cancer with clinical and pathological features consistent with a high risk of disease recurrence. Patients received standard endocrine therapy, with or without Verzenio.

The major efficacy outcome in the trial measured invasive disease-free survival (IDFS); overall survival data are not yet mature, the FDA noted. In the 2,003 patients with a Ki-67 score ≥20%, IDFS at 36 months was 86.1% for the abemaciclib arm and 79% for the control arm.

…Another BTD For Enhertu….

Daiichi Sankyo Co., Ltd. and AstraZeneca PLC’s plan to bring their antibody-drug conjugate Enhertu (fam-trastuzumab deruxtecan-nxki) into earlier lines of breast cancer therapy got a boost with a new breakthrough therapy designation from the FDA.

…But End Of The Road For Oral Paclitaxel?

Athenex, Inc. and Hanmi Pharmaceutical Co., Ltd.’s oral paclitaxel formulation appears to have hit a wall at the FDA. After a Type A meeting with the FDA to discuss a February 2021 complete response letter for treatment of metastatic breast cancer, Athenex announced on 11 October that “we have determined to redeploy our resources to focus on other ongoing studies of oral paclitaxel” and its T-cell therapy pipeline.

The meeting was intended to review Athenex’ proposed design for a new clinical trial with FDA. The CRL called for a new study due in part due to uncertainty around the primary endpoint, which relied on a blinded independent review process to determine objective response rate. (Also see "Keeping Track: US FDA Acts On 5 Novel Drugs: Approval For Fotivda, Pepaxto, Azstarys; CRLs For Defencath and Oral Paclitaxel" - Pink Sheet, 15 Mar, 2021.)

Kymriah is indicated for ALL patients aged 25 or younger, while Tecartus is intended for patients aged 18 years and older. (Also see "Gilead/Kite’s Tecartus Moves Into Leukemia With Second US Indication" - Scrip, 4 Oct, 2021.)

The Tecartus ALL indication, which holds a breakthrough therapy designation, is based on the single-arm ZUMA-3 trial. Of the 54 patients evaluable for efficacy, 52% achieved complete response within three months of infusion, one of the efficacy outcome measures used to support approval, the FDA reported. The analysis also looked at duration of CR, which was “estimated to exceed 12 months for more than half the patients,” the FDA said; with a median 7.1 months of follow-up for responders, the median duration of CR was not reached.

The second-line LBCL application is based on the 359-patient Phase III ZUMA-7 study, which tested Yescarta against the standard of care, including salvage chemotherapy and ASCT. ZUMA-7 has “the longest follow-up – over two years – of any Phase III CAR T-cell therapy trial,” Kite noted.

Top-line analysis of ZUMA-7 demonstrated superiority of Yescarta to standard of care on the primary endpoint of event-free survival, the company reported, with data showing a “clinically meaningful 60% reduction in risk of EFS events versus standard of care.”

AstraZeneca Looks To Muscle In On BMS-Dominated Neoadjuvant NSCLC Setting

Gilead/Kite’s Tecartus Moves Into Leukemia With Second US Indication

Enhertu Poised To Rewrite The Standard Of Care After ESMO