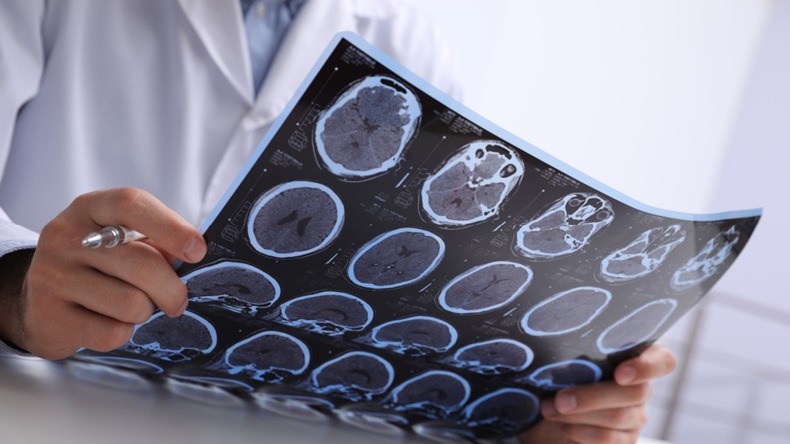 Eisai and Biogen’s amyloid-targeting antibody, which will be marketed as Leqembi, became the second drug of its type to gain US Food and Drug Administration accelerated approval on 6 January.

A relatively favorable label in terms of safety could be key to helping the drug establish a foothold in what has proven to be a difficult market. While lecanemab is expected to perform better than Biogen’s Aduhelm (aducanumab) – the first drug approved with the goal of slowing Alzheimer’s disease progression – considerable uptake is far from a sure bet. (Also see "How Biogen’s Aduhelm Bet Became A Commercial Bust" - Pink Sheet, 6 Jun, 2022.)

The clinical meaningfulness of the antibody’s observed benefit in trials is an open question that may create a barrier to coverage by Medicare, the main health insurer for the drug’s patient population. (Also see "Lecanemab Data On Benefit In Alzheimer’s Might Satisfy FDA – But What About Medicare?" - Pink Sheet, 30 Nov, 2022.)

Combined with serious safety concerns and a high price tag, the sponsors need every advantage they can get.

This is why lack of strong safety labeling could be so important.

“There’s no contraindication, no boxed warning and no REMS,” Ivan Cheung, Eisai’s global Alzheimer’s disease officer and US CEO, told our Scrip colleague Mandy Jackson in an interview.

“REMS in practical terms is useful in the real world when a specific subpopulation needs to be excluded, which is not the case here as the labeled indication is already a narrow indication to [mild cognitive impairment] or mild Alzheimer’s disease with amyloid-beta conformation.”

“We believe in that benefit/risk profile existing across this narrow population,” Cheung added.

How narrow the labeled indication is may be up for debate given it is very similar to Aduhelm’s current label, which many critics continue to feel gives physicians too much prescribing leeway.

The first sentence of Leqembi (lecanemab-irmb)’s indication says it is indicated for the treatment of Alzheimer’s disease. However, the label then goes on to say it should be initiated in patients with mild cognitive impairment or mild dementia stage of disease. Presence of amyloid-beta pathology should be confirmed prior to initiating treatment.

This indication, which confines the population to that studied in clinical trials, contrasts to the initial much broader indication for Aduhelm, which was swiftly changed by FDA. (Also see "‘Embarrassing About-Face’: FDA’s Aduhelm Labeling Change Does Little To Improve Frustration Over Alzheimer’s Approval" - Pink Sheet, 8 Jul, 2021.)

However, it’s not until page six of the label in the longer warnings and precautions section that there is discussion about the potential risk for ARIA and brain hemorrhages, particularly in the instance of concomitant anti-thrombotic medication use.

The label says “additional caution should be exercised when considering the administration of anti-thrombotic or other thrombolytic agents to a patient already being treated with Leqembi.” Eisai notes this is not a contraindication.

The Phase II study excluded patients from enrollment for baseline anticoagulant use, though antiplatelet medications were allowed. If anticoagulant medicine was used during the study because of intercurrent medical events that required treatment for four weeks or less, treatment with Leqembi was suspended, the label says.

The longer warnings and precautions section notes that one patient in the Phase II trial reported intracerebral hemorrhage greater than 1 cm in diameter after treatment with drug compared to none on placebo.

It follows with a line that “events of intracerebral hemorrhage, including fatal events, in patients taking Leqembi have also been reported in other studies.”

Just days before the drug’s accelerated approval, the New England Journal of Medicine published a case study about the death of a 65-year-old woman who received lecanemab and the IV anticoagulant, tissue plasminogen activator (t-PA), for stroke and died due to brain hemorrhage. (Also see "Is Lecanemab Plus t-PA A Deadly Combination? One Case Study May Shed Light" - Pink Sheet, 4 Jan, 2023.)

The patient was involved in the open-label extension of the drug’s Phase III trial, Clarity AD. Another death associated with brain hemorrhage occurred in the lecanemab Phase III program, also in the extension study – in an 87-year-old man taking the anticoagulant Eliquis (apixaban).

But these details aren’t highlighted in the label because of the unusual situation at play. The sponsors filed for an accelerated approval on the Phase II trial in the summer of 2022. Their Phase III study read out in the fall, Eisai filled for full approval the same day it won the accelerated nod, and the companies may get a full approval by September 2023. (Also see "Lecanemab Conversion From Accelerated To Full Approval Could Be Among Fastest Ever" - Pink Sheet, 28 Sep, 2022.)

Furthermore, while two investigators of the Phase III trial argued in NEJM the 65-year-old woman’s death in the Phase III extension study “raises important management issues for patients with Alzheimer’s disease, particularly patients who are homozygous for the APOE ε4 allele,” the accelerated approval labeling doesn’t raise any particular concern in this regard, noting “the recommendations on management of ARIA do not differ between ApoE ε4 carriers and noncarriers.”

The downside for Eisai of course is that while the Phase III safety concerns are glossed over, the positive Phase III efficacy data doesn’t make it into the accelerated approval label either.

The approval letter for Leqembi requests expedited reporting of deaths in ongoing studies and of deaths resulting from cerebral hemorrhage greater than 1 centimeter in size in the post-market setting.

Biannual reports on ARIA and on any incident of cerebral hemorrhage greater than 1 cm in size must also be reported to FDA.

There are no post-marketing requirements or commitments however related to evaluation of safety of the drug in patients taking concomitant anticoagulants.

While FDA is not requiring any formal safety programs, Eisai touted the “user-friendly” tables included in the drug’s label that will help physicians understand what to do if ARIA-E or ARIA-H are observed.

The company is also voluntarily launching a program called “Understanding ARIA,” which will offer a self-directed educational models for physicians, live interactive educational sessions conducted by a third-party, and continuing medical education.

[Editor’s note: This story has been updated to reflect Eisai’s filing of the supplemental BLA for full approval of lecenemab.]

Is Lecanemab Plus t-PA A Deadly Combination? One Case Study May Shed Light

Lecanemab Data On Benefit In Alzheimer’s Might Satisfy FDA – But What About Medicare?