US is going after fraudulent clinical trial conduct, and sponsors may be faced with determining the breadth of such fraud, whether studies will be delayed and impacts on other development programs; how a sponsor handles potential fraud could define their future interactions with FDA, DoJ. 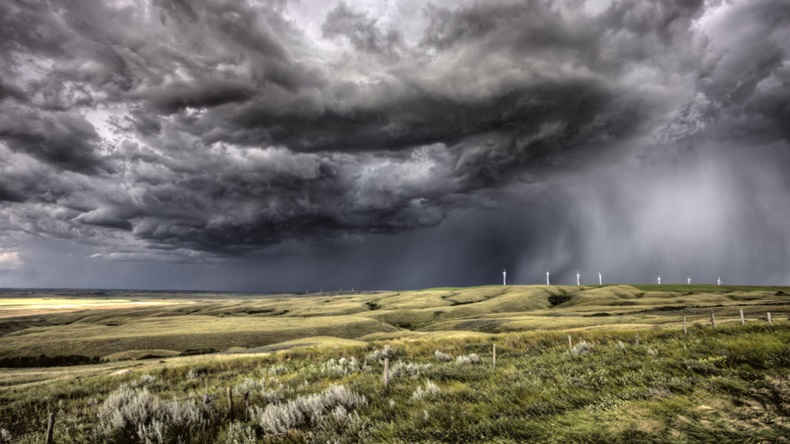 Source: Shutterstock Findings of research misconduct can cast a 'cloud of unreliability' over all the data from a particular site or investigator.

Biopharma manufacturers whose clinical trials are marked by data integrity concerns must navigate a host of potentially negative consequences, including reputational damage with the US Food and Drug Administration, questions about a study’s overall veracity and viability, and the impact on other research programs.

During a panel discussion at the Food and Drug Law Institute’s recent Enforcement, Litigation and Compliance Conference, an FDA official and industry attorneys highlighted recent findings of clinical research misconduct by the Department of Health and Human Services’ Office of Research Integrity (ORI), warning letters issued by the FDA’s Office of Bioresearch Monitoring Operations (OBIMO), and Department of Justice prosecutions for clinical trial fraud.

There have been a number of cases in the past two years “where we've actually had folks who have been sent to jail and ordered to pay restitution. For BIMO, that's really exciting. We don't normally get cases like that.” – FDA’s Chrissy Cochran

The FDA and DoJ’s Consumer Protection Branch have been very public in their efforts to make combating clinical trial fraud and data integrity issues a high priority, and it appears this will remain an area for continued scrutiny and enforcement. (Also see "Clinical Data Fraud Involving CROs Attracting US Justice Department Attention" - Pink Sheet, 21 Oct, 2019.)

Data integrity “is an area of focus,” said Blake Wilson, a partner at Hogan Lovells in Philadelphia. “It's been brought up by the Biden Administration. It's been discussed by people at FDA in the management. And so this is really across the board a place where the US government is looking to enforce and find fraudsters and bad actors.”

“We are working very closely, particularly with this administration, on enforcement in regards to prosecutions,” said FDA OBIMO director Chrissy Cochran.

There have been a number of cases in the past two years “where we've actually had folks who have been sent to jail and ordered to pay restitution," Cochran said. "For BIMO, that's really exciting. We don't normally get cases like that.”

Why Sponsors Should Pay Attention

There were 11 Federal Register notices in fiscal year 2022 with ORI findings of research misconduct that involved Public Health Service support or funding. These cases included falsified data submitted in National Institutes of Health grant applications and PHS-supported publications. These cases resulted debarment periods of up to four years and supervision periods of up to 12 years.

Sponsors should pay attention to these types of ORI findings because industry-sponsored research is happening at these same sites, often with the same research personnel and investigators, Tibbets said.

“While ORI is focused on applying its administrative tools in the case of PHS-funded research activities, industry should take note where these activities or actions are occurring and what relationships they might have with planned research, past research or upcoming research that involves any of these staff and think about what it might mean for them,” she said.

She also reviewed recent warning letters issue by the FDA for good clinical practice violations, as well as a notice of disqualification proceeding issued to a clinical investigator, Yvelice Villaman Bencosme, who was found to have repeatedly submitted false information and reports to the agency in an industry-sponsored pediatric asthma drug study conducted at Unlimited Medical Research.

Villaman Bencosme pleaded guilty to one count of conspiracy to commit wire fraud and was sentenced to 63 months in prison. She was one of several individuals who pleaded guilty or were convicted in the case brought by DoJ.

Although ORI findings and other types of administrative actions can be career-ending for the individuals involved, they also can impact medical product sponsors whose studies were at issue, Tibbets said.

“Are you as a sponsor now having to think about site closure and beginning those kinds of proceedings? And then what other impacts might any of these discoveries have on other research programs?” – Goodwin Procter’s Julie Tibbets

“It can really cast a cloud of unreliability over the data coming from a particular research team, a particular investigator or even the research site,” Tibbets said, adding that sponsors need to consider how broad or deep such problems go. “Are you as a sponsor now having to think about site closure and beginning those kinds of proceedings? And then what other impacts might any of these discoveries have on other research programs?”

“As you internally may investigate findings or allegations of research noncompliance or data integrity concerns, did those data support other INDs that you may have pursued [and] what kind of spillover effect might occur there? Does loss of data from a particular site now affect the … powering for your study? Do you have timeline delays, more patients you need to enroll that you weren't planning to have to enroll?”

Sponsors also need to consider whether findings of research misconduct or data integrity issues could give rise to a clinical hold. In addition, companies must consider whether they should pursue a protocol amendment, retrain site staff, and work through a corrective and preventive action plan for avoid further problems in their trials, Tibbets said.

Sponsors also must “be mindful of what type of reputational damage it can really cause with the review division with FDA,” she said. “Sponsors work so hard to build those good relationships.”

In addition, public companies and firms in the midst of an acquisition need to consider their reporting obligations, whether it be to investors and the Securities and Exchange Commission, or as part of a due diligence proceeding. “That can be a really hard analysis to conduct because often the early information is not yet refined about whether there's really legs on the complaint that has been raised.”

More recently, a Miami grand jury in October charged three defendants for their roles in a scheme to fabricate and falsify clinical drug trial data at AMB Research Center.

Wilson noted the Unlimited Medical Research fraud came to light because the drug sponsor, whose identity has not been publicly disclosed, flagged data integrity concerns and reported them to the FDA.

“That's an instance where you have a corporate actor who's stepping up. They observe something that looked fishy in the data, and then they reached out to the proper authorities, and that's probably why they're left unnamed at this point and aren't having their information dragged into this.”

The FDA’s Cochran said OBIMO receives approximately 1,000 complaints a year. “A lot of it comes from sponsors or from study coordinators or other study staff who are saying, ‘Hey, we think there's an issue here.’”

She invited sponsors and experts who work with sponsors who see data irregularities to bring them to the agency’s attention. “And then we can kind of not quite take it off your hands, but we can look at it from another perspective as well.”

He noted recent public comments by CPB assistant director Clint Narver who said that even in cases where an FDA inspection results in a “voluntary action indicated” or “no action indicated” recommendation, DoJ still may decide to investigate using tools not at the FDA’s disposal, such as subpoenas. (Also see "Clinical Data Integrity: Clean US FDA Inspection No Guarantee That DoJ Won’t Investigate" - Pink Sheet, 7 Nov, 2022.)

You can't have the straight silo reporting to only your supervising director who may be complicit in what's occurring at the site. You have to have avenues to get around the people who aren't your direct supervisor in order to have adequate escalation.” – Hogan Lovells’ Blake Wilson

“I think that's a pretty strong statement of their eagerness to go after these cases,” Wilson said, adding that DoJ has indicated it is interested in the entire clinical trial enterprise, not just site staff who are committing fraud but also contract research organizations and sponsors who may be fabricating information and submitting it to the FDA.

Wilson stressed the importance for sponsors of having proper oversight, as well as reporting and escalation procedures, in place to catch data integrity issues. “You can't have the straight silo reporting to only your supervising director who may be complicit in what's occurring at the site. You have to have avenues to get around the people who aren't your direct supervisor in order to have adequate escalation,” he said.

How a sponsor handles potential fraud also will define their interactions with the FDA and DoJ going forward, he said. “Did you investigate quickly? And did you raise it to the proper authorities when you believed that there was actual fraud occurring? I think holding off definitely puts companies in a bad position when they want to later interact with the Department of Justice or FDA at the inspectional level.”

When it comes to clinical data fraud, patient safety, human capital and monetary resources, in the form of private investment, grants and reimbursement, are at risk and will drive enforcement, Wilson said.

He highlighted two areas ripe for closer scrutiny: COVID-19 emergency use authorization funding, and grants both before and after fraud occurs.

On the issue of grant funding, he cited the potential for clinical investigators to pursue additional grants on the basis of falsified study data.

“You might ask if you didn't have a study that worked out, why would you try to go get more money to run further? And it's because people believe in their products, they believe that a therapy may actually work, and it just didn't work out at that initial stage. But that is a continuation of the same type of fraud,” he said.

“So using falsified data or data that you know is falsified to pursue a grant with the government could also be something that lands you in hot water with the Department of Justice.”

The Quality Lowdown: Enforcement And Compliance During A Lingering Pandemic