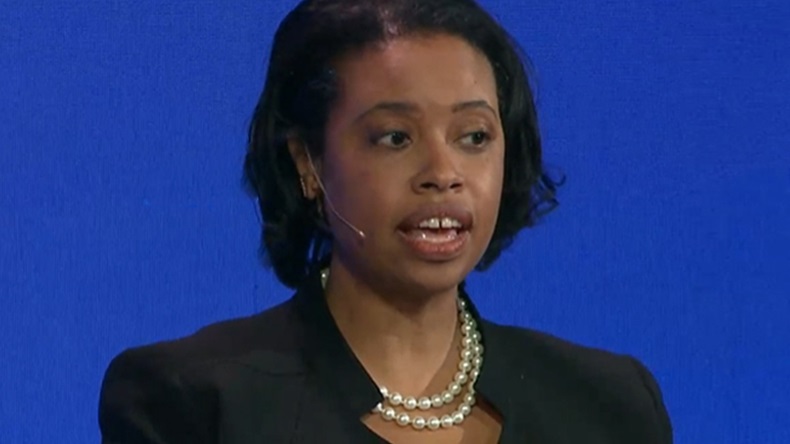 Source: Milken Institute CMS Administrator Chiquita Brooks-LaSure is charged with implementing the redesign of Part D along with the new price negotiation program.

The Centers for Medicare and Medicaid Services is focused on building an internal group to implement and operate the Medicare drug price negotiation and price inflation rebate programs established by the Inflation Reduction Act, CMS Administrator Chiquita Brooks-LaSure said during the Milken Institute Future of Health Summit on 8 December.

But contracting some roles to outside groups such as the Institute for Clinical and Economic Review health technology assessment organization is “not on my radar as something we’re going to do,” Brooks-LaSure said. The agency is “certainly happy to engage with outside stakeholders and get expertise from them.” But “we are at this moment really focused on our team and hiring those who are going to help us,” she explained.

Comparative effectiveness data is one of the inputs CMS can seek to establish the value of drugs subject to price negotiation under the law.  (Also see "Medicare Price ‘Negotiation’ Process Could Enable National Value Framework – CMS’ Blum" - Pink Sheet, 27 Sep, 2022.) Some stakeholders have speculated the agency may contract out part of that process to experts like ICER because assessing the cost effectiveness of drugs to determine value and a fair price is a new function for the agency and current employees lack expertise in that area.

CMS is likely to shift staff from elsewhere in the agency into some of the IRA implementation roles along with adding new hires, ADVI VP policy Lindsay Bealor Greenleaf told the Pink Sheet. “They have a lot of slots to fill.” She also suggested that CMS’ upcoming call with manufacturers to discuss the negotiation program’s implementation may help clarify some of the key roles in the group.  (Also see "CMS-Manufacturer Discussion Of Medicare Price Negotiation Program Scheduled For 13 December" - Pink Sheet, 6 Dec, 2022.)

Brooks-LaSure also pointed out that “some of the work that needs to be done [to implement the law] is part of our existing programs,” such as “redesigning Part D, which is a big part of the legislation.”

The law revises the Part D benefit by shifting coverage responsibility from Medicare to plans in the catastrophic phase, establishing new mandated price discounts for manufacturers and setting a $2,000 annual cap on out-of-pocket costs for beneficiaries. Those changes appear likely to be managed by current Part D staff.

Medicare Center deputy director Cheri Rice will be its acting director and the new group will join five other groups within the Center for Medicare, significantly expanding the size of its staff, according to a recently updated organization chart at the agency. (See chart below.) The Center for Medicare is led by Meena Seshamani.

Rice is a CMS veteran of 19 years and one of two deputy directors in the Medicare center. (The other is Liz Richter). It’s not clear whether Rice will be replaced at some point by a permanent director in the new group. However, it seems likely because the agency’s organizational chart lists the director position in the group as “vacant.”

Before she joined CMS, Rice spent three years as director of the Medi-Cal managed care program in California. That followed seven years as deputy chief financial officer with the CalOptima health system administering insurance to low-income residents. She was a budget examiner with the White House Office of Management and Budget from 1991 to 1994.

Six divisions are included in the Medicare Drug Rebate and Negotiations Group. Each division will have a director and deputy director, but CMS has not announced who will be filling those roles as yet. No appointments have been publicly disclosed except Rice’s.

The divisions will focus on:

In previous job postings on its website, CMS has also advertised for directors and deputy directors of pharmacoeconomics research and drug pricing. Those postings have closed, according to the agency.

Requiem For Cures 2.0: An Idea Whose Time Has Come, But Will Still Have To Wait