This year’s French social security financing bill contains plenty for the pharmaceutical industry to complain about, including price cuts and rebates, although a controversial plan aimed at reducing the prices of older drugs has been put on the back burner. 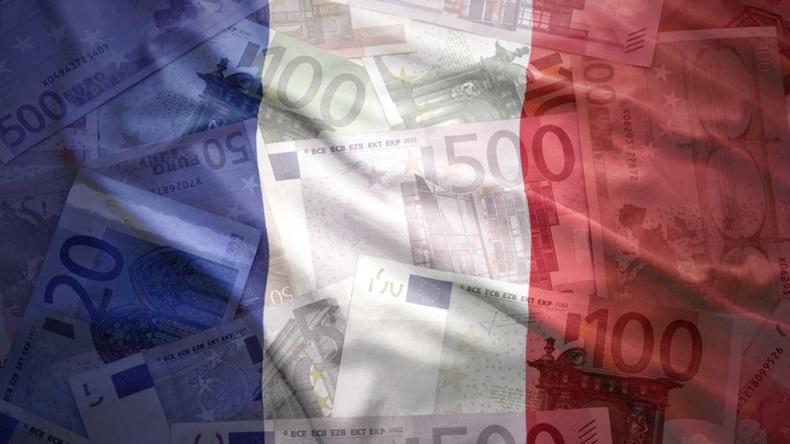 Source: Shutterstock Spending plans in France cause concern for industry

The French pharmaceutical industry has attacked government plans to set a ceiling on medicines spending in 2023 that is 7% lower than actual expenditure in 2022.

The government is also planning a raft of price cuts on medicines and an escalation of what the industry association Leem calls a “confiscatory” tax on sales, as part of an effort to save €1.1bn ($1.1bn) on the drugs bill next year.

However, a proposal to introduce a new procedure for periodically selecting only certain older products for reimbursement appears to have fallen by the wayside.

Total state spending on reimbursed medicines in 2023 is to be no more than €24.6bn, compared with an estimated €26.4bn for this year, according to the social security financing bill for 2023, which was adopted by the lower house of parliament (Assemblée Nationale) on 31 October and is currently under discussion in the Senate until 14 November.

The €1.1bn savings proposed in the bill are expected to come in the form of price reductions on reimbursed medicines and other medical products (€900m), and the remainder through the so-called “safeguard clause,” where companies pay rebates to the health insurance system if their sales exceed agreed levels.

The French prime minister, Elisabeth Borne, said it was important that pharmaceutical companies took part in the “collective effort” needed to balance the social security accounts. “We all know that they have high sales because of the health crisis,” she added.

But Leem begged to differ. The amount of money allocated to medicines spending next year “seems to be knowingly set below the needs of the population,” it said, adding that the gap between planned expenditure and actual consumption in 2023 would be around €3bn because demand for drugs is growing at 7-8% a year.

It said the PLFSS for 2023 was “totally disconnected from the medicine needs of the French population and the reality of our companies.”

“These decisions come at a time when the country has not yet overcome the COVID-19 crisis, patients are struggling to access the latest innovations in France, and inflation and the government's pricing policy are undermining the model of research, innovation and industrial production of all players in the sector,” it declared. “The survival of many small and medium-sized enterprises that produce essential medicines is at risk.”

The measures envisaged by the government, Leem insisted, would “aggravate the difficulties of access to medicines already encountered by the French, by increasing the risk of supply disruptions and by slowing down access to innovation.”

Moreover, like other industrial sectors, the pharma industry was experiencing the impact of inflation with regard to the cost of raw materials and packaging as well as the rising price of energy, Leem noted. Because the sector is subject to price regulation, it cannot pass the higher costs on in the form of higher prices, it stated.

The pharma sector is also affected by problems such as supply chain disruptions, longer delays in access to medicines, and difficulties in getting innovative new drugs to patients.

Leem said the PLFSS “abruptly turns the page on a five-year period of reforms designed to improve not only the country's attractiveness but above all to ensure that our fellow citizens have access to innovations and a stable supply of medicines.”

“We call on the President of the Republic and the government to “review this project in depth and make the choice of innovation, investment and growth, rather than opting for a policy of destruction of value and jobs, which will ultimately penalize the health of the French," said Thierry Hulot, Leem president.

On the safeguard clause in particular, Leem said it was now “out of all proportion and out of control.” Originally introduced as a safety net to address unexpected increases in drug spending, it was now “stealthily becoming a regulation tool in its own right.”

One bright spot for industry is that the government has withdrawn one proposal in the bill – the introduction of a “periodic reference procedure” aimed at lowering the prices of certain older medicines, mainly generics, biosimilars and hybrid products.

Under this tender-based procedure, a number of products would be periodically chosen for a given therapeutic indication and would be reimbursed for one year. Other comparable medicines would be excluded from reimbursement during that time.

Companies marketing the selected drugs would have had to meet certain criteria, such as the provision of sufficient volumes to guarantee security of supply, otherwise their product could be removed from the reference procedure or a financial penalty could be imposed.

This understandably sowed panic among pharmaceutical companies. Leem said the proposal should be withdrawn altogether while Jean-Louis Anspach of the generics industry body Gemme said it was “unacceptable” and could lead to shortages of medicines and pose “major risks to public health.”

The government subsequently amended the provision to state that instead it would submit a report to parliament by July 2023 evaluating the usefulness, feasibility and potential drawbacks of such a procedure, with a view to proposing it again in the next PLFSS.