European Commission plans for an overhaul of the pharmaceutical legislation would halve market protection for orphan drugs and risk the predictability of the regulatory system, warns industry expert. 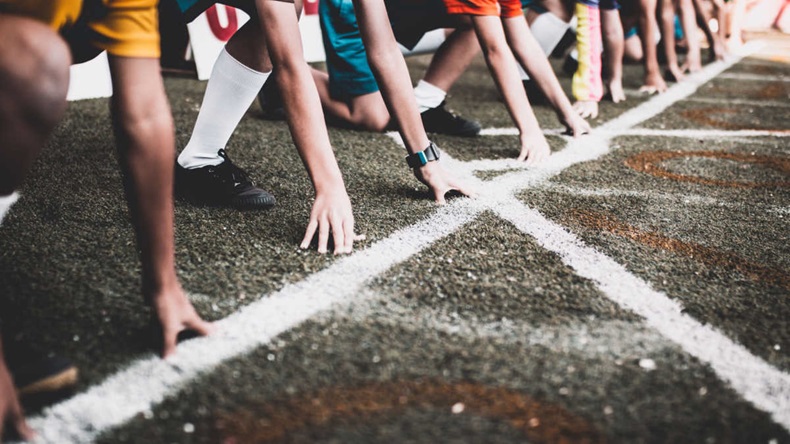 The European Commission would be moving “moving in the wrong direction” if as expected it goes ahead with plans to lower intellectual property protection for innovative medicines and link IP protection to whether a product meets unmet medical need and how many countries it is launched in, according to Alexander Natz, secretary general of EUCOPE, which represents small and medium-sized pharmaceutical and biotech companies.

The EU pharmaceutical strategy published on 25 November will be the first step in a “complete overhaul” of the medicines legislative framework to be proposed in about two years’ time, says the European Commission.

The moves would be part of the commission’s project to overhaul the EU’s general pharmaceutical legislation and the Orphan Regulation. The legislative changes are themselves part of the commission’s wider Pharmaceutical Strategy for Europe, adopted in November 2020. This aims to future proof the regulatory system and support industry (see sidebar). The commission consulted on plans for legislative change in 2021. (Also see "European Commission Steps Further Towards ‘Ambitious’ Pharma Legislation Reform" - Pink Sheet, 30 Sep, 2021.)   (Also see "Future Proofing & Incentives Among Industry Priorities In EU Pharma Law Shake Up" - Pink Sheet, 5 Oct, 2021.)

The commission is expected to publish separate draft changes to the general pharmaceutical legislation and the Orphan Regulation in the first quarter of 2023. How this overhaul takes shape is “critical” for industry and will define how competitive the EU is in terms of attracting investment and drug development for the next 20 years, warned Natz in an interview with the Pink Sheet.

Some of the commission’s plans believed to be very likely to make it into the final draft are cause for “significant concern,” and risk the predictability of the EU’s intellectual property protection system, he commented. Most problematic are measures that aim to cut intellectual property protection, including data and marketing exclusivity and link extra rewards to certain obligations, he said. Currently new products can benefit from eight years of data protection and a further two years of marketing protection, making 10 years in all. This can be extended to 11 years if the marketing authorization holder gains a new authorization for one or more therapeutic indication during the first eight years of those ten years.

Under the proposed changes, data and marketing exclusivity would be lowered, but companies would be able to build protection back up to the original higher levels if the product addresses an unmet need and if it is launched in every or most EU markets within two years, said Natz.

Separately, “drastic” plans for the Orphan Regulation would halve the current ten years of protection for orphan medicines from market, said Natz.

The incentives system has been very successful and has led to the development of a number of products for rare diseases. “However, 95% of rare diseases still have no treatment, so I don't think drastically reducing those exclusivities is the right measure,” said Natz. Overall, cutting IP is a “move in the wrong direction,” and risks harming EU competitiveness at a time when the region is losing ground to the US and China, said Natz.

Linking exclusivity to such obligations also means greater uncertainty for companies. “If companies don't know what their data protection periods will be in Europe, they might not go to European Medicines Agency. Our strong regulatory system would not be worth very much if companies are not launching in Europe,” said Natz.

Furthermore, the obligation to launch in all or most EU markets disproportionately affects small and medium-sized companies, said Natz. These companies do not have the resources or finances of big pharmaceutical companies and will find it much harder to launch in every market, he explained.

Launching in every market is also unnecessary for all products, particularly treatments for rare and ultra-rare disease for which there might not actually be a patient in all EU countries, he pointed out.

The plans also raise questions about definitions. “Launch” will have to be clearly defined, for example so that it sets out whether the word means the beginning of the process for filing with pricing and reimbursement authorities, said Natz. The definition should not mean that companies are dependent on the timelines of national decision makers, he added.

Meanwhile, unmet medical need is notoriously difficult to define, but a definition will be crucial, said Natz. “You could ask three physicians whether a new product meets an unmet need and they would likely all have different answers,” he said. One might say a new second-line cancer treatment does not meet an unmet need as there is already an alternative. However, most doctors might say it does meet an unmet need if an individual patient did not respond to the first treatment, he explained. “Decisions about an unmet medical need are individual decisions and cannot be taken for all patients alike.”

According to Natz, the commission has taken on concerns by payers, who have called for reduced IP rights to drive competition and for an obligation for companies to launch in every EU market.  (Also see "Payers Set Out Radical Wishlist For Changes To EU Pharma Legislation" - Pink Sheet, 4 Jul, 2022.)

“I think there is a growing influence of payers on the decision makers in Brussels. Some people seem to think reducing exclusivity will mean we get more products, but this is certainly not correct,” said Natz. “It should not be forgotten that there are also some mechanisms at the national level to reduce prices,” he added.

Natz pointed to the AMNOG pricing system in Germany which evaluates a drug’s comparative benefits. Orphan products are not exempt from the system, which according to Natz is effective in containing costs. The price of all gene therapies decreased following an AMNOG benefit assessment, he said.

Industry recognizes the concerns over sustainability and availability of medicines, but says that the commission also needs to do more to understand industry perspective and address its concerns “in more detail.” Natz is calling for a “proper discussion” on how to bring more products to patients and the role of IP protection.

Payers too have expressed concern that the commission may not take on board their suggestions.  (Also see "Payer Wish List For EU Pharma Legislation – Is The European Commission Listening?" - Pink Sheet, 25 Jul, 2022.)

According to Natz, the EU already has a very strong regulatory landscape which includes competitive IP protection. He pointed to recent successes of the EU system, such as the regulatory framework for advanced medicinal products, which means that ATMPs have been launched in Europe before other markets, including the US. The flexibility of the system also facilitated quick access to COVID-19 vaccines, he said.

However, the system could benefit from fine tuning, said Natz. The legislative overhaul is an opportunity to do this, for example by expanding the EMA’s PRIME (priority medicines) program to more medicines, or by capitalizing on the rolling reviews that helped enabled quicker availability of COVID-19 vaccines and treatments to market during the pandemic.