EU To Kick Off ‘Joint Action’ On Tackling Drug Shortages

The joint action on ensuring security of medicines supply will be supported by the EU regulators’ shortages task force, which is to track efforts to coordinate member state activities on the supply and availability of medicines. 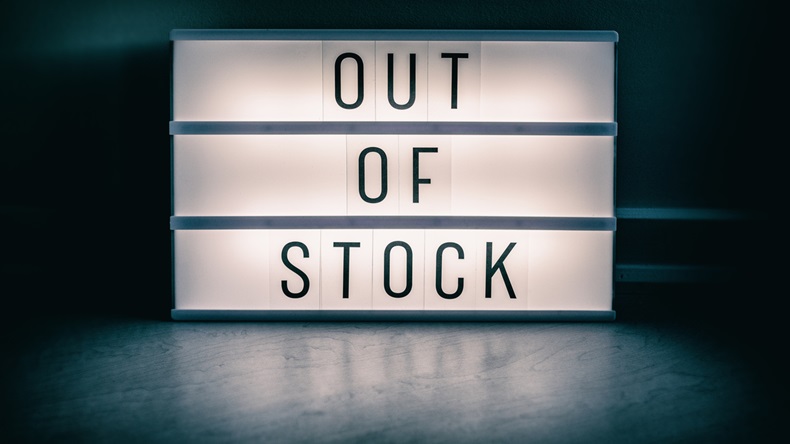 Source: Shutterstock Medicines shortages are a common occurrence in Europe

A joint initiative funded by the EU to coordinate and harmonize member states’ efforts to address drug shortages is expected to start by the end of this year, according to the European Medicines Agency.

The “Joint Action on Shortages” is “a three-year plan, starting at the end of 2022, that aims to help national systems to tackle medicines shortages in a harmonized way,” the EMA said this week. It will complement the strengthened mandate of the EMA in this area under a new regulation that took effect on 1 March. (Also see "EMA Begins Setting Up New Bodies To Tackle Drug Shortages" - Pink Sheet, 2 Mar, 2022.)

The actual date for the joint action to start has not yet been formally announced. The European Commission told the Pink Sheet it could not comment until the process for starting the joint action was complete.

The aims of the joint action, which was proposed by the commission last year, include identifying the root causes of actual shortages of medicines, monitoring and reporting shortages, reducing and managing shortages, and reducing the likelihood of future shortages via preventative strategies.

According to the commission, it will support the EU member states in ensuring appropriate cooperation to tackle the causes of shortages, mitigating existing shortages of medicines, and improving the security of supply. It will have “an overall impact on the reduction of systemic shortages, in line with the objectives set in the Pharmaceutical Strategy for Europe.”

The joint action was spurred by the pressure on supply chains caused by the COVID-19 pandemic, which led to an unexpected and sharp increase in demand for certain medicines. However, it is intended to address shortages in general, whatever their cause, according to the commission, which notes that “the main drivers of shortages are generally manufacturing and supply chain issues as well as economic reasons.”

The idea is to set up a coordinating structure to ensure cooperation among the member states, collect and analyse relevant data and statistics (including analyses of the root causes of shortages), develop monitoring and management IT systems, and define preventive strategies.

It will also involve the identification and exchange of best practices among EU authorities, possibly including aspects such as procurement and contracting practices and monitoring of supply chains and manufacturing.

A total of 27 regulatory authorities from 21 EU countries and Norway are taking part in the joint action, which will benefit from €10m ($9.6m) in grant funding, 80% of it provided through the EU4Health program.

One of the participating regulators, Italy’s AIFA, said earlier this year that the project proposal, “including funding and the final composition of the consortium, has been submitted to the European Commission for assessment. If the assessment is positive, the activities provided for by the operating plan will start before the end of 2022.”

Asked for an update, the commission said it could not comment further until the assessment process was complete. However, it is understood that the process for finalizing the grant agreement for the joint action is expected to be signed in the next few weeks.

AIFA said it “took the lead in drafting the European joint action proposal, in collaboration with the national blood and transplant centers of the Istituto Superiore di Sanità” (national institute of health).

It added that the initiative was also supported by European organizations and networks that would allow those member states that have not directly joined the project (Bulgaria, Greece, Latvia, Malta, Poland and Slovakia) to become operationally involved.

The Finnish medicines agency, Fimea, said it would be leading one of eight work packages under the joint action. “In particular, Fimea's tasks in this project focus on preventing medicine shortages and creating operating strategies aimed at minimising their impacts.”

The joint action will be supported by a task force that the EMA and the EU Heads of Medicines Agencies set up to tackle issues relating to the availability of authorized medicines for human and veterinary use.

The task force will function as a “supply and availability” hub to track the progress of key activities being undertaken by the EU medicines regulatory network. As well as the joint action, these include the EMA’s network strategy to 2025 and the commission’s pharmaceutical strategy, the EMA notes in the task force’s just-published updated work program.

Set up in December 2016 to build on the EU medicines regulatory network’s efforts to find better ways of handling shortages caused by non-compliance with good manufacturing practice, the EMA/HMA task force’s role has been substantially widened since then, not least because of the supply problems caused by the COVID-19 pandemic.

The EMA and HMA agreed an updated structure for the task force in June 2022, and extended its mandate for a further three years.

The task force is focusing on what the agencies call “peacetime” – ie, non-crisis – activities, while another body – the Executive Steering Group on Shortages and Safety of Medicinal Products (MSSG) – will deal with preparedness for health emergency situations.

However, “any lessons learnt from crisis situations and/or preparedness activities should be brought to the attention of the HMA/EMA task force so that consideration can be taken on the relevance for non-crisis situations,” according to a “terms of reference” document published by the regulators.

“Similarly, the task force will engage with the relevant structures set up in the context of the [EMA’s] extended mandate (eg, MSSG or Medicine shortages Single Point of Contact (SPOC) Working Party) to ensure that any relevant guidance is taken into consideration for crisis situations,” the document says.

The task force has two working groups, one focusing on identifying the root causes of shortages and ways to tackle them, the other looking at communications.

The first working group has already proposed a number of changes to the EU medicines legislation – as part of the commission’s plans to overhaul the legislation – and has developed a common methodology for forecasting demand for medicines in the EU.

In the fourth quarter of this year, it plans to develop best practices on processes for withdrawing medicines permanently from the market, and to implement recommendations for regulators on collecting key information for shortages management.

In the second quarter of 2023, the group will look at how to implement recommendations in the commission’s report on the root causes of shortages, and will develop a best practice guide for the pharmaceutical industry on preventing and managing shortages.

The communications working group has finalized a good practice guide for patient and health care professional (HCP) bodies on preventing shortages, which has now been published.

In the fourth quarter of 2022, it will look at ways to enhance the communication of supply problems to EU citizens, their representatives and HCPs, and in Q1 2023 it will organize a multi-stakeholder workshop on shortages.