A major initiative to reform the EU medicines legislation has hit a bump in the road because of changes required by an internal scrutiny body, but these are likely to be more procedural than policy-related. 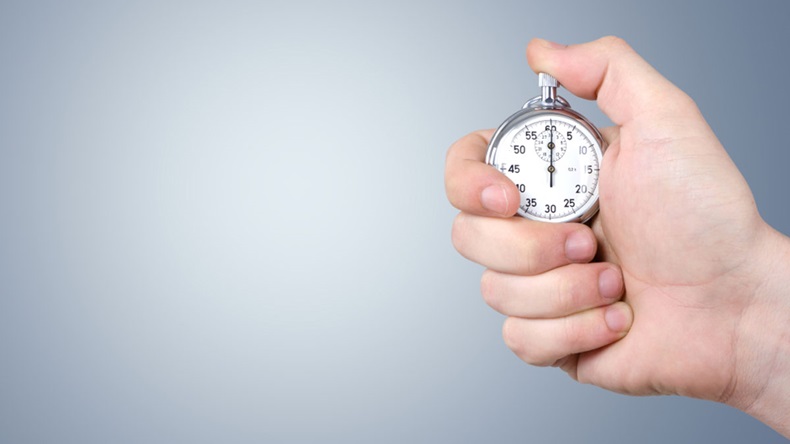 Source: Shutterstock The clock has been paused on the EU pharma legislation review

The European Commission’s proposal for an overhaul of the EU pharmaceutical legislation is expected to be delayed by a few months after an internal advisory body rejected a document that assesses the likely impact of the proposal.

Although no official announcement has been made, the commission’s Regulatory Scrutiny Board (RSB), which reviews and makes recommendations on draft impact assessments, issued a negative opinion on the staff working document (SWD) relating to the impact assessment for the legislative overhaul.

The commission’s proposal for revising the legislation, which is still being prepared, was originally slated for publication on 21 December. It is thought that the board’s decision will push this back to sometime in the first quarter of 2023, as the commission will have to address the board’s concerns and amend the SWD accordingly.

However, the concerns raised by the board are likely to be related to procedural and other questions rather than actual policy proposals, so the process could be fairly straightforward.

Some industry sources said they believed the 21 December date was never a realistic one, and that they had not expected the proposal to be ready before spring 2023 in any case. “My guess would be February or March time for the proposal to actually come out,” said one.

‘Badly In Need Of Modernization’

The process of revising the pharmaceutical legislation was launched back in November 2020 to update what the commission called a “set of rules that is 20 years old and badly needs modernization.”   (Also see "Radical Shake-Up In Store For Entire EU Pharma Legislation" - Pink Sheet, 25 Nov, 2020.)

Areas planned for updating include streamlining drug approval procedures, improving access to affordable medicines, fostering innovation, improving security of drug supply, and adapting the rules to new scientific and technological developments. The aim is to produce a draft regulation to implement the changes at EU level.

Legislative or other EU initiatives are accompanied by an impact assessment looking at the environmental, social and economic impacts, who will be affected, and so on. In this particular case, it is the SWD relating to the impact assessment that the RSB has rejected.

No details have been released, but it is understood that the board had concerns about the way that certain ideas were presented in the SWD, the balance between them, and the rationale given by the commission for some of the proposals.

Nonetheless, several industry sources said they did not expect a significant rewrite of the proposal. “In the unlikely scenario that there is a fundamental disagreement on the rationale, they might need to adjust what their policy options are going to be,” one industry expert said, although his feeling was that it would be “more of a cosmetic change.”

‘Quality Rather Than Speed,’ Says Commission

Commission officials told the Pink Sheet that the reform of the pharmaceutical legislation was “a priority” but that the commission “does not comment on work in progress.” They noted that the opinion of the RSB would be published together with the proposal.

The commission is hoping to adopt the proposal “as soon as possible, once the internal quality review process applicable to all major commission legislative proposals and internal consultation procedures are completed,” they added.

This quality control process is “essential, and we will always favor quality over speed, particularly for a proposal as significant and far-reaching for our patients and industry such as this one.”

Catherine Drew of law firm Pinsent Masons, who specializes in life sciences regulation, agreed that the commission should take the time to get its reform package right, “rather than push through a proposal which doesn’t meet the goals it has identified for reform.”

She said industry “would no doubt prefer that the commission takes longer and presents a proposal which is balanced, efficient and effective. This would be preferable than proposals being rushed through but resulting in a new regulatory framework which introduces greater challenges that industry is left to navigate.”

Once the commission’s proposal has been adopted and published, it will have to undergo what is likely to be a lengthy scrutiny process at the European Parliament and the Council of the EU (representing EU member state ministers).

Mark Ferguson of Pinsent Masons said the delay to the proposal “could mean that there is insufficient time pre-European Parliament elections in 2024 to complete negotiations and reach an agreement once the reforms are presented by the commission.” In that case, “it could be after the 2024 elections before the reforms are progressed fully in parliament.”

Not The First Time

This is by no means the first time that the RSB has rejected an impact assessment. For example, the same thing happened in 2021 with the proposal for a European Health Data Space, which is intended to promote the cross-border exchange of data for health care provision and the re-use of data for research and policy decisions.

In its negative opinion, the board made a number of recommendations for change. Once these had been addressed, it delivered a positive opinion, although it said the rationale for a sectoral initiative on health data still needed to be better explained.