A direct marketing authorization application to the UK medicines regulator offered a quicker route to approval for Novartis’ prostate cancer treatment Pluvicto than following the international Access Consortium process, because of the novel nature of the therapy, according to the company. 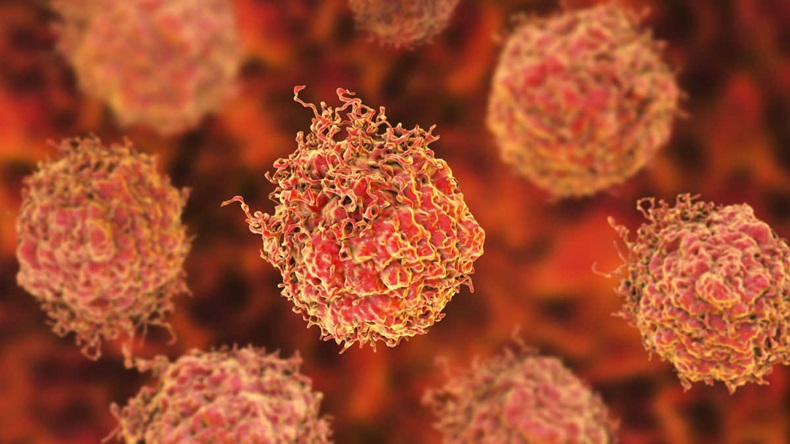 Novartis AG decided against using the international Access Consortium work-sharing procedure to obtain a marketing authorization for its radioligand therapy Pluvicto in Great Britain because it felt that a direct application to the UK regulator, the MHRA, would be faster.

The Access Consortium had not yet assessed a radioligand therapy (RLT), which is an emerging treatment approach, so it was felt that the consortium process would have been slower to deliver an approval than going direct to MHRA, Novartis told the Pink Sheet.

In August, the MHRA became the first regulator in Europe to authorize Pluvicto (lutetium (177Lu) vipivotide tetraxetan). The product is for adults with prostate-specific membrane antigen (PSMA)-positive metastatic castration-resistant prostate cancer (mCRPC) who have been treated with androgen receptor pathway inhibition and taxane-based chemotherapy or who are not medically suitable for taxanes.

The authorization is valid in England, Scotland and Wales, but not Northern Ireland, which is subject to EU medicines regulations. The applicant for the product was the Novartis company, Advanced Accelerator Applications SA.

The MHRA approval came after the company “took the decision to step out of the Access regulatory process, which involves several countries, and chose to instead pursue MHRA approval alone.” The move “allowed the team to both accelerate timelines and take a different approach to our indication to enable wider access for patients in Great Britain,” Novartis noted.

The Access Consortium is a coalition of five regulators: the MHRA, the Australian Therapeutic Goods Administration, Health Canada, Singapore's HSA, and Swissmedic. It aims to improve international cooperation between partners, reduce duplication and increase the agencies’ capacity to provide timely access to safe and effective treatments.

Novartis has used the Access process before, notably for its chronic myeloid leukemia drug Scemblix (asciminib), which is one of only two products to have been approved by all five regulators in the consortium. (Also see "Faricimab & Asciminib Are First Products To Be Approved By All Access Consortium Regulators" - Pink Sheet, 7 Sep, 2022.)

However, in the case of Pluvicto, Novartis said it considered a direct MHRA application to be “the most efficient and straightforward process.” The company explained that no radioligand therapies had been assessed through the Access Consortium pathway when the Pluvicto marketing authorization application (MAA) dossier was ready, which meant that the review process would likely require additional time.

Furthermore, all participating countries involved in the Access pathway need to agree timelines, which “introduces a further step prior to MAA submission.” Submission of the dossier through the Access Consortium would therefore have been months slower than a direct submission to the MHRA, said Novartis.

The company also noted that it filed an MAA with the European Medicines Agency earlier this year, and that it expected an opinion on the product from the agency’s human drugs committee, the CHMP, later this year. It said it was currently addressing outstanding issues raised at the July CHMP meeting, but declined to comment on what these might be.

Pluvicto won US Food and Drug Administration approval in March for patients with PSMA-positive mCRPC who have been treated with androgen receptor pathway inhibition and taxane-based chemotherapy.

The FDA-approved indication is narrower than the one approved by the MHRA, which includes patients not medically suitable for taxanes. Such patients have very few treatment options, said Novartis.

Under Assessment By NICE

Meanwhile, back in Great Britain, an assessment by NICE, the health technology appraisal (HTA) body for England and Wales, is underway. An appraisal committee meeting is scheduled to take place on 15 September, according to the NICE website. The company has also made a submission to the SMC, the Scottish HTA body, it said.

“Currently, 22 specialist centers in the UK can administer RLT, Novartis is committed to working with the NHS to support healthcare system readiness and reduce healthcare inequalities for eligible patients to lutetium (177Lu) vipivotide tetraxetan.”

Radioligand therapy is an emerging approach to treating cancer that offers a more targeted option than external beam radiation, which directs high doses of radiation to a cancer from outside the body. This type of radio therapy only works on larger tumor masses and affects healthy tissue as well as cancer cells. It therefore cannot reach smaller metastases and patients can suffer severe side effects.

In contrast, radioligand therapy combines a targeting compound (the ligand) with a therapeutic radioactive atom and is administered through the blood stream to deliver targeted radiation to cancer cells.

Pluvicto binds to cells that express PMSA – a transmembrane protein highly expressed in the tumor of more than 80% of men with prostate cancer, says Novartis. Once bound to the target, energy emissions from the radioisotope damage tumor cells and disrupt their ability to replicate or trigger cell death. The radiation works over very short distances to limit damage to surrounding tissues.

Some 38 radioligand candidates are in the pipeline, 17 of which are in the clinic, according to Pharmaprojects, the Citeline database. (Also see "Radioligands Advance Radiotherapy Premise With Greater Precision" - In Vivo, 11 Aug, 2022.)

The MHRA has also authorized Novartis’ gozetotide, a radioactive diagnostic for identifying PSMA-positive legions using positron emission tomography in prostate cancer patients. It is the first diagnostic PSMA imaging tracer to be licensed in Great Britain, the company said.

However, it confirmed that patient selection for the use of Pluvicto does not depend on the use of gozetotide. “Any PSMA-radiotracer can be used to establish that a patient has PSMA-positive disease, widening possible access to the treatment,” it said.