All Eyes On Rwanda As Africa Builds Up Regulatory & Manufacturing Abilities

The small central African country has been chosen to host the planned African Medicines Agency and is also set to be a key player in medicines and vaccines manufacturing technology on the continent. 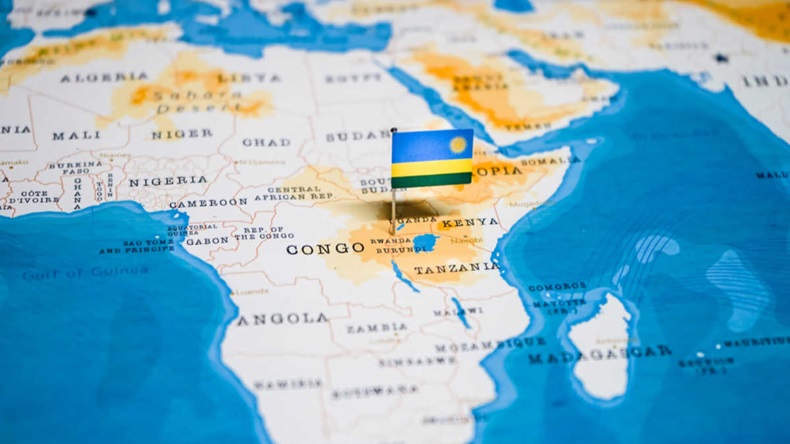 Rwanda is becoming something of a focal point of African efforts to strengthen regulatory harmonization, improve access to and affordability of medicines, and build up sustainable domestic manufacturing capacity for drugs and vaccines.

In July, the African Union’s Executive Council chose Rwanda to host the headquarters and secretariat of the proposed African Medicines Agency, which is intended to help harmonize regulatory requirements across the continent.

The previous month, the board of the African Development Bank had approved the setting up in Rwanda of an African Pharmaceutical Technology Foundation to help strengthen Africa’s pharmaceutical industry as well as its manufacturing and health care infrastructure.

Also in June, the EU announced that it was offering the Rwanda Food and Drugs Authority a partnership with several EU member state regulatory agencies, a declaration that was followed by a ground-breaking ceremony for an mRNA vaccines plant to be built by German company BioNTech.

The African Medicines Agency (AMA), which is expected to be up and running this year, will not be a standalone medicines regulatory body but rather will play a coordinating role in promoting regulatory harmonization and collaboration among the different countries and regional regulatory groupings across the continent. It will be the second Africa-wide health agency after the Africa Centres for Disease Control and Prevention (Africa CDC). (Also see "African Medicines Agency To Be Established In 2022" - Pink Sheet, 11 Oct, 2021.)

Welcoming the decision to site the agency in Rwanda, the African Medicines Agency Treaty Alliance (AMATA), which has representatives from the pharma industry, patients, academia and civil society, said the AMA would help to improve access to safe, effective and quality medical products, quickly license vaccines in health emergencies, and help prepare for future pandemics.

Rwanda was chosen from a shortlist of eight countries that was announced at the beginning of June during the first ordinary session of the Conference of the States Parties (CoSP) to the AMA, held in Addis Ababa, Ethiopia.

Much Still To Be Done

According to Health Care Africa magazine, the launch of the AMA will be “another landmark initiative of the African Union as part of the Agenda 2063 for transforming Africa into the global powerhouse of the future.”

It said the CoSP meeting was “also an important platform to call on all member states to sign the AMA Treaty to see improved regulation and easy flow of medical products and technologies for a healthy Africa.”

A total of 31 of the 54 African countries have signed and/or ratified the AMA treaty so far. “We now call upon the remaining family of African Union Member States who have yet to ratify and deposit their AMA Treaty instruments to do so urgently so that we can now build on the current momentum gained with this major milestone,” AMATA said.

It also pointed out that sufficient finances and budgets had to be established quickly, and that the members of the AMA’s governing board needed to be rapidly recruited and appointed. It said the board should set up a framework of engagement with non-state actors and “draw upon all available expertise from African academia, research bodies, industry and private sector and community and patient groups to provide technical guidance on specific areas.”

On the production side, the African Pharmaceutical Technology Foundation, also to be located in Rwanda, is intended to significantly improve access to the technologies underpinning the manufacture of medicines, vaccines and other medical products, the African Development Bank said.

“The decision is a major boost to the health prospects of a continent that has been battered for decades by the burden of several diseases and pandemics such as COVID-19, but with very limited capacity to produce its own medicines and vaccines,” the bank declared. “Africa imports more than 70% of all the medicines it needs," amounting to $14bn per year, it added.

It said that global efforts to expand the manufacture of essential products such as vaccines in developing countries, particularly in Africa, had been “hampered by intellectual property rights protection and patents on technologies, know-how, manufacturing processes and trade secrets.”

There is currently no body in Africa that can support the practical implementation of the World Trade Organization's Trade Related Intellectual Property Rights (TRIPS) provisions on the non-exclusive or exclusive licensing of proprietary technologies and know-how, it said.

“Even with the decision of the TRIPS waiver at the WTO, millions are dying – and will most likely continue to die – from lack of vaccines and effective protection,” said Akinwumi Adesina, president of the bank.

“The African Pharmaceutical Technology Foundation provides a practical solution and will help to tilt the access to proprietary technologies, knowledge, know-how and processes in favor of Africa”.

The bank said the foundation would act as a “transparent intermediator advancing and brokering the interests of the African pharmaceutical sector with global and other Southern pharmaceutical companies to share IP-protected technologies, know-how and patented processes.”

It will also promote closer coordination of the various ongoing medicines and vaccines manufacturing initiatives at regional level, work closely with the African Union Commission, the European Commission, the World Health Organization, the Medicines Patent Pool, the WTO, philanthropic organizations, bilateral and multilateral agencies and institutions, and “foster collaboration between the public and private sectors in developed countries and developing countries.”

Rwanda is also set to benefit from the establishment of the continent’s first mRNA vaccines plant, in the capital Kigali, by BioNTech, the joint developer (with Pfizer) of the mRNA vaccine Comirnaty.

As announced in June, the delivery of the first container modules for the plant is expected at the end of 2022. The facility will initially be equipped with two turnkey manufacturing modules called BioNTainers, one for the production of mRNA, the other for the formulated drug product.

The BioNTainers will be equipped to manufacture a range of mRNA-based vaccines targeted to the needs of the African Union member states, “which could conceivably include the Pfizer-BioNTech COVID-19 vaccine and BioNTech’s investigational malaria and tuberculosis vaccines, if they are successfully developed, approved or authorized by regulatory authorities,” BioNTech said.

The estimated initial annual capacity of the Pfizer-BioNTech COVID-19 vaccine, for example, will be about 50 million doses. Manufacturing in the BioNTainers is expected to commence about 12 to 18 months after their installation.

The site is to become “a node in a decentralized and robust African end-to-end manufacturing network,” BioNTech said, adding that it expected to set up more factories in Senegal and South Africa. “All vaccines to be manufactured in the network will be dedicated to people residing in member states of the African Union.”

The ground-breaking ceremony for the plant took place on the same day that a twinning deal was agreed by the EU with the Rwanda FDA. This deal is intended to support the agency’s efforts to improve the regulatory environment for medicines and vaccines in the country and to help it become a manufacturing hub for these products.

The twinning cooperation will give the agency access to support from EU national regulatory bodies, including expert missions, seminars, workshops and training courses. France, Belgium, Germany and Lithuania are partners in the twinning consortium, with additional expertise being provided by Austria, Greece and Sweden.

“The regulatory aspects are crucial in this field,” said the French ambassador to France, Antoine Anfré. “I am confident the forthcoming close partnership between the Rwanda Food and Drugs Authority (Rwanda FDA) and the French Agence Nationale de Sécurité du Médicament (ANSM), German Paul Ehrlich Institute, Belgian Sciensano and Lithuanian State Medicines Control Agency is a game changer,” he declared.

African Medicines Agency To Be Established In 2022