Sponsors keen on a specific EU member state to lead the assessment of their proposed multinational clinical trial are being urged to keep the concerned national competent authority in the loop before submitting the dossier to the Clinical Trial Information System. 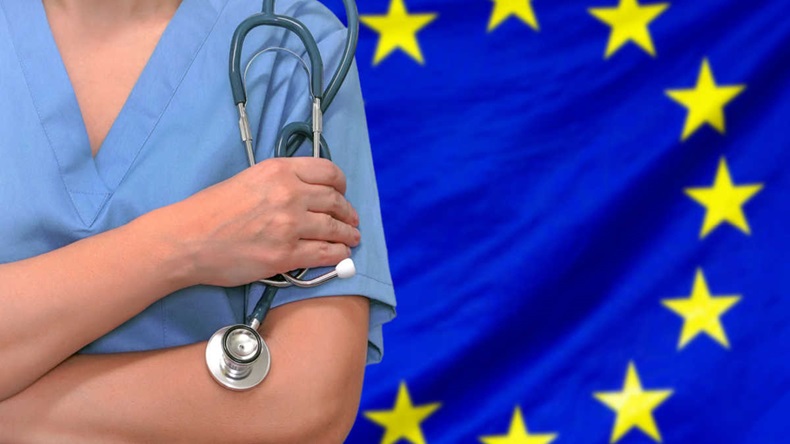 Source: Shutterstock Sponsors can submit a single application to get approval to run a clinical trial in several EU countries

As submissions of new study proposals via the EU Clinical Trial Information System (CTIS) gather pace, some EU countries are struggling with managing resources to support the evaluation of multinational trials. A significant issue is that they remain unaware until the last minute whether they could be chosen to lead the trial’s coordinated review.

To help with planning, some member states have started “asking for a pre-warning” from sponsors before they submit a multinational trial for evaluation via CTIS if “we want them to be the RMS” [reporting member state] to lead the trial’s assessment, said Gaby Di Matteo, clinical trial application team manager at Pfizer’s clinical trial regulatory operations unit.

Speaking at a virtual webinar organized by the European Medicines Agency, Di Matteo said that submitting such advance warning to the member state involved a “little bit of additional work, but it helps a lot because RMS confirmation comes quickly.” She added: “It allows both the sponsor and the RMS to be ready and to know what is coming.”

The webinar was held on 1 July to discuss the experience trial sponsors and member states have had so far with using CTIS, which became operational on 31 January 2020 to support study evaluations under the Clinical Trial Regulation (CTR).

For multinational trials, the RMS is proposed by the sponsor at the time of submitting the application dossier, but all member states concerned (MSCs) “must be given a chance to express their willingness or unwillingness to become the RMS and the RMS is assigned by the system taking into account the outcome of the discussion,” the EMA explains in its CTIS training guideline (Module 6) that deals with FAQs on evaluating a clinical trial application.

“We had a response from the RMS in two days.” - Gaby Di Matteo, Pfizer

For its first multinational trial submitted via CTIS, Di Matteo said Pfizer had “warned” its preferred member state in advance that “we wanted to select them as RMS.” The company had sought the member state’s agreement, and the process worked “very well” as “we had a response from the RMS in two days,” she noted.

However, the practice has raised concern among some trial sponsors, who may view this as yet another member state-specific obligation being added to the trial evaluation process despite there being no such provision under the CTR. (Also see "Sponsors Urged To ‘Push Back’ On EU Country-Specific Clinical Trial Requirements" - Pink Sheet, 14 Jul, 2022.)

A trial sponsor at the webinar wanted to know whether member states could insist that companies should seek pre-submission advice “outside CTIS before a sponsor selects them as the proposed RMS.”

Sophie Accadebled of the French medicines agency, the ANSM, clarified that it was not a requirement as this procedure was not mentioned in the CTR. However, sponsors are recommended to contact the French regulator about upcoming trial submissions in which the ANSM would be the proposed RMS as it “enables the agency to be prepared in terms of workload and resources,” said Accadebled, who is clinical trials project manager at the authorization division of the ANSM.

She clarified that it was not a formal pre-submission procedure, where companies can get advice on the contents of their clinical trial dossier. The ANSM has a separate mechanism in place to offer support on specific applications and CTIS functionalities, wherein it has provided guidance to sponsors via email, phone and video calls.

The way RMS selection process is set up in CTIS, “it is so difficult to organize ourselves… because you never know when to expect an application and time is ticking,” said Monique Al of Netherlands’ Central Committee on Research Involving Human Subjects (CCMO). Al was referring to the strict timelines specified in the CTR for selecting an RMS once an application dossier for a multinational trial is submitted in CTIS.

The RMS selection process runs in parallel to the validation phase (which determines if the dossier is complete to proceed for assessment), but an RMS needs to be selected to be able to validate the application. The CTR requires the validation phase to be completed within 10 days, although this time can be further extended by a maximum of 15 days if a member state issues a request for information.

For the member states concerned, it is not possible to know if the validation phase would be “finalized in 10 days or… extended to 25 days. So to know beforehand you are willing to be proposed” as an RMS “is nice to know,” said Al, who is head of the national clinical trial office at CCMO.

However, given the current rules, Al believes it is hard for member states to “completely commit” to the RMS role and that it was important to “manage expectations.” “Because you can say yes, and then suddenly there are more applications, or the validation phase is extended… it's really hard for us regulators to plan” so that “people are ready all the time,” she noted.

In addition to multinational trials, Al pointed out that member states have to deal with mono-national trials where the RMS is the one proposed by the sponsor since there is only one MSC.