Discussions through the WHO are aimed at educating low- and middle-income countries, while efforts with ‘the larger regulators’ aim to reduce the development burden for products targeting ultra-rare diseases, CBER director Peter Marks tell DIA. 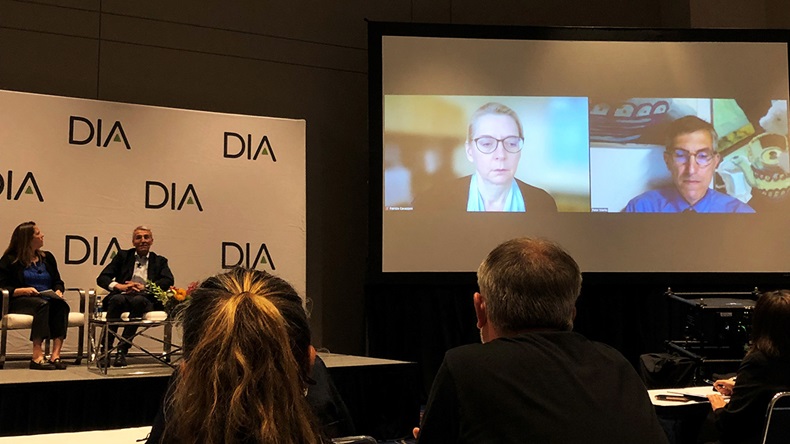 Source: Nielsen Hobbs HOME-TOWN HERO RICHARD PAZDUR WAS ONLY REGULATOR ON STAGE DURING THE FDA TOWN HALL THAT Concluded THE DIA ANNUAL MEETING IN CHICAGO.

The US Food and Drug Administration is pursing a two-track approach to advance global regulatory converge for cell and gene therapies, Center for Biologics Evaluation and Research director Peter Marks told the closing session of the Drug Information Association annual meeting on 23 June.

“We’re not going directly for harmonization, we’re trying for some regulatory convergence first,” Marks said, meaning that a sponsor could still face different requirements in different regions but they would hopefully just be closer together.

The two work streams are going on in parallel. One is with the World Health Organization, where the goal is “to allow low- and middle-income countries to have a framework for how these products might be regulated,” Marks said.

“It may sometimes seem far off to us in in high-income countries, but there are countries around the globe …[where] it’s still very early on when it comes to cell-based therapies. Even simple things like corneal transplants, or skin grafts are still things that are relatively novel to them,” he said.

“And so we are trying to make sure that we will be able to educate the various lower and middle income countries – as well as in some cases, high-income countries – about a framework that allows one to think about these products and the various risks associated with different levels of manipulation of products,” Marks said.

“In other words, some cell therapies have less risk than others. And so that framework is something we’ve worked on,” he said.

A white paper is the final stages of development with the WHO and will soon be put out for comments. “The hope here is to have this ability to have countries get familiar with regulatory frameworks, so that as products that might benefit their populations become available, they’re ready to actually take them on as regulators.”

FDA’s work with other high-income regulatory partners – “the larger regulators” –  aims to see “if there are ways that we can develop better convergence around gene therapies for very small populations.”

“Right now, some of the different requirements and different regulatory jurisdictions is really creating a challenge for gene therapies that might only get us in 50 or 100 individuals globally in a year,” Marks said.

The effort is “taking a page out of Dr. Pazdur’s book” Marks said, referring to Project Orbis, the Oncology Center of Excellence’s program for concurrent international review of applications.

OCE director Richard Pazdur, who appeared on stage at the event while Marks Zoomed in, smiled, showing that convergence isn’t just for international regulatory partners.