Medicare could be an important payer for the eagerly awaited drug because the program covers ALS treatments for patients under 65 as well as older ones. Meanwhile, a draft Institute for Clinical and Economic Review raises questions about the drug's cost effectiveness. 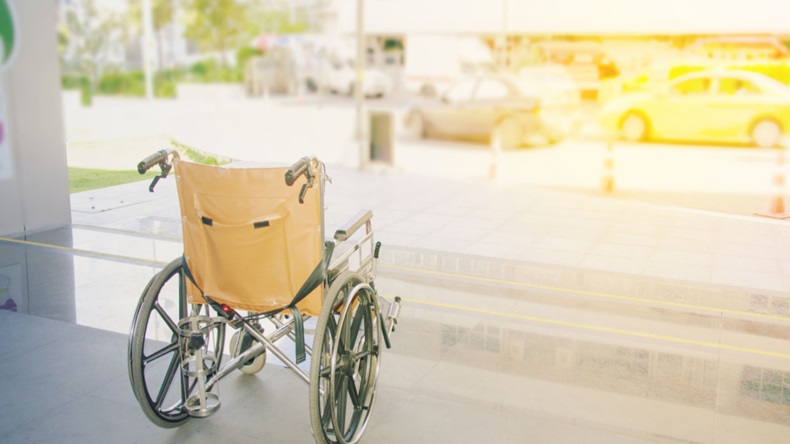 A closely watched oral drug for amyotrophic lateral sclerosis from Amylyx Pharmaceuticals, Inc. would be covered by Medicare Part D and the pharmacy benefit in the commercial insurance market if it is approved. But patients accessing the drug through Medicare may be in for a significant cost sharing burden based on well-documented problems with the current design of the benefit program.

The situation could add momentum to stalled legislative efforts to redesign the Part D benefit in a way that addresses the cost sharing issues that have developed with the increasing availability of high-cost specialty drugs covered by the program.  (Also see "Oncology Drug Cost Sharing Would Decline 42% Under Medicare Part D Redesign" - Pink Sheet, 17 Jun, 2020.)

Currently, high-cost drugs cause Part D beneficiaries to move quickly to the catastrophic phase of the benefit. In that phase, enrollees are subject to coinsurance equal to 5% of drug costs, possibly adding up to thousands of dollars, unless they qualify for low-income subsidies. Reforms under consideration would cap annual cost sharing in Part D for the first time, reduce Medicare’s financial responsibility in the catastrophic phase, and shift more of the burden to plans and manufacturers.

ALS is a rare disease and the number of patients likely to access the drugs is relatively small. In the United States, there are approximately 25,000 people living with ALS. But the condition has a high profile, with vocal patient advocates, and there is strong interest in the disease modifying potential of AMX0035.

To date, treatments for ALS have largely focused on supportive care. A drug marketed by Mitsubishi Tanabe Pharma Corporation called Radicava (edaravone) has demonstrated a moderate impact on disease progression but only in a subgroup of patients and has not seen significant take-up. The nearly five year-old drug is administered by infusion, which may also have impacted acceptance. An oral version was approved in mid-May.  (Also see "Mitsubishi’s Oral Radicava Provides Convenience Option For ALS" - Scrip, 13 May, 2022.) The new version will be covered under Part D and the pharmacy benefit in commercial insurance like AMX0035 would be.

A combination of taurursodiol and sodium phenylbutyrate, AMX0035 is currently undergoing US Food and Drug Administration review, now with a 29 September deadline on the decision. The due date was recently extended after the company provided FDA with an additional analysis from its clinical study on the drug.

That submission followed an advisory committee decision that concurred with FDA’s preliminary view that more study on the drug is needed prior to approval. (Also see "Amylyx’s ALS Drug Should Wait For Phase III Results, US FDA Panel Says" - Pink Sheet, 30 Mar, 2022.) AMX0035 was evaluated in the Phase II CENTAUR randomized controlled trial and in the companion open-label extension, CENTAUR-OLE.

“If AMX0035 receives regulatory approval while another randomized trial is underway, policymakers should debate short-term pricing options including a far lower price close to the cost of production until the benefits of treatment can be adequately evaluated.” – ICER Draft Report

In the trial, AMX0035 moderately reduced the primary outcome of disease progression, although the statistical significance of this reduction varied depending on the analysis. As a secondary outcome, CENTAUR-OLE assessed death based on the original randomization in CENTAUR and found a 4.8- month survival benefit.

Medicare coverage could have a significant impact on the commercial success of the two drugs because ALS has a special status in the program and coverage for the treatments would be available to patients younger than 65. ALS treatments in younger patients are reimbursable by Medicare because the condition is one of two that meet a standard for causing disability. (The other is end-stage renal disease.) To qualify, patients must also have obtained Social Security disability benefits.

It is unclear how Medicare and commercial insurance coverage will break down for AMX0035 but if the experience of Radicava IV can serve as a guide, it may be around 50/50. The percentage of people taking Mitsubishi Tanabe’s infused drug who are covered under Medicare is nearly equivalent to those covered by commercial insurance, according to the company.

Although ALS patients qualify for Medicare coverage upon receiving diagnosis, many patients often stay working for a period of time or are covered under their spouse’s insurance, meaning they don’t require Medicare at the time, the firm explained.

Payer response to the Amylyx drug is an open question. The Institute for Clinical and Economic Review cast doubt on the cost effectiveness of AMX0035 in a draft evidence report released on 14 June.

“Clinical experts are divided on whether AMX0035 is effective. Nearly all, whether they favored FDA approval or not, felt that only an additional [randomized clinical trial] would answer whether AMX0035 actually affects disease progression and survival in ALS,” the draft notes.

The organization suggests that incremental cost effectiveness of AMX0035 will substantially exceed typical willingness to pay thresholds if priced in line with the wholesale acquisition cost of Radicava. The draft estimates annual costs for each drug to be around $170,000 per patient. ICER cautions that the actual cost effectiveness estimates for AMX0035 will depend on its price and on confirmation of its clinical benefits. However, the draft report also suggests that payers may want to pursue an initially discounted price that could increase as the evidence base for the drug grows.

“There is tremendous need for new therapies for ALS, a disease that rapidly leads to severe disability and death in many patients,” the report states. “Given this context, pricing at the high end of – or even beyond – traditional cost-effectiveness ranges might be considered.”

However, “given the substantial remaining uncertainties about the benefits of AMX0035 and whether the inexpensive [taurursodiol] component of AMX0335 is as effective as the combination of [taurursodiol and sodium phenylbutyrate], if AMX0035 receives regulatory approval while another randomized trial is underway, policymakers should debate short-term pricing options including a far lower price close to the cost of production until the benefits of treatment can be adequately evaluated.”

The approach is in line with a suggestion made recently by a prominent advocate of value-based pricing arrangements in a discussion about Alzheimer’s drugs and other agents approved with limited evidence base.  (Also see "US Private Payers Could Build Evidence On Alzheimer’s Drugs With Outcomes-Based Contracts" - Pink Sheet, 17 Mar, 2022.)

“Insurers usually have more tools at their disposal (e.g. formulary tiering, more extensive prior authorization) for drugs covered under the pharmacy benefit, but the degree of price negotiation depends as much on the competitive landscape as on these other approaches,” ICER President Steve Pearson told the Pink Sheet.

ALS patient advocates objected to the ICER draft report in a statement. “We are very concerned that ICER’s flawed analysis will have a chilling effect, resulting in the development of fewer ALS treatments and making it harder for people living with ALS to access any effective treatments that are approved,” the ALS Association said.

“ICER uses two purportedly objective measures – quality-adjusted life-year (QALY) and equal value of life years gained (evLYG) – that the National Council on Disability has stated are discriminatory because the value of life assigned to seniors, the chronically ill, and people with ALS is deemed to be less than that of young, healthy individuals,” the group maintained.

The association warned that “some payers may use ICER’s analysis to deny coverage,” adding that such an outcome would be “unacceptable” and that “we will strongly urge health insurance companies and other payers to ignore ICER’s flawed analysis.”