Alzheimer's patient groups continue to argue against the CMS draft national coverage determination on Aduhelm, but effort to meet with HHS Secretary Xavier Becerra is thwarted. 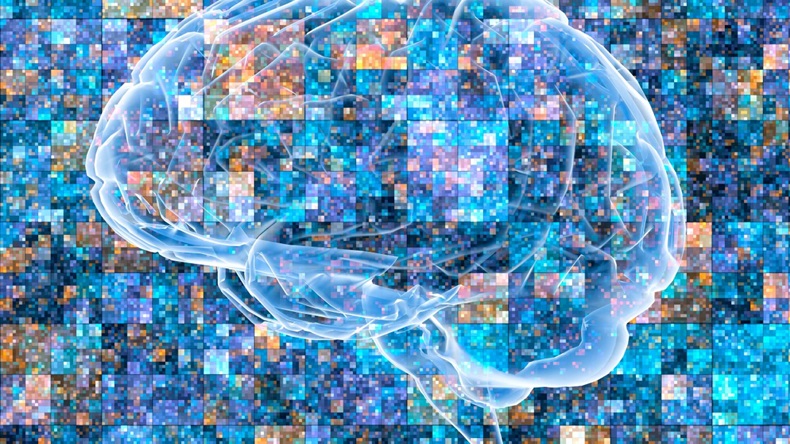 The Centers for Medicare and Medicaid Services’ proposed eligibility criteria for the research sites capable of conducting clinical trials for monoclonal antibody drugs for Alzheimer’s disease could be met in just 28 states, leaving a large swath of the country without access to the drugs, according to an analysis by the advocacy group UsAgainstAlzheimer's and clinical trial facilitator the Global Alzheimer’s Platform Foundation.

In a draft national coverage determination released in January, CMS proposed to allow Medicare coverage for Biogen, Inc.’s Aduhelm (aducanumab) and similar drugs, such as those being developed by Eli Lilly and Company, Eisai Co., Ltd. and Roche Holding AG, only when patients are enrolled in a agency-approved randomized clinical trial. The NCD also includes specifications around the studies, including that they should be conducted in a hospital outpatient clinic.  (Also see "Medicare Draft NCD For Alzheimer's Drugs: When 'Reasonable And Necessary' And 'Safe And Effective' No Longer Align" - Pink Sheet, 11 Jan, 2022.)

But based on an analysis of hospital outpatient clinical trial sites across the country, “millions of people would be effectively denied access to new Alzheimer’s treatments because the limited number of CMS-approved clinical trial sites are situated mostly in hospitals in major cities and located in only 28 states,” Global Alzheimer's Platform Foundation and UsAgainstAlzheimer's said in a 23 March release. The analysis was unveiled at a same-day press conference in the form of a US map showing where qualifying sites are located. (See map.) 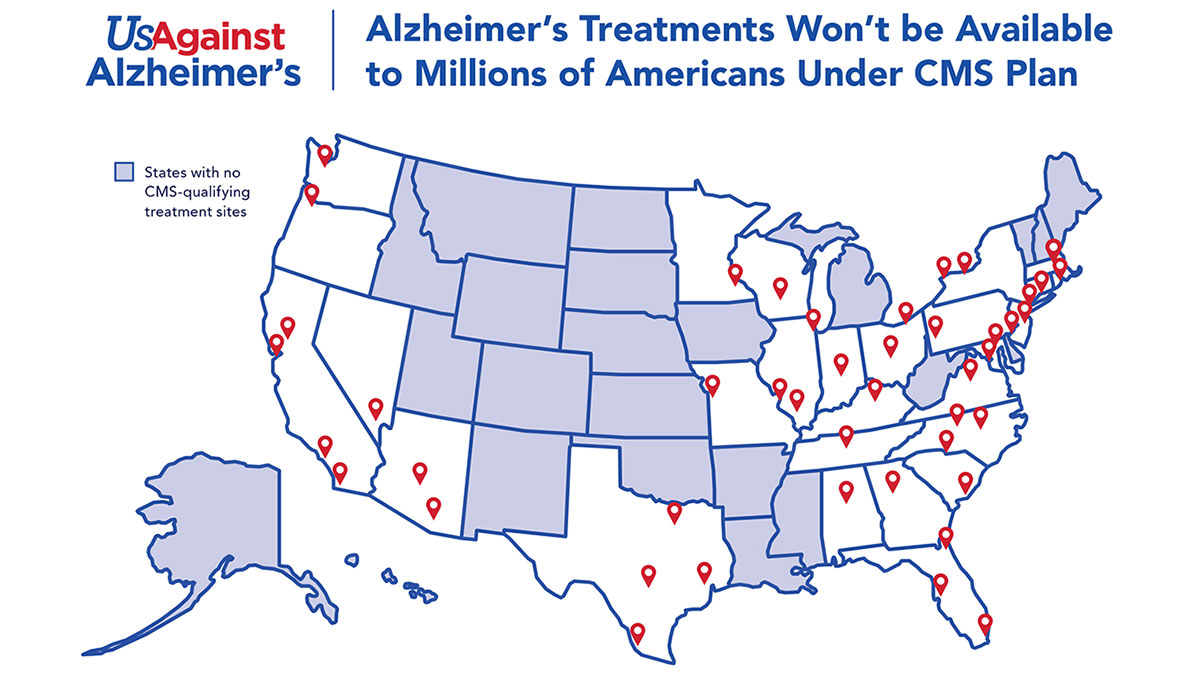 “I don’t know how anyone at CMS can look at the map and think their proposal is a good one,” UsAgainstAlzheimer’s Chair George Vrandenburg said. “Medicare is planning to deny coverage for people who don’t participate in its trials but has made participation in its trial next to impossible.”

The Medicare coverage proposal, which is due to be finalized by 11 April, would allow reimbursement for “only a few thousand” patients, while “leaving nearly 2m patients without access,” the groups said. The analysis found only about 64 hospital locations in the country are capable of running the types of trials CMS has proposed.

“So only people fortunate enough to live near one of those sites could feasibly secure one of the estimated 1,500 slots available each in those trials,” the groups argue. The sites identified as meeting CMS criteria are those hospital outpatient clinics with clinicians experienced in such research, that have a radiology center and that have neurologists on staff, Dwyer told the Pink Sheet.

Some states like Nevada, Oregon and Washington have a single site in major cities but getting to them can be “incredibly difficult if you live in a different part of the states,” the organizations pointed out. “There are also large areas of the nation with a higher percentage of Black and Latino Americans where there is no nearby CMS-qualifying trial center,” they added.

As the 11 April date for release of the final NCD approaches, patient advocates are intensifying lobbying efforts to persuade CMS to reverse its proposal and cover the drugs according to their labeled indications. A protest was staged at Health and Human Services Department on 15 March and advocacy groups are also busy drumming up support on Capitol Hill. Congressional opposition to the draft NCD has come mainly from Republicans.  (Also see "Aduhelm Medicare Coverage: House Republicans Push For CMS To Collaborate With US FDA" - Pink Sheet, 9 Feb, 2022.)

The two groups, along with the Alzheimer's Association and the Alliance for Aging Research, attempted to meet with HHS Secretary Xavier Becerra on 24 March to make their case. But Becerra declined the meeting on the advice of legal counsel, an Alliance for Aging Research spokesperson said. If Becerra decides to weigh in on the final NCD, which seems likely given the importance of the decision, he may have been advised to avoid discussing the issue with stakeholders now that the public comment period on the draft has closed.

Patients May Face A 10-Year Wait For Access To Treatment

“What CMS is proposing is disastrous,” Dwyer said at the event. In “each day that goes by without access, 1,000 Alzheimer’s patients lose their opportunity to avail themselves of FDA-approved treatments because of CMS’ uninformed proposed decision.”

He explained that an estimated 1,000 people per day progress from mild to moderate Alzheimer’s disease, which moves them out of the early stage where the treatments have appeared to show the greatest effect. Dwyer also maintained that patients who are unable to participate in a trial may have to wait as long as 10 years for the completion of the trials and the possible removal of the Medicare coverage restrictions in the class.

Further, even those with access to a trial site might be barred from participation because CMS is proposing to exclude individuals with non-Alzheimer’s cognitive comorbidities. That would include those with Down syndrome, who are disproportionately impacted by Alzheimer’s.  (Also see "A New Patient Voice In The Medicare/Alzheimer’s Drug Coverage Debate" - Pink Sheet, 14 Mar, 2022.)

The press conference also featured speakers representing the perspectives of Latinos, who are 1.5 times more likely to develop Alzheimer’s disease. Rep. Nanette Barragan, D-Calif., and National Hispanic Council on Aging president and CEO Yanira Cruz both criticized the potential impact of the decision on the Latino community.

Medicare Draft NCD For Alzheimer's Drugs: When 'Reasonable And Necessary' And 'Safe And Effective' No Longer Align