ICH leaders talk about how to reach out more to patient stakeholders even though they don’t qualify to observe its proceedings. An unusual public meeting on the E8(R1) clinical studies guideline led to suggestions that clinician and patient representatives should have a seat at the ICH table with regulators and industry groups. 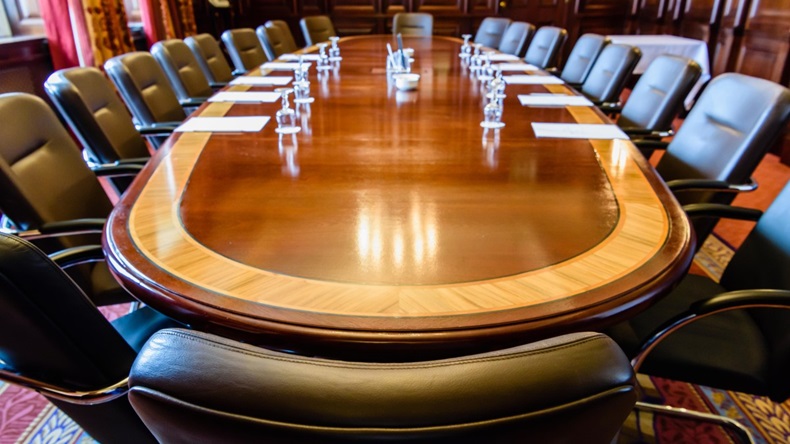 Source: Alamy patient groups looking for a seat at the table

The organization that helps national and regional authorities agree on common regulatory approaches that would simplify compliance for global pharmaceutical manufacturers is looking for ways to increase the involvement of health care providers and patient groups in its process, particularly as it relates to clinical trials.

The effort could bring provider and patient interest groups into a conversation that has been between drug makers and governments ever since the organization, now called the International Council for Harmonisation of Technical Requirements for Pharmaceuticals for Human Use, was founded as a twice-a-year conference more than 30 years ago.

Dozens of regulatory authorities and industry groups have flocked to the ICH in the seven years since it became a Swiss association, bringing an increasingly complex decision-making process to an organization that for many years consisted mainly of the regulatory authorities and main industry groups for just three regions – the US, the EU and Japan.

While the growing complexity may slow the ICH process down, it also may increase its value by yielding broader consensus, a trend that the involvement of patients and providers could intensify.

Recently posted minutes show that Theresa Mullin, who chairs ICH’s management committee, raised concerns during a virtual meeting in November on how to engage patient stakeholders through communications with stakeholder organizations that are not eligible to observe ICH proceedings much less participate in them.

Mullin is associate director for strategic initiatives in the US Food and Drug Administration’s Center for Drug Evaluation and Research.

In discussing the considerations Mullin raised, committee members noted that patients and patient advocacy groups often do not meet eligibility criteria for what’s called ICH observership even though the ICH articles of association identify patients as the ultimate beneficiary of the work the ICH does.

The committee went on to agree on some steps to encourage more input from the patient community on ICH guidelines, especially those that would directly involve or affect patients.

For one thing, the committee expressed support for work underway at the ICH secretariat to add a function on the ich.org website allowing anyone, including patient stakeholders, to subscribe to email alerts when it publishes new guidelines, drafts for public consultation, training materials and other documents.

For another, the committee agreed to encourage ICH members to reach out to patient communities to make sure they’re aware of opportunities to provide input at regional ICH meetings.

The committee discussed other ideas as well and agreed to continue the discussion at its interim meeting in March.

The management committee’s discussion, which could lead to more formal involvement of patient stakeholders, comes in the wake of criticism the ICH heard from the provider and patient community when it invited them into discussions about revising the ICH E8 guideline on general considerations for clinical studies.

Groups like the European Patients Forum, Parent Project Muscular Dystrophy, Best Medicines Coalition of Canada and the Pancreatic Cancer Action Network participated, as did organizations like the European Society of Cardiology and the American Cancer Society.

Seat At The Table Sought

Many of the panelists, especially those representing patient advocacy groups, called for greater involvement of patients in clinical trial design, according to a summary report of the meeting.

There also was talk about bringing providers and patients into the ICH process and involving them at earlier stages.

The summary report noted that historically, only ICH members like regulators and industry associations have participated in the development of ICH guidelines.

The ICH holds meetings to obtain public input on its guidelines, but not until they are final, the report said, adding that “many meeting participants viewed that ICH should open the guideline development process for direct at-the-table participation by clinicians and patients.”

The report shared a suggestion from the E8(R1) public meeting for the ICH to “conduct a nomination and voting process for external stakeholders, who meet designated criteria, to participate on a panel who would provide input into the development of ICH guidelines related to clinical trials.”

The ICH management committee’s discussion at its November meeting focused on smaller steps, but those steps were pointed in the same direction of greater, more meaningful participation by patients and those who treat them.