PRIME: How The EU Scheme Is Delivering On Promise Of Faster Drug Approvals

Nineteen new products that were developed under PRIME, the European Medicines Agency’s priority medicines scheme, are now approved for use in the EU. Pink Sheet analysis finds that many were reviewed much faster than they would have been under standard review timelines. 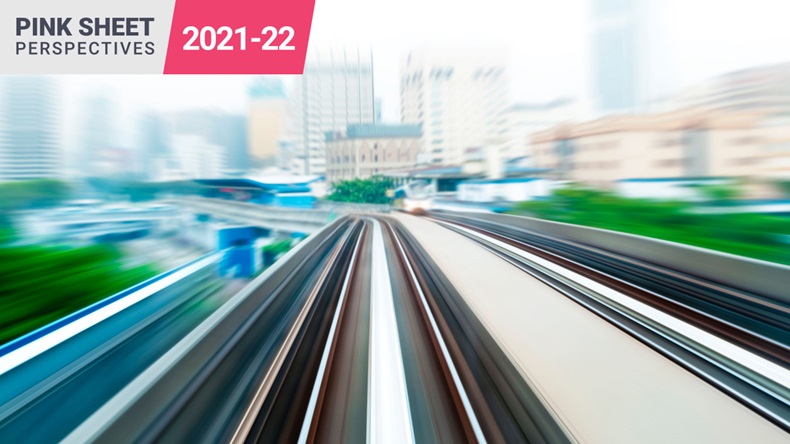 A total of 19 treatments have now been approved in the EU following their development under PRIME, the scheme that the European Medicines Agency launched in March 2016 in an effort to help drug developers optimize their product development plans and, in doing so, get drugs for unmet medical needs to patients earlier than they otherwise would.

Analysis by the Pink Sheet finds that, for many of the 19 products described above, PRIME did indeed live up to its promise of faster review times. Getting marketing approval is just one part of the product life cycle, with companies also having to convince payers of the value of these new treatments. The regulatory review phase is so critical, though, which is why schemes such as PRIME are important.

Many of the now-approved products were reviewed relatively quickly by the EMA, in some cases in around five or six calendar months. This compares with the year or so it usually takes for filings to be reviewed under the standard timeline.

The rapid reviews were achieved largely thanks to the EMA’s use of its accelerated assessment mechanism, which is one of the tools that developers can expect to benefit from when they secure a place on PRIME.

As well as exploring whether PRIME achieved its goal of speeding up the review of marketing authorization applications (MAAs), this article looks at the types of medicines that have been approved, and the diseases they target.

The aim is that, by optimizing their development plans, developers can generate rigorous data to support an eventual MAA that is strong enough to undergo an accelerated assessment by the EMA.

All but three of the 19 approved therapies were granted fast-track status.

Just over half of the 16 products with accelerated assessment reverted to the standard timeline as they made their way through the evaluation process. That said, a number of these filings were still reviewed relatively quickly.

Reviews lasted longer than 12 months for four of the 19 products. The sponsors of these filings had either lost their accelerated assessment status, been denied fast-track status in the first place, or had not applied for a speedy review.

While the PRIME scheme appears to result in shorter MAA review times, the degree to which it reduces the typical 12-year or so overall drug development timeline is not known, at least for now.

The EMA noted that, because the MAA sample is small, “each product is unique in terms of the development challenges and the clinical endpoint duration.”

It told the Pink Sheet: “Therefore, an analysis of the shortening of development times is not really feasible, as there is no meaningful comparison time-for-time.”

A five-year report on PRIME that analyzes how the tools offered by the scheme helped developers move through the marketing application evaluation process is expected to be published by the EMA soon. The report will analyze “the reduction of objections in marketing authorization applications and the assessment times,” the agency said.

Meanwhile, this article looks at whether and how the accelerated assessment mechanism was used for the 19 approved products. It analyzes how long it took the EMA to complete each review, based on the date that the review started and the date on which the agency adopted an opinion on whether the product should be approved (see Figure 1).

This article is based on the European public assessment reports (EPARs) that were available for most of the products concerned, the information the EMA publishes on the PRIME (priority medicines) scheme, and research by the Pink Sheet.

As of 16 February 2022, 98 products had been accepted onto PRIME – applications are considered during the monthly meetings of the EMA’s human medicines committee, the CHMP. (Also see "Hits, Misses & Key Firsts For EMA’s PRIME Scheme" - Pink Sheet, 21 Jan, 2022.)

A total of 19 are now authorized in the EU, but many are still in the development phase. Others are or have recently finished being reviewed by the agency for potential marketing approval.

Once the EMA adopts an opinion on whether a drug should be approved, it sends its recommendation to the European Commission, which has 67 days to issue a legally binding decision.

The eight chemical drugs include Oxbryta (voxelotor) for treating hemolytic anemia due to sickle cell disease. This product, from Global Blood Therapeutics, received EU marketing authorization on 14 February, becoming the latest of the 19 products to be approved.

All but two of the 19 products are orphan drugs. The medicines without an EU orphan drug designation are the Ervebo vaccine and Rozlytrek (entrectinib), Roche’s tumor agnostic therapy for treating NTRK fusion-positive solid tumors.

When it came to accelerated assessment, the developers of 18 products applied for fast-track status.

Products eligible for an accelerated assessment are the same as those that are eligible for PRIME – ie medicines of potential major public health interest, particularly from the point of view of therapeutic innovation (unmet medical need).

An accelerated assessment cuts the time it takes the EMA to evaluate a marketing authorization application under the EU centralized procedure from up to 210 days to up to 150 days (not counting clock stops in each case when applicants have to provide additional information).

The fast-track mechanism usually cuts months off the approximately 12 months it generally takes to review an MAA under standard EU centralized drug evaluation procedure timelines (see box on the right).

Sixteen of the 18 requests for an accelerated assessment were granted. The two requests that were rejected were for Rozlytrek and Oxbryta.

The agency was prepared to fast-track Rozlytrek for the NTRK gene fusion indication but not for use in the ROS1 NSCLC setting. Under the rules, an accelerated assessment can only concern the entire scope of a single MAA. If a single initial MAA covers two indications, both indications need to be deemed worthy of an accelerated assessment by the agency for it to be granted. In the end, the review of the filing for the drug took 15.9 months.

Hansa Biopharma appears to be the only company that did not requested an accelerated assessment. Its drug, Idefirix (imlifidase), is for the prevention of graft rejection following solid organ transplantation. The regulatory review of the product took around 15.8 months to complete.

It is not clear why Hansa did not apply for a rapid review; the company had not responded to the Pink Sheet by the time this article was published.

Seven of the 16 drugs granted accelerated assessment managed to hold onto the fast-track status throughout the review process, with the EMA completing its evaluation of these products in around five or six months.

Nine products with accelerated assessment reverted to the standard review timeline during the evaluation, although losing the fast-track mechanism did not necessarily extend the review time too much, with seven of the products concerned still completing their assessment in under a year.

Reasons for reverting to the standard review timetable varied (See Table 2). They include the need for more time to answer questions from the CHMP and a requirement to conduct good clinical practice (GCP) or good manufacturing practice (GMP) inspections.

MYR Pharmaceuticals, for example, was told by the EMA that the accelerated assessment timelines were no longer appropriate for Hepcludex (bulevirtide) as they “could not accommodate the consultation of experts in the context of an ad hoc Expert Group meeting, as requested by the CHMP.” Nevertheless, the review of the treatment for chronic hepatitis delta virus infection was completed in 6.9 months.

Zolgensma - 'Deficiencies In Many Aspects'

Zolgensma, on the other hand, took 16.7 months to be reviewed – making the AveXis/Novartis gene therapy for spinal muscular atrophy the slowest assessment of all 19 approved products. The product reverted to the standard review timetable due to the EMA finding that the dossier “presented deficiencies in many aspects of the quality and clinical presentation.”

In the quality dossier, for example, the agency had major objections pertaining to “the control of genetic integrity of the vector, comparability of the manufacturing processes and potency assay." In relation to the clinical dossier, major objections were identified in relation to the amount of efficacy and safety data available with the commercial manufacturing process and the indication wording. In addition, the EMA said that given the irreversible motor neuron loss in spinal muscular atrophy, its Committee for Advanced Therapies had agreed to convene a Scientific Advisory Group to discuss the patient population expected to benefit most from treatment with Zolgensma.

Last year, the EMA issued draft guidance to help developers in the PRIME scheme maximize their chances of quickly developing and winning marketing approval for their products. The guidance deals with quality and manufacturing issues and summarizes the scientific elements and regulatory tools that are available in the existing EU regulatory framework and that companies can use to develop and complete Module 3 quality data packages for their MAA. (Also see "EMA Tells Companies How To Boost Their Approval Chances Under PRIME" - Pink Sheet, 8 Feb, 2021.)

In addition to the accelerated assessment mechanism, the EMA frequently made use of another of its long-established tools for enabling early access to medicines.

This was the conditional marketing authorization (CMA), which was awarded to 10 of the 19 products. CMAs may be granted based on less comprehensive clinical data than normally required, where the benefit of immediate availability of the medicine outweighs the risk inherent in the fact that additional data are still required.

Securing a place on PRIME does not guarantee faster approval, or indeed approval at all.

So far, one drug that was developed under the scheme and which was filed for review has failed to win EU authorization. This was Gamifant (emapalumab), a product from Swedish Orphan Biovitrum (Sobti) for treating primary hemophagocytic lymphohistiocytosis. Gamifant was approved in the US in 2018.

Tavneos (avacopan), from ChemoCentryx, was granted a PRIME designation during its development and received EU marketing approval last month. The drug has not been included in this analysis because it was withdrawn from the scheme before the MAA that led to the approval was filed.

The filing had been the second one for Tavneos, which is for the treatment of severe, active granulomatosis with polyangiitis or microscopic polyangiitis. The first MAA had sought a conditional approval but the EMA had been concerned about the data and was of the provisional opinion that the drug could not be approved. ChemoCentryx pulled the filing, withdrew Tavneos from PRIME, and went on to collect stronger data that was used in the second filing and which the company’s partner, Vifor Pharma, submitted for a full, unconditional approval in late 2020. (Also see "EU: Vifor Tries Again With Avacopan Using ‘More Powerful’ Data" - Pink Sheet, 19 Nov, 2020.)

The EPAR for Tavneos is based on the second filing; it states that the drug “is currently not in a PRIME scheme.”

That said, ChemoCentryx told the Pink Sheet that the recommendations it received under the scheme were incorporated into the filing that was approved.

A few products have also been withdrawn from the PRIME scheme by their developers at an early stage, mostly due to discontinued development.

EMA Tells Companies How To Boost Their Approval Chances Under PRIME