Promotion does not adequately communicate the diabetes drug’s indication, limits of use and risks, FDA says. It objects to distracting visuals in video and less prominent risk information. Agency had previously relayed its concerns to Lilly about Trulicity promotions. 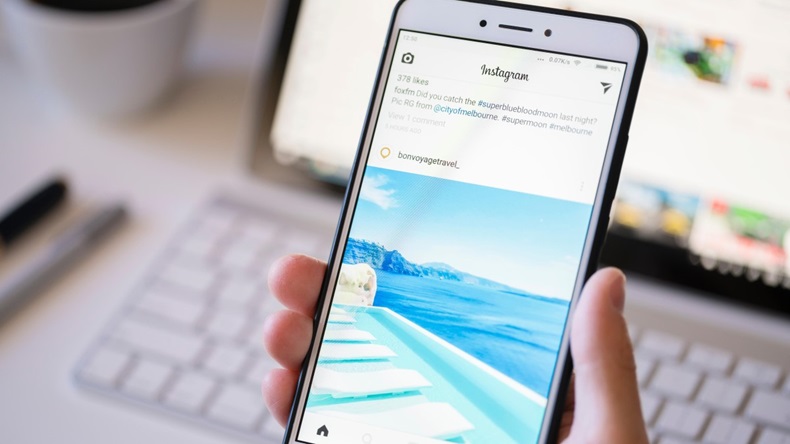 A week after Eli Lilly and Company appeased the US Food and Drug Administration’s concerns about television advertisements for Emgality, it was rebuked for an Instagram post promoting its diabetes drug Trulicity.

The agency sent a 19 January untitled letter to Lilly objecting to the social media post, “Trulicity 2020 Instagram Ad – 10,080 Minutes.” FDA’s Office of Prescription Drug Promotion said the post made misleading claims about the benefits and risks of the drug and created a misleading impression regarding its safety and effectiveness.

The agency noted that the labeling for Trulicity (dulaglutide) has a boxed warning for the risk of thyroid C-cell tumors and includes warnings and precautions regarding pancreatitis, hypoglycemia with concomitant use of insulin, and other reactions. It also noted that it had provided advisory comments to Lilly in September 2014, April 2015, January 2018, and February 2019. The letter redacted details about these communications.

“We are concerned that Lilly is promoting Trulicity without presenting the benefits and serious risks of the drug in a truthful and non-misleading manner, despite concerns previously expressed by OPDP,” the letter states.

Lilly submitted the promotion for FDA review through Form 2253. OPDP said it also received a complaint about the post through its Bad Ad Program, which encourages healthcare providers and others to report inappropriate promotional activities.

“We are conducting a full review of all active Trulicity promotional materials, and any materials that contain representations described in the letter will be revised or discontinued,” the company said in a statement.

OPDP said the Instagram post is misleading because the video portion prominently communicates that Trulicity can help “lower A1C along with diet and exercise” but fails to adequately communicate the drug’s FDA-approved indication and the limitations on use. The agency said this was particularly concerning given the serious risks of the product and the suggestion that Trulicity will help “lower A1C” in all patients, which has not been demonstrated.

FDA also objected to the way the indication and limitations of use are presented.

They are presented only in small, fast-paced scrolling font in a small window below the video at the bottom of the post, “competing for the consumer’s attention with several distracting video elements (fast-paced visuals, frequent scene changes, busy scenes, large-moving superimposed text, and a strong fast-moving musical beat) that detract from the communication of indication and limitations of use,” OPDP said.

The agency also criticized the presentation of risk information. “The post prominently presents benefit claims and representations about Trulicity emphasized by colorful, compelling, and attention-grabbing fast-paced visuals that take up the majority of the post in a video with frequent scene changes, busy scenes, and large-moving superimposed text along with other competing modalities such as the strong, fast-moving musical beat,” OPDP stated.

“In contrast, the risk information is in a small window relegated to the bottom of the post and is presented using fast-paced, scrolling, small font that is difficult to read and cannot be adequately processed or comprehended by consumers.”

In addition, OPDP said this presentation fails to include material information from the warning and precaution for hypoglycemia with concomitant use of insulin secretagogues or insulin.

First Ad Of Its Kind Targeted By OPDP

Heather Bañuelos, counsel at King & Spalding, noted that what FDA took issue with in the post is somewhat analogous to the agency’s objections to direct-to-consumer TV ads in which there are competing elements and risk disclosure.

Speaking at the firm’s 25 January webinar on drug and device advertising and promotion, she said this letter is really interesting because it targets the ad for compelling visuals, color, and bold text compared to scrolling important safety information in a very limited space.

“OPDP essentially objected to this as lacking fair balance,” Bañuelos said. “We haven’t seen an ad of this nature being targeted by OPDP before.”

Partner Nikki Reeves agreed. “This is certainly one to pay attention to because this is the format that we see predominantly on Instagram right now. So something for most companies to be thinking about,” she said.

Reeves added that it would be interesting to think about whether there would have been a different outcome in terms of presentation of important safety information if the ad had voiceover or another mechanism of presentation.

This is the second untitled letter Lilly has received in the past month. In December, OPDP cited the company for two TV ads for its migraine drug Emgality (galcanezumab-gnlm) for failing to include any risk information and omitting major side effects and contraindications associated with the drug.

Lilly told the agency that the ads aired as part of a complete TV broadcast that included indication and risk information. The agency then posted the letter along with a close-out letter saying Lilly had addressed its concerns and the matter was closed. (Also see "Lilly Resolves US FDA Concerns About Emgality TV Ads That Were Not Meant To Run Solo" - Pink Sheet, 17 Jan, 2022.)

The agency also subsequently posted close-out letters for the three other untitled letters it issued in 2021.

[Editor's note: Based on updated information from FDA, this story has been revised to note that OPDP has previously issued close-out letters for untitled letters.]
Advertisement