Use Of Real-World Data Hindered By Different Regulator Requirements

Challenges to the use of real-world data and the importance of wider international regulatory collaborations were among topics addressed by the European industry body EFPIA in a survey of its member companies. 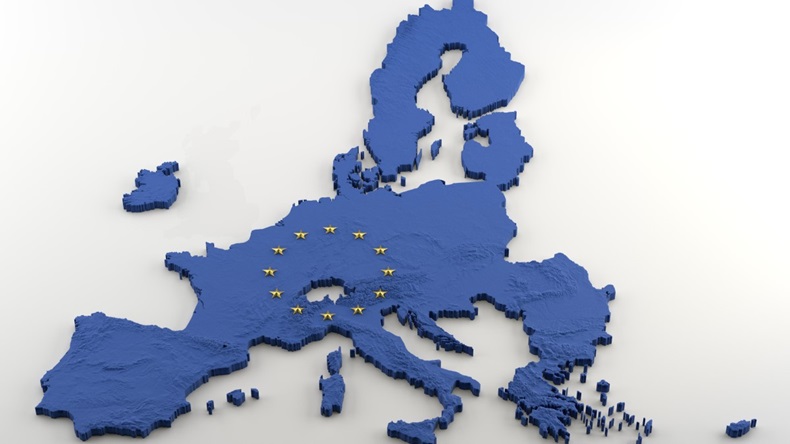 Source: Alamy Real-world data is being more widely used in the EU

Real-world data is increasingly being accepted by medicines agencies to support their regulatory decisions, whether on initial marketing authorizations or for post-marketing surveillance purposes. However, there are challenges to overcome, not least disparities between the requirements of the EU and US regulators, according to the European pharmaceutical industry federation, EFPIA.

These conclusions are contained in a report called Evidence Mix, which is based on a survey of EFPIA member companies in the context of the European Commission’s planned changes to the EU pharmaceutical legislation.

Companies were asked for their views on a range of issues, including their experience with, and predictions for, the use of real-world data (RWD) and real-world evidence (RWE) in drug development and assessment.

Randomized controlled trials continue to be considered the gold standard for product approval, but the use of RWE and RWD to support product regulatory decisions has increased over the past few years and will most likely continue to do so, EFPIA notes.

Real-world data (RWD) are data relating to patient health status and/or the delivery of health care routinely collected from a variety of sources.

Real-world evidence (RWE) is the clinical evidence about the usage and potential benefits or risks of a medical product derived from analysis of RWD.

Regulators such as the European Medicines Agency and the US Food and Drug Administration are increasingly using RWD to support their regulatory decisions in areas such as initial marketing authorizations, post-market surveillance, and new indications for approved medicines, EFPIA says. It notes that RWD can be derived from different sources depending on its proposed use, such as electronic health records, claims and billing actions, registries, patient-generated data, and information from other sources such as mobile devices.

EFPIA companies surveyed for the Evidence MIX report said that their use of RWD and RWE was growing in importance, particularly in the oncology area, the trade group says. They noted that new types of data and advanced analytics “can support the development of new health care solutions and ongoing evolution of data over the product life cycle, which can enable increased personalized health care.”

It is also expected that future clinical trials will have a stronger focus on patient centricity, patient diversity and reducing development cycle times, the report notes. “Use of RWD/RWE can better reflect the benefits that patients and society derive from innovative therapies through this patient generated data.”

However, there are challenges to overcome before such data can be confidently used in the regulatory sphere, according to the industry body. It says that “multiple” companies responding to the survey observed a lack of consistency in the requirements and decisions of the FDA and the EMA regarding the use of RWE and RWD.

EFPIA cites the example of AveXis’s gene therapy, Zolgensma (onasemnogene abeparvovec), which was approved in the US in May 2019 and in the EU in March 2020.

The FDA approved the product for the treatment of pediatric patients less than two years of age with a specific type of spinal muscular atrophy with bi-allelic mutations in the survival motor neuron 1 (SMN1) gene.

The approval came 10 months earlier in the US than in the EU. The respective agencies came to “comparable conclusions” about the RWE, and they both discussed potential issues about historic subtype classification, EFPIA notes.

“The reviews, however, differed in one notable area: EMA noted the potential for bias in the Paediatric Neuromuscular Clinical Research Network cohort stemming from disease severity of the included patients, while the FDA did not note this particular issue.”

In this context, one respondent to the survey said it expected “challenges in terms of availability of relevant expertise by regulators in relation to scientific advice, marketing authorization assessments as well as inspections,” according to the report. There were also “important limitations” to consider, such as selection bias and variations in timepoints for data collection, and the quality of the data used.

Transparency in the processes used to derive RWE may improve trust in this type of evidence, the report says. “In addition, ensuring high quality of the data sources used in terms of accuracy, timeliness, usefulness and rigorous quality control processes is of great importance, as well as ensuring that patients understand their role in and the potential of RWD/RWE.”

The report also discusses the importance of international collaborations among regulators in terms of speeding up new drug assessments. EFPIA notes that in recent years, several agencies have joined either the US-led Project Orbis or the ACCESS Consortium, or both. In many cases, products have received approvals more quickly in the participating countries than in the EU, according to the federation.

The ACCESS Consortium is a work-sharing program involving reviews of new active substances across therapeutic indications. Participating agencies are the TGA, Health Canada, the HSA, Swissmedic and the MHRA.

The EMA is not taking part in either program, although EFPIA notes that the agency is leading a pilot project, called OPEN, in collaboration with Health Canada, Japan’s PMDA, Swissmedic, the TGA and the World Health Organization. “This collaboration was not included in this analysis as it is a pilot project that was only recently initiated in February 2021,” EFPIA observes.

“Overall, the EU has had later availability of therapies that have been approved through these international collaborations” – EFPIA

On average, participating in project ORBIS and the ACCESS consortium “substantially reduces the median product approval times leading to faster access to new therapies,” it says. “Overall, the EU has had later availability of therapies that have been approved through these international collaborations.”

Looking at seven therapies that were assessed by Health Canada through the ACCESS consortium between July 2018 and January 2021, EFPIA says that five of the products were “authorized at a later date for the EU compared to Canada.”

The industry body also looked at 11 therapies assessed by Health Canada under Project Orbis where approvals were granted between September 2019 and August 2021, and where three products were also approved in the EU. “To date, all therapies in this cohort have been authorized at a later date for the EU compared to the US and Canada,” it says.

In May 2021, the UK MHRA, which joined Orbis at the beginning of last year, announced its first approval under the collaboration – an extension of indication for earlier use of AstraZeneca’s lung cancer drug Tagrisso (osimertinib) – shortly before the same approval in the EU. (Also see "UK Pips EU To The Post With ‘Project Orbis’ Approval For Tagrisso" - Pink Sheet, 7 May, 2021.)

The EFPIA survey covered a range of areas addressed by the commission’s proposal for an overhaul of the EU medicines legislation, including the regulatory performance of the EMA, expedited pathways and the assessment of combination products. (Also see "EFPIA On How EU Can Become A ‘World Leader’ In Life Sciences" - Pink Sheet, 7 Jan, 2022.)

It also looked at the possible timelines for implementing full electronic product information in place of paper-based documentation. (Also see "Full Electronic Product Information In EU May Have To Wait Until 2030" - Pink Sheet, 12 Jan, 2022.)

The commission’s legislative proposal is expected to be ready in the fourth quarter of this year. It will then undergo the full EU legislative procedure, which includes close scrutiny by bodies including the European Parliament and the Council of the EU (representing member state ministers).