Legislative deal on drug pricing reform includes a version of US government price negotiation for a subset of Medicare drugs. Only 10 will be selected for negotiation the first year but some analysts believe as many as 100 could be subject to negotiation by 2030. 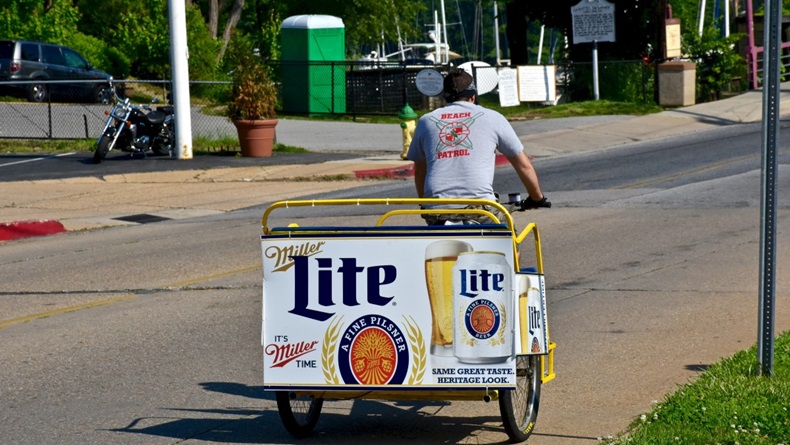 Source: Alamy Medicare Price Negotiation, But On A Limited Scale

Legislation establishing a process for the US Health and Human Services Department to negotiate the price of prescription drugs in Medicare may finally become law after years of wrangling between Congress and the pharmaceutical industry.

What has emerged as part of President Biden’s sweeping Build Back Better bill could have been a lot worse for industry. The negotiation plan described in legislation released on 3 November focuses on older drugs covered by Medicare Parts D and B that have lost market exclusivity and do not have generic or biosimilar competition, and insulins.

Efforts in Congress to include the negotiation provision in the broader legislation gained momentum over the past week after an earlier version was released without it, prompting complaints from the public and some stakeholders. (Also see "Winners and Losers In Democrat’s Mega Social Spending Package" - Pink Sheet, 29 Oct, 2021.)

The provision gives Democrats the ability to claim victory on drug pricing reform, a high-priority goal for voters. Though significantly scaled back from earlier pricing reform legislation in the House, the legislation can be touted as delivering on key policies, including, in addition to Medicare price negotiation, price inflation rebates and an out-of-pocket spending cap in Part D. That may be enough to subdue the push for further legislative reform for several years, which would be a benefit to pharma.

On the other hand, the legislation does set up a framework for price negotiation that could provide a platform for expansion in future years. In a statement on the bill, the Pharmaceutical Research and Manufacturers of America takes a dim view.

“This proposal is essentially Speaker Pelosi’s disastrous HR 3 dressed up as a compromise. If passed, it will upend the same innovative ecosystem that brought us lifesaving vaccines and therapies to combat COVID-19,” the group argued. “Under the guise of ‘negotiation,’ it gives the government the power to dictate how much a medicine is worth and leaves many patients facing a future with less access to medicines and fewer new treatments.”

Importantly, the legislation does not require manufacturers to negotiate prices for new drugs. That could allow companies to build a margin into launch prices that would accommodate discounts imposed under the negotiation process down the road.

In addition to pricing reforms, the legislation would repeal the Trump Administration rule that would have upended the rebate system in Medicare Part D by essentially outlawing rebates unless they are passed through to patients at the point of sale. The repeal can be scored as generating a significant amount of savings, even though the rule was never implemented, because it had been expected to cost the federal government hundreds of billions of dollars in higher spending on premiums and subsidies.

The Treasury Department released an unofficial estimate on 4 November that suggests the drug pricing provisions in the Build Back Better bill could save the government around $250bn over 10 years. The majority ($150bn), would come from repealing the rebate rule and the remaining $100bn would be generated mainly from the negotiation process and price inflation rebates, based on previous estimates of comparable provisions. The Part D spending cap and redesign is actually expected to raise government spending.

The legislation directs HHS to select up to 10 drugs for negotiation in the first year (2025), with the total to be selected rising to a maximum of 20 drugs per year by 2028 and thereafter. For the first few years, small biotech drugs with minimal Medicare sales will be exempted from the program. Drugs selected for negotiation must be among the highest cost drugs in Part D and B. Small molecule drugs chosen must have been on the market for at least seven years and biologics, for at least 10 years.

The bill states that in selecting drugs for negotiation HHS “shall not consider or count … drugs that are already selected,” which raises a question of whether the list of drugs could be cumulative over the years, ADVI VP policy Lindsay Bealor Greenleaf told the Pink Sheet. If the provision is read as providing HHS with the authority to make the list cumulative, as many as 100 drugs could be subject to negotiation by 2030, she pointed out.

Manufacturers who do not comply with the negotiation process could face an excise tax penalty equal to a percentage of the price of each sale. The tax would start at 65% and increase by 10 percentage points for each 90 days of noncompliance, capped at 95%. Manufacturers could also face civil monetary penalties for not honoring a negotiated price.

Under the negotiation framework, the average manufacturer prices for selected drugs would be discounted by amounts ranging from 25% to 60%, depending on how far past their exclusivity they are. Specifically, drugs on the market more than 12 years will be subject to a 25% discount, drugs that are 12 to 16 years old can be discounted by 35% and drugs that have been on the market for more than 16 years will be subject to discounts of 60%. The discounts will be the subject of negotiations between HHS and manufacturers that will take place over a period of months each year.

Importantly, the legislation does not require manufacturers to negotiate prices for new drugs. That could allow companies to build a margin into launch prices that would accommodate discounts imposed under the negotiation process down the road.

Bernstein's Gal identified just a handful of drugs, such as Bristol Myers Squibb's Revlimid and Orencia, Boehringer Ingelheim's Spiriva and several brands of insulin, as fitting into the category that could be subject to 60% discounts.

The fact that the negotiations will center around average manufacturer prices as opposed to net prices could also be helpful to manufacturers. AMP, which represents the average price to wholesalers, does not include rebates to pharmacy benefit managers. That could mean that negotiation may not have a big impact on drugs on the market for up to 16 years – and subject to discounts of 25% or 35% – in categories in which prices are already rebated at those levels, Bernstein analyst Ronny Gal suggested in a preliminary analysis of the legislation.

As a result, the negotiation process is likely to have the greatest effect on less rebated drugs, such as physician administered treatments covered under Part B and oncology drugs, he noted. And the older the drug the more significant the impact. However, “it’s a high-class problem to have a drug with no generics or biosimilars after 16 years,” Gal observed.

Gal identified just a handful of drugs, such as Bristol Myers Squibb Company’s Revlimid and Orencia, Boehringer Ingelheim GmbH’s Spiriva and several brands of insulin, as fitting into the category that could be subject to 60% discounts.

As part of the negotiation process, manufacturers are obligated to provide HHS with information on:

In considering the information provided, HHS should not “use evidence or findings from comparative clinical effectiveness research in a manner that treats extending the life of an elderly, disabled, or terminally ill individual as of lower value than extending the life of an individual who is younger, nondisabled, or not terminally ill,” the bill states. The language implies that HHS would be barred from using quality-adjusted life years (QALYs) as a metric in a cost effectiveness analysis.  (Also see "HHS Drug Pricing Plan: Mum On National Cost Effectiveness Program, Cautious On QALYs" - Pink Sheet, 10 Sep, 2021.)

No More Humiras: Thinking Through The Impact Of Price Negotiation In US

President Biden And Drug Prices: Why Does No One Seem To Care?