India’s draft policy to catalyze R&D and innovation seeks to create a “regulatory bias” towards innovation and aims to cut approval timelines sharply, among a raft of other proposals that include enabling differential pricing for “innovation with therapeutic benefits.” The Pink Sheet explores multiple nuances of the plan with industry experts. 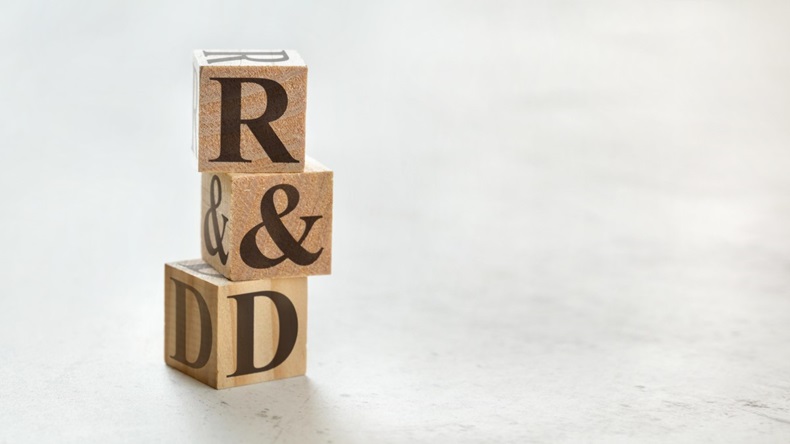 India has put forth a draft policy plan to spur R&D and innovation in the biopharma and medtech segments, but effective implementation, political will to press ahead on some key proposals and seamless co-ordination between multiple agencies could be pivotal to ensure real gains.

The proposed policy is built around three core prongs – strengthening the regulatory framework, incentivizing private and public investment in innovation via a blend of fiscal and non-fiscal measures, and enabling a “facilitatory ecosystem” to propel innovation and cross-sectoral R&D.

Tech Transfer Roundup: Inside The Law That Transformed The Research Landscape

The Bayh-Dole act of 1980 facilitated deal-making between private-sector firms and research institutions, largely seeding the US biotech industry. Plus, an overview of the latest tech transfer deals.

The draft, which is open for comments until 6 November, outlines a raft of measures which, among others, expects to halve regulatory approval timelines and enable differential pricing for innovative products. It also plans to build in a policy along the lines of the US Bayh-Dole Act to help move academic discoveries into the commercial landscape.

The proposed policy has a 10-year perspective and its action plan will be structured to five year and annual activities for ease of implementation. A “high-level task force” is to be set up in Department of Pharmaceuticals under India’s Minister for Chemicals and Fertilizers to guide and review the implementation of the policy.

Dr Ajit Dangi, president and CEO of Danssen Consulting, termed the policy draft a comprehensive piece of document which could accelerate R&D, but underscored that it would require a range of factors including “scientific infrastructure”, access to funds such as venture capital, and an enabling intellectual property rights environment to be aligned seamlessly to produce results.

Dangi, a former president and executive director of Johnson & Johnson in India, told the Pink Sheet that harmonization between the state and central regulatory agencies remains “a top priority”, though the issue has been flagged by various government committees in the past with little progress.

“The COVID-19 pandemic has given this issue an element of urgency as many of the new vaccines and treatments were given regulatory approvals on an emergency basis. Forming a central agency on the lines of the US FDA or the UK MHRA will go a long way in cutting down the regulatory cycle for a new drug or medical device,” said Dangi, who also sits on the board of the Indian firm Atul Bioscience.

While most functions pertaining to biopharma regulation including clinical trials and laying down standards for drugs come under the purview of  India's Central Drug Standards Control Organization (CDSCO), areas such as licensing and monitoring of local manufacturing units and distribution of drugs are primarily regulated by the State Drug Control Authorities.

The CDSCO is responsible for coordination of the activities of state drug control organizations in order to ensure uniformity in the enforcement of India’s Drugs and Cosmetics Act; the central and state regulators are jointly responsible for grant of licenses in certain specialized categories of critical drugs such as blood and blood products, I. V. Fluids, vaccines and sera.

The new draft policy outlines a series of measures that will help create a “regulatory bias” in favor of innovation and original R&D; it aims to cut approval timelines for innovative products by at least 50% within the next two years.

Various regulatory agencies are expected to work cohesively to cut process overlaps and establish timelines for approvals. A Common Specific Procedure Pathway (CSPP) for “each class of product” is to be provided, which would include checklists, prescribed timelines, parallel processing, joint inspections, automatic/deemed approvals, and sharing of data across regulators.

Industry experts said that a simplified and common regulatory approval is potentially the “easiest one” to deliver on. “A bit of political will and focus and this can be achieved in 12-18 months,” one expert maintained.

The draft puts forth enabling joint inspections by the CDSCO and state FDA, to be “conducted only once, in parallel,” in the case of vaccines and biologics for a particular class of product, for marketing authorization. Specifics on this will likely be keenly watched by industry.

Expanding digitization is also at the crux of the plans, with a single end-to-end digital portal proposed, which would be used by different departments and regulators. Artificial intelligence-backed dossier review and deficiency identification using natural language processing and automated document management workflows are to be used to improve efficiency and reduce human interface.

“The portal (single window) to be hosted by the CDSCO will offer a single interface between the innovator and regulator. The technology-based single point of interaction shall aim to bring transparency, timeliness and predictability in processes and outcomes around regulation,” the draft said.

Industry veteran and former vice-chairman of Novartis India., Ranjit Shahani, said that the government had taken various measures over the recent past to streamline approval processes, which have led to transparency and clarity among stakeholders – for instance the amendment of clinical trial rules. (Also see "India New Trial Rules - Sponsors Interested But 'FAQ' Could Help" - Scrip, 16 Apr, 2019.)

“However, much is desired to ensure that we not only improve systems/processes but also allow convergence of relevant technical/ subject matter experts and functions under one regulatory framework,” Shahani, currently chairman of JB Chemicals & Pharmaceuticals Ltd., told the Pink Sheet.

While the approval process in biopharma and the medtech industry is complex and certain categories such as biologics may require additional steps to be undertaken to establish adequate safety and efficacy parameters, Shahani stressed that it’s imperative to establish a single window clearance mechanism – a simple analogy being the Reserve Bank of India for the banking system.

But what may be of particular interest to pharma is the reference to “support” the National Pharmaceutical Pricing Authority (NPPA) to develop “greater expertise” in pricing of new innovative products, while not losing sight of the overall objective of affordability.

Danssen’s Dangi suggested the need for a separate pathway for pricing new innovative drugs or devices, where disciplines like pharmacoeconomics should play a major role. “Pharmacoeconomics does not focus on costs alone but the cost benefit ratio of the new drug / therapy and the value it adds to the patient,” he explained.

He referred to a similar approach followed by the National Institute for Health and Care Excellence, UK, which supports the use of Quality-Adjusted Life Years as the primary outcome for quantifying the health benefits of a new drug/health regime.

The draft goes on to call for weeding out inconsistencies and redundancies in legislation impacting R&D in pharma and medical devices, referring, among others, to plans to review India’s Drug Prices Control Order 2013 to enable differential pricing for “innovation with therapeutic benefits”. In another instance, the draft moots the exemption from the Biological Diversity Act of products that are “cultured and cultivated artificially under controlled conditions” and don’t impact natural resources and the biodiversity of the country.

Shahani believes that innovative products ought to be considered for the “right” pricing opportunity rather than “higher” pricing. Right pricing, he maintains, allows companies to ensure sustainability of new products, which further allows them to re-invest, achieve scale and eventually pass on the benefit to patients

“All innovative molecules need to be seen with a distinct patient continuum lens with underlying possibilities of driving adoption and care at end patient level and thereby final outcomes from a price/volume potential,” he stressed.

The draft also recognizes the need for industry and individual institutes engaged in R&D, currently largely in silos or through “informal ad-hoc cooperation”, to be supported with a wider ecosystem that recognizes, facilitates and rewards innovation and research.

While countries that have provided such ecosystems have gained, building an institutional ecosystem also creates a “balance of equity with efficiency motivations that will align the market and societal forces towards the goal of universal health care,” the draft stated

The policy, therefore, aims to strengthen academic industry linkages and foster collaboration across institutions and sectors and also build supporting infrastructure as part of efforts to ensure a robust ecosystem.

Senior McKinsey executive shares insights on the potential contours of pharma’s 'reimagined' operations against the backdrop of COVID-19 and striking a balance between supply chain security and the cost component. A dramatic near-term shift to a “completely onshore model” in markets like the US would not realistically be possible, he indicated.

“It requires high-quality academic talent and infrastructure through development of anchor institutes to pursue long-term research projects on themes of strategic importance with support of special resources and funding - like for instance, The National Centres of Competence in Research, Switzerland, or C9 China - an alliance of nine universities in China, launched by the Chinese government,” McKinsey & Company senior partner Vikas Bhadoria told In Vivo earlier this year. (see side bar)

There have been previous efforts to drive academic research in the commercial landscape and ex-Novartis vice-chair Shahani noted that one of the main ways in which publicly funded universities, laboratories and academicians contribute to domestic innovation and productivity is by getting knowledge and technology into the public domain.

An Indian bill, which encourages the commercialisation of intellectual property (IP) from government-financed R&D for the larger public good, is being widely debated, with some experts claiming that it is flawed and could stymie potential gains from the open source drug discovery model.

“However, patent concerns rise with the risk of such information sharing. The government should build on specific guidance on about what sorts of publicly-funded research outputs ought to be patented, and how the interest of academicians can be protected.”

Shahani called for specific guidelines to be put in place on how the private and public sector could set up special purpose vehicles (SPV) and interest of researchers/ academicians is protected under such SPVs.

The US Bayh-Dole Act was enacted in 1980 and transformed the system of technology transfers giving certain institutions, like universities and nonprofit research centers, the right to own patents on inventions arising from federal grants.There's been lot of heat in the US around the march-in provision of the Act over the recent past. (Also see "Importation, Pay-For-Delay Reform Backed By Biden Order; March-In Rights For Pricing Suggested" - Scrip, 11 Jul, 2021.)

One estimate suggested that Bayh-Dole facilitated the contribution of $1.7tn to the US economy between 1996 and 2017, including the creation of close to six million jobs. Products resulting from deals facilitated by the passage of the act are said to include the chemotherapy Taxol (paclitaxel), nicotine patches, Sanofi’s FluMist nasal spray vaccine, and vaccines for hepatitis B and C.

Bayh-Dole also likely had some role in bolstering Moderna, Inc.’s COVID-19 vaccine efforts since the biotech had licensed technology and intellectual property from Harvard University and the University of Pennsylvania, one expert noted recently.

The Immortal Humira? In Huge Test For US Biosimilar Policy, Brand May Still Have Edge