HHS Inspector General’s timeline means Congress won’t have findings to use during upcoming user fee renewal debate; ‘review’ is not an ‘investigation’ which could come with potentially more damning legal consequences for the agency. 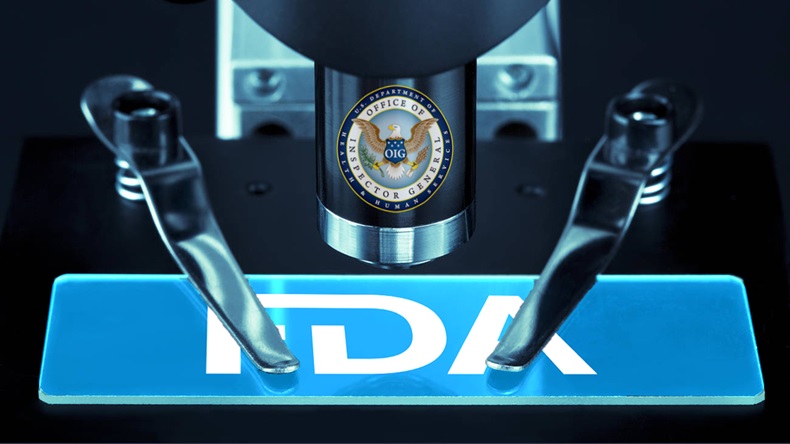 The US Health and Human Services Office of Inspector General will undertake a broad assessment of how the Food and Drug Administration implements the accelerated approval pathway, following concerns of inappropriate agency actions during the review and approval of Biogen, Inc.’s Alzheimer’s treatment Aduhelm (aducanumab-avwa), but the fiscal year 2023 expected issue date of the review could make any recommendations fall a bit flat.

That’s because Congress will need to reauthorize the agency’s prescription drug user fee program by 30 September 2022, the most likely vehicle for any major legislative changes to the agency over the next five years. OIG’s announcement, however, does indicate its work may result in multiple reports, raising the possibility some interim work would be published earlier.

The OIG review, announced on 4 August, comes a little less than a month after FDA Acting Commissioner Janet Woodcock requested an independent review of Biogen and the agency’s interactions during the lead up to the June accelerated approval. (Also see "Woodcock Requests Independent Review Of Biogen-FDA Aduhelm Interaction … Not Approval Decision" - Pink Sheet, 9 Jul, 2021.)

Aduhelm is the only drug called out by name in the review announcement, which notes the drug’s approval raised concerns “due to allege scientific disputes within the FDA, the advisory committee’s vote against approval, allegations of an inappropriately close relationship between the FDA and the industry, and the FDA’s use of the accelerated approval pathway.”

OIG said its accelerated approval assessment will include looking at how FDA’s decides to use this pathway and any scientific disputes. It will also review interactions between the FDA and outside parties and review FDA’s relevant policies and procedures and determine compliance with them.

OIG is not assessing “the scientific appropriateness of the FDA’s approval,” of any drug, it adds.

FDA ‘Should Be Pleased’ Review Will Be Broader

The findings will be based on a sample of drugs approved via accelerated approval, per the announcement, but the scope and methodology of the review are not yet available so its not clear if the OIG is looking at the broader accelerated program to better assess Aduhelm’s review, as some predict, or whether OIG is truly interested in issuing a sweeping evaluation of accelerated approval.

Stewart Kameen, a former senior counsel in the Office of Counsel to the Inspector General-Industry Guidance Branch at HHS OIG, said the description of the review suggests that the focus is going to be on Aduhelm as a “case study, as it were, for the process.”

“It’s pretty telling how they use the name in the actual excerpt,” Kameen, now a counsel at Bass, Berry & Sims, told the Pink Sheet.

“FDA should be pleased that the review will be broader than Aduhelm as it allows for context and perspective,” said Ian Spatz, a senior advisor at Manatt Health said. The 2023 timeline also provides FDA time to make changes and for the attention of the Aduhelm decision to fade, he added.

A former FDA official told the Pink Sheet that they weren’t surprised by the broader look since OIG will need a detailed background on the program and FDA’s implementation to best comment on whether the agency followed its usual procedures during the Aduhelm review.

The accelerated approval program has always been controversial, the official added, so it makes sense to take a wider look. However, they didn’t see this as a major threat to the program as there are many sponsors, patient groups and lawmakers pushing for broader use of accelerated approval and quicker approvals in general. (Also see "US FDA Doesn’t Need Conditional Approval Pathway, Cavazzoni Tells House Committee" - Pink Sheet, 29 Jul, 2021.)

On the other hand, Aduhelm has added fuel to the fire of many long-time critics of the accelerated approval process, particularly those concerned about the agency’s track record of ensuring companies complete timely post-market trials that confirm a clinical meaningful benefit or leave the market.

Review Is Lower Stakes Than Investigation

One positive for the FDA is that this OIG effort is only a review, meaning it will assess or evaluate the performance of HHS programs and operations and offer recommendations to improve the efficiency and effectiveness of them, OIG Deputy Director of Communications Yvonne Gamble explained.

That’s distinct from an investigation which refers to law enforcement work that is looking into potential fraudulent or unlawful, activity, Gamble said.

A review will usually result in a report with recommendations for corrective actions, whereas an investigation could result in administrative, civil and criminal penalties, Kameen said. Inspections are usually not made public while they are ongoing, he added.

Either way, OIG has very broad authority from Congress to obtain all relevant non-attorney client privileged, information, data or communications even if it is not a “investigation,” according to  Brian Bewley, a partner at Manatt, Phelps & Phillips and former senior counsel at HHS OIG.

Public Citizen, which called on OIG to investigate the FDA and Biogen’s collaboration on the marketing application in December 2020, praised the announcement.

“We are particularly pleased that the OIG’s evaluation includes an examination of the interactions between the FDA and outside parties during the review and approval process of these drugs,” said Michael Carome, director of Public Citizen’s Health Research Group.

“In our 9 December letter to the OIG, we encouraged the IG to examine whether there have been any similar close collaborations between the FDA and other pharmaceutical companies that likewise may have compromised the integrity of the agency’s regulatory review and decision-making process,” Carome said.

OIG said they could not yet comment on whether they would be reaching out directly to pharmaceutical companies as part of the review.

Shortly after OIG announced the review, Acting Commissioner Woodcock tweeted that FDA intends to fully cooperate with the review. She said the agency is “committed to ensuring the integrity of the accelerated approval program,” and that FDA would expeditiously review any action items identified by OIG’s report to determine the best course of action.

Accelerated Approval: How The Aduhelm Probes Will, And Won’t, Impact The Debate

The IRA And US FDA: How Will Agency View Any Drug Development Changes?

Accelerated Approval: US FDA Should Explain Why An Ongoing Trial Is Not Required