Roxadustat Rejection Has Lessons For Other Sponsors

A US FDA Advisory Committee’s overwhelming rejection of FibroGen/AstraZeneca’s oral anti-anemia agent is a big setback for the sponsor. But the committee’s reaction to novel strategies used to try to save the application has an important message for all drug developers about the limits of those approaches. 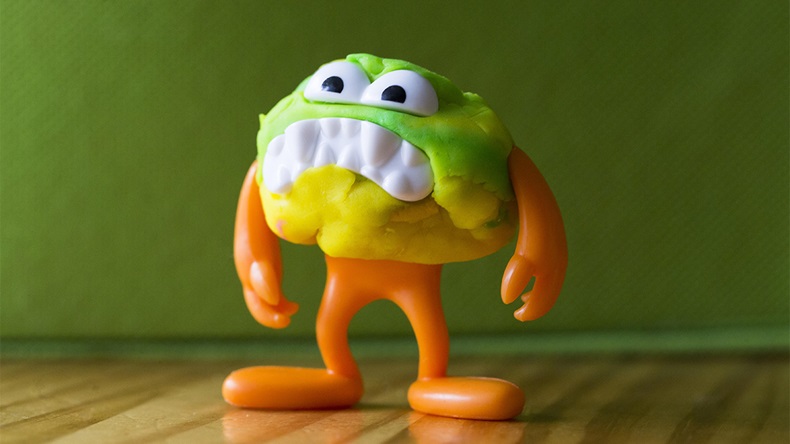 Source: Alamy This modeling clay figure may not get a warm reception. The modeling studies suggested by sponsors could also provoke negative reactions at advisory committees.

By the time the US Food & Drug Administration’s Cardiovascular & Renal Drugs Advisory Committee met to discussion FibroGen, Inc./AstraZeneca PLC’s anti-anemia agent roxadustat on 15 July, it was already clear that the application was in trouble.

FDA had already extended the review deadline – originally set for December 2020 – by three months. Then the agency decided it would miss the new deadline altogether and convene an advisory committee prior to acting on the application. In recent years, that type of timeline often means that the advisory committee is serving primarily as an opportunity for FDA to explain publicly the basis of a rejection that is about to be communicated to the sponsor more formally.

And all that was before FibroGen disclosed that its originally reported cardiovascular outcomes data for the therapy had presented data using stratification criteria that were different from the pre-specified analysis. The restated data eliminated any suggestion that roxadustat might have a lower risk of major CV events than epoetin. (Also see "Roxadustat Approval Might Hinge On Additional Safety Analyses After FibroGen Admits Manipulating Data" - Pink Sheet, 7 Apr, 2021.)

With all the context, the outcome – overwhelming votes against approval in patients with chronic kidney disease – hardly seems surprising, even if it is a remarkable turn of events for a therapy that was originally developed to be a safer alternative to erythropoiesis-stimulating agents (ESAs). (Also see "FibroGen’s Roxadustat Rejected By US FDA Panel Due To Safety Concerns, Untested Dosing Strategy" - Pink Sheet, 15 Jul, 2021.)

But there was an important message for all drug developers from the meeting that should not be overlooked: sponsors hoping to use novel regulatory tools to resolve uncertainty about major applications should not assume FDA’s advisors will be open to those approaches.

In particular, the Cardio-Renal Committee voiced strong reservations about two oft-discussed new approaches to drug development: modeling/simulation studies and real-world evidence. Both were key elements of AstraZeneca/FibroGen’s efforts to salvage the application.

The dosing plan was the more crucial issue in the context of the advisory committee outcome. Based on FDA’s hypothesis that the risk of thrombotic events may relate to the rate of increase in hemoglobin (regardless of the method used to achieve the increase), the sponsors suggested modifying the dosing strategy used in clinical trials. Specifically, they proposed starting with lower doses, treating to a lower hemoglobin target, and discontinuing treatment sooner in non-responders.

Committee members broadly agreed with the logic of the dosing change, but absolutely rejected the idea of basing an approval on modeling rather than new studies to validate that the change would, in fact, increase the margin of safety without reducing efficacy.

“It is a reasonable approach that needs to be tested,” cardiologist Milton Packer (Baylor University Medical Center) stressed.

Patient representative Paul Conway was especially critical of what he saw as an attempted shortcut by the sponsor. He noted the emphasis on the value of an oral agent for reducing the “burden” on patients, but then stressed that there is also a “burden” on sponsors to demonstrate claimed advantages with evidence. “I’m very concerned about taking the data that we have and trying to extrapolate that through a model or some tangential effort to show safety,” he said. “This should get checked out before it goes into patients.”

The committee reacted similarly to the sponsors’ proposal to use a real-world study to both validate the dosing strategy and track CV outcomes.

AstraZeneca Global Clinical Head Dustin Little made a seemingly strong case for the approach, noting that the US dialysis market is “uniquely suited” for prospective assessment of venous arterial thromboembolism, since assessments and outcomes are routinely tracked in dedicated practice settings.

Committee members, however, did not see that approach as a viable alternative to a more traditional randomized controlled trial. Unlike the dosing issues, there was no separate discussion of the post-marketing study idea, but University of Wisconsin statistician Thomas Cook (among others) noted in explaining “no” votes that he did not believe the proposed trial would suffice to answer questions about comparative safety.

Both FDA and industry have made significant efforts to advance the use of novel tools like modeling and real-world evidence. The roxadustat experience underscores how far there still is to go before they are likely to be accepted by the broader community who relies on FDA’s regulatory decisions.

The US FDA’s Advisory Committee Drought

Evusheld: UK Urged To Use RWD To Give Clinically Vulnerable Early Access To COVID-19 Treatment