The Canadian government has come under fire for failing to take the necessary steps that would allow a Canadian company to produce generic versions of COVID-19 vaccines. 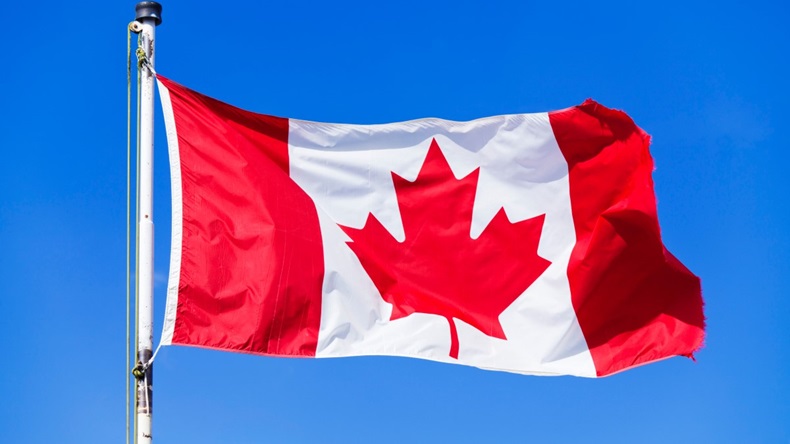 The Canadian government is afraid that adding COVID-19 vaccines to the list of products that can be subject to a compulsory license would “incur the wrath of the pharmaceutical industry,” says John Fulton, executive vice-president of the Canadian company Biolyse, which has been trying to secure a compulsory license to manufacture a generic version of the Johnson & Johnson vaccine.

The claim, made in an open letter to François-Philippe Champagne, Canada's minister of innovation, science and industry, comes after Biolyse signed an agreement with the Bolivian government to supply the Latin American country with a version of the Johnson & Johnson vaccine priced at between $3 and $4 a dose.  (Also see "Canadian Firm Scathing On Obstacles To Compulsory Licensing" - Pink Sheet, 27 May, 2021.)

The path to a compulsory license in Canada is the Canadian Access to Medicines Regime (CAMR), which allows countries with insufficient manufacturing capacity to import generic versions of patented medicines manufactured in Canada. Such products must be listed on Schedule One of the Canadian Patent Act.

"This isn’t just unacceptable, it is un-Canadian" – John Fulton, Biolyse

According to Fulton, for over three months his “entreaties” to officials at the department of innovation, science and industry and to the medicines regulator, Health Canada, to get COVID-19 vaccines listed on Schedule One “have been met with nothing but stonewalling.”

“Under the present circumstances, with a global pandemic raging and poorer countries facing untold loss of life that would be unfathomable to most Canadians, this isn’t just unacceptable, it is un-Canadian,” said Fulton.

He accused the government of failing to take the necessary steps to add vaccines to Schedule One, which he said was a “simple matter” of obtaining an Order-In-Council to amend Schedule One from the Treasury Board. An Order-In-Council is a notice of an administrative decision made by the federal cabinet and can address a range of legislative and administrative matters.

Fulton also criticized claims by the department of innovation, science and industry that appeared in local media asserting that “adding a COVID vaccine to Schedule One would not allow a compulsory license for the production and export of these vaccines.” The department also stated that companies using the CAMR pathway must be capable of manufacturing the product and conducting the necessary studies to meet national safety and efficacy requirements before authorization can be granted.

According to Fulton, this indicates that the government’s interpretation of CAMR is that before a product is listed on Schedule One, a company must first demonstrate it can manufacture a competing version of the vaccine and have obtained a Notice of Compliance (NOC) from Health Canada. An NoC indicates the manufacturer complied with relevant sections of the Food and Drug Regulations.

“If that is indeed the case, we can find no legal basis for that interpretation of CAMR,” Fulton said in the letter. He pointed out that when the Schedule One list was initially put together, it included all the patented products that the World Health Organization listed as essential medicines, many of which had no competing generic version on the Canadian market at the time. The requirement that a third party company should produce the product and obtain an NOC from Health Canada “could not have been the government’s original policy rationale for eligibility on Schedule One,” according to the letter.

Schedule One has since been amended on three separate occasions, including the addition of the antiviral Tamiflu in 2006. “In neither instance was there any indication that a company stood poised to enter the market with a generic version of these drugs or that this was a condition precedent for their admission to the Schedule,” Fulton declared.

The letter accused the government of placing onto the company all the risk associated with reverse engineering a competing version of a patented drug and carrying out all the clinical work necessary to secure a Notice of Compliance, with no guarantee that the product would be added to Schedule One by the time the company was able to export it.

“In what universe would any company – even the most altruistically minded – roll the dice in this manner when there is no indication that the government harbors the same altruism toward the less fortunate of this world?” Fulton asked.

He also accused the government of being politically motivated and said its intransigence on adding the vaccines to Schedule One was down to fears that it would “incur the wrath of the pharmaceutical industry” and that Canadians would vote against the government for putting the health of people in developing countries before that of Canadians.

"Adding these products to Schedule 1 remains the right thing to do" – John Fulton, Biolyse

Fulton is also frustrated that the government does not seem to believe that Biolyse is capable of manufacturing an alternative version of one of the vaccines. “I don’t know what more I can say to convince you otherwise, but, regardless, adding these products to Schedule 1 remains the right thing to do,” he said in the letter.

In response to enquiries from the Pink Sheet, the department of innovation, science and industry repeated its assertion that adding a COVID-19 vaccine to Schedule One “would not allow a compulsory license for the production and export of these vaccines.” It also repeated that companies seeking authorization through CAMR should be able to manufacture the drug and conduct the required trials to establish that Canadian safety and efficacy requirements are met.

The government’s response to the pandemic was guided by an understanding that it “will not be over anywhere until it’s over everywhere” and that it had made “historic investments” in the domestic industry, the spokesman noted.

“When this pandemic began, Canada had very limited biomanufacturing capacity suitable for a COVID-19 vaccine, he said. “The government immediately doubled down to invest in flexible domestic production, ramp up our facilities, and support our domestic biomanufacturing and life-sciences sectors.”

He also pointed to collaboration with other international partners, including the commitment made at the recent G7 meeting to share more than 2 billion vaccine doses with the rest of the world. 100 million doses would come from Canada, 87 million through Canadian funding via the WHO’s Access to COVID-19 Tools (ACT) Accelerator vaccines pillar, and 13 million doses through the COVAX Facility.

In addition, the 2021 federal budget will invest CAD2.2bn ($1.79bn) over seven years into developing a “vibrant” domestic biomanufacturing and life sciences sector, said the spokesman. Canada will also provide CAD375m to help develop, produce and distribute diagnostics, therapeutics and vaccines to low-and-middle-income countries, which will bring Canada’s total commitment to the ACT-Accelerator to over $1.3bn, he added.