Patient Support May Have Helped Push Aduhelm Toward Approval

After largely negative advisory committee meeting, a patient group held a listening session with the FDA to be sure their voices were heard during the review of Biogen's aducanumab. 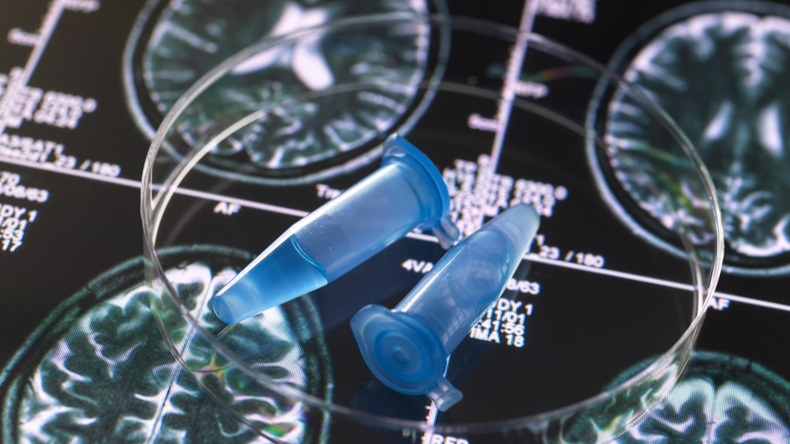 The group scheduled a listening session with Patrizia Cavazzoni, then the acting director of the FDA’s Center for Drug Evaluation and Research. The Alzheimer’s Association already had expressed its support for the drug’s potential and said it wanted to “share the speakers’ individual and collective sense of, and need for, hope and progress.”

“We were deeply concerned that the voices of those diagnosed with Alzheimer’s and their caregivers had not truly been heard during the November 2020 FDA advisory committee meeting,” the group told the Pink Sheet.

The campaign by the Alzheimer’s Association and other patient groups’ was successful. The drug received accelerated approval on 7 June despite a number of questions about its efficacy. Aduhelm is the first novel therapy approved for Alzheimer’s since 2003 and the first treatment targeting the pathophysiology of the disease, which is amyloid beta plaques in the brain. (See box for more of our coverage of the decision.)

The Ups And Downs Of Aducanumab’s Rollercoaster Development Program

US FDA’s Most Controversial Drug Approval Decisions, From A To Z

The 20 January listening session included testimonials from six patients and two caregivers about their experience with Alzheimer’s and dementia. The group also responded to questions about the amount of risk they could tolerate when taking a new treatment, whether they would take a treatment with limited benefits or benefits that only lasted a certain period of time, and the value they placed on a treatment that could slow disease progression or extend their lives.

The session came on top of a largely pro-approval open public hearing at the advisory committee meeting. Most of the 16 speakers at the meeting, which included patients, clinicians, advocates and caregivers, were in favor of the treatment.

The advisory committee decided that there was no overwhelming evidence of efficacy and that a failed trial could not be separated from a successful study of the product. Accelerated approval was not presented to the committee as an option.  (Also see "Biogen’s Aducanumab Falls Hard At Panel Review, Leaving US FDA In A Tight Spot" - Pink Sheet, 7 Nov, 2020.)

USAgainstAlzheimer’s, another patient advocacy group, also pushed for approval, issuing multiple press releases arguing among other things that patients cannot afford to wait any longer for a treatment.

The group said it could not “speculate on the level of effect that patient and caregiver advocacy had on the decision.”

Office of New Drugs Director Peter Stein confirmed during a press conference that patient opinions played a role. He said the FDA “heard very clearly from patients that they’re willing to accept some uncertainty to have access to a drug that could provide meaningful benefit in preventing the progression of this disease, which as we all know, can have very devastating consequences.”

Cavazzoni also said during the press conference that “the data support patients and caregivers having the choice to use this drug.”

Patient input during FDA assessments has become increasing customary, both as patient-reported outcomes in routine clinical packages and as direct interventions during flashpoint reviews such aducanumab and eteplirsen, where the rare disease community came out in favor of Sarepta Therapeutics, Inc.’s Exondys 51 when it was under consideration by the FDA as a Duchenne muscular dystrophy treatment. Like Aduhelm, the eteplirsen received a controversial accelerated approval despite questions about its efficacy. (Also see "US FDA’s Most Controversial Drug Approval Decisions, From A To Z" - Pink Sheet, 4 Jun, 2021.)

As Review Goal Neared, A Meeting On Evidence Development

As the aducanumab review goal approached, FDA officials also received counsel on evidence development and other matters that could have been used in the decision-making process.

On 6 April, Cavazzoni and Michelle Campbell, senior clinical analyst for stakeholder engagement and clinical outcomes in the CDER Division of Neurology Products, met with staff of the Duke-Margolis Center for Health Policy in what was described on the FDA’s Public Calendar as “Margolis Alzheimer’s Meeting.”

Morgan Romine, Duke-Margolis Center chief of staff, said the meeting was part of “ongoing and informal discussions under our cooperative agreements.”

“The Duke-Margolis and FDA teams met for a general discussion about the issues, challenges, and opportunities in developing further evidence for potential Alzheimer’s disease therapies,” Romine told the Pink Sheet through a spokesperson.

The information could prove valuable as the FDA and Biogen work to design and conduct the Aduhelm confirmatory study, which will be necessary as part of the accelerated approval. The results of that trial likely will determine whether the product remains on the market.

Duke-Margolis issued a white paper in February on addressing payment challenges and access to treatment in early-stage Alzheimer’s that considered evidence-based pricing and outcomes-based contracts. McClellan and Lopez were among the authors of the paper. (Also see "Alzheimer’s Drug Coverage Issues Move To Forefront With Biogen’s Plan To Seek Approval" - Pink Sheet, 9 Mar, 2020.)

Aduhelm could be a prime candidate for coverage with evidence development at the Centers for Medicare and Medicaid Services, which would require Biogen to gather more efficacy data postmarket as a condition of coverage. (Also see "Is Aducanumab In Alzheimer’s A Candidate For Medicare ‘Coverage With Evidence Development’?" - Pink Sheet, 6 May, 2021.)

Some clinicians and stakeholders also were against approval. The American Geriatrics Society on 2 June sent a letter to Acting FDA Commissioner Janet Woodcock arguing that approval was “premature,” in part because the clinical trials were incomplete and the relevance of a positive finding is “ambiguous.”

“From the geriatrics perspective of person-centered care, demonstrating improvements in what matters most to the [Alzheimer’s disease] patient and their family care partners, including clear benefits in functional performance and other key outcomes, would be necessary to establish true clinical relevance,” the group wrote. “Since the measures used in the trials cannot address this key question, we consider the evidence inconclusive.”

Michael Greicius, director of the Stanford Center for Memory Disorders, and Caleb Alexander, an epidemiology professor at Johns Hopkins University and member of the advisory committee that reviewed aducanumab, also argued in a 28 May New York Times editorial that aducanumab has not yet been shown to be effective.

They wrote that approval will “inevitably slow progress in finding a new drug that is clearly safe and effective,” in part because conducting clinical trials of other candidates will become more difficult.

“Some patients and caregivers may be reluctant to enroll in a study if they are taking a newly approved drug they presume works,” Greicius and Alexander wrote. “Others, while taking aducanumab, might be ineligible for new trials, since it would be hard to know whether adverse effects, such as confusion or brain swelling, were from aducanumab or any new investigational drug.”

Government agencies and non-profit organizations now are funding many early-stage Alzheimer’s-related trials, with disease-modifying treatments now the vast majority of the candidates. Whether Aduhelm’s approval will bolster development efforts throughout the field was a matter of debate, however.  (Also see "Other Sources Fund Early-Stage Alzheimer’s Research As Pharma Favors Later Stages" - Scrip, 27 May, 2021.)

US FDA’s Most Controversial Drug Approval Decisions, From A To Z

Is Aducanumab In Alzheimer’s A Candidate For Medicare ‘Coverage With Evidence Development’?