Biolyse is seeking a compulsory license for J&J’s COVID-19 vaccine but achieving its goal is proving to be far from easy. The Canadian company argues that its experience illustrates the need for a change in approach to intellectual property rights at a local and global level. 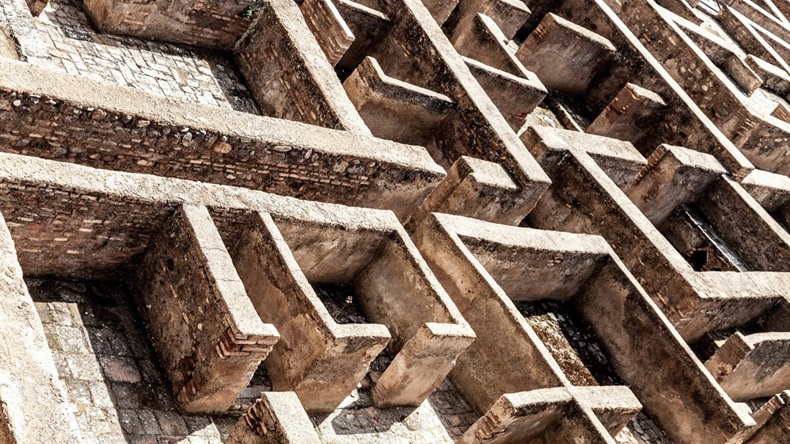 Source: Alamy Canada's compulsory licensing system is like a labirynth

Bolivia has signed an agreement with the Canadian company Biolyse that allows it to buy low-cost generic versions of Janssen Biotech Inc./Johnson & Johnson’s COVID-19 vaccine. Biolyse is now seeking a compulsory license so that it can go ahead and produce the one-dose shot.

More countries have expressed interest in signing a similar agreement to the one Bolivia has signed with Biolyse. However, supporters of compulsory licensing believe the complexities relating to the mechanism under the provisions of the World Trade Organization’s Agreement on Trade-Related Aspects of Intellectual Property Rights (TRIPS) are too burdensome.

Biolyse executive vice president John Fulton spoke to the Pink Sheet about what he sees as the shortcomings of the compulsory licensing system and how the Canadian government has failed to support local industry in securing voluntary licenses.

The Bolivia-Biolyse agreement, signed 11 May, means that Bolivia can buy the first 15 million doses of the vaccine produced by the Onatrio-based company. Biolyse will sell the vaccine at around the cost of manufacturing, at approximately US$3 and US$4 a dose. The company makes oncology drugs, including paclitaxel, and is building capacity to produce biosimilars, including monoclonal antibodies

However, to do this, Biolyse must first secure either a voluntary license from J&J or a compulsory license to export the vaccine from the Canadian government, through the Canadian Access to Medicines Regime (CAMR).

Biolyse formally notified J&J about its intentions in March. “Biolyse is eager to work alongside J&J in order to domestically manufacture the vaccine and distribute it globally,” it said in a statement at the time. “On the other hand, if J&J is unwilling, Biolyse may use the CAMR to apply to the Canadian Commissioner of Patents for authorization to manufacture and export the vaccine to a developing country that is unable to manufacture sufficiently on its own,” it added.

J&J refused the company’s license transfer request and Biolyse is now in the process of seeking a compulsory license. Such a license would lift the barriers posed by the patent to producing the vaccine, though it would not allow for any technology transfer beyond the patent.

“We are going to have lots of time to [reverse engineer the vaccine] – COVID-19 will be with us for a long time." – John Fulton, Biolyse

Luis Gil Abinader, senior researcher at the NGO Knowledge Ecology International (KEI), has been advising Biolyse on the compulsory licensing process. He believes the threat of a compulsory license could incentivize J&J to come to the negotiating table to voluntarily share know how on producing the vaccine.

If there is no technology transfer, Biolyse is prepared to go down the “long road” to reverse engineer the vaccine, which it did with Roche’s Tamiflu during the bird flu pandemic, said Fulton. “Unfortunately, we are going to have lots of time to do this – COVID-19 will be with us for a long time," he added.

The route to a compulsory license is through the CAMR, which allows countries with no or insufficient manufacturing capacity to import generic versions of patented medicines manufactured in Canada. These products are to be listed on Schedule One of the Canadian Patent Act.

However, the process is something of a labyrinth and Biolyse is encountering many problems. Some are logistical. For example, Fulton says that the CAMR website gives a phone number to a line that is disconnected and that the link it provides to the list of Schedule One drugs is broken.

“I have spent the last 73 days trying to get an answer on how to trigger the [compulsory license] process.” – John Fulton, Biolyse

So far, no COVID-19 vaccines have been added to Schedule One, despite the best efforts of the company, and others, to draw attention to the problem. Similarly, during the bird flu pandemic, it took eight months to get the product listed, by which time the pandemic had abated, said Fulton.

“CAMR is a big effort for a small company with a limited regulatory team,” he said. “I have spent the last 73 days trying to get an answer on how to trigger the process to begin,” he said.

“If we can’t get a compulsory licensing mechanism like this from the TRIPS agreement to work right now, what’s the use?” He likened it to triggering a fire alarm and realizing the water is not connected to the sprinkler.

Despite the obstacles, Fulton says he wants to stay confident that the company will be able to move forward either through a voluntary or compulsory license, or through the so-called TRIPS waiver on intellectual property rights for COVID-19 vaccines.

A number of countries are pushing for such a TRIPS waiver, and the US has recently come out in support of the move. Other countries, including the UK and EU, remain opposed. (Also see "EU Backs Compulsory Licensing & Production Boost For COVID-19 Vaccines" - Pink Sheet, 20 May, 2021.)

“A waiver would change the optics dramatically because consensus from the World Trade Organization would mean they have agreed there is a problem, that IP for COVID vaccines is causing a problem,” the Biolyse executive said.

KEI’s Abinader added that many deals similar to the Biolyse-Bolivia agreement could be agreed were there to be a TRIPS waiver. Low and middle-income countries have shown considerable interest in potentially buying vaccines from Biolyse but, says Abinader, there are too many obstacles. “Every other government we talked to told us the WTO procedures for us to import are too cumbersome, they told us they are interested but not right now because of the WTO.”

Abinader pointed to Article 31bis of the TRIPS agreement, which includes numerous provisions that are procedurally burdensome and that, he says, discourage manufacturers from using compulsory licenses for export.

The Canadian government has so far been unclear on whether it backs a TRIPS waiver and has claimed that its own mechanism for issuing compulsory licenses –  CAMR –  makes a waiver unnecessary. It has also said that there has not been enough production capacity in Canada to begin manufacturing.

Fulton refutes both claims and says that the Canadian government has failed to support producers in Canada and that this has affected their efforts to obtain a voluntary license.