After repeatedly advising against tivozanib NDA submission on the basis of interim overall survival data that suggested a negative trend, agency ultimately concluded the final analysis did not suggest a detrimental effect in third-line renal cell carcinoma even though median overall survival was shorter than for the comparator agent, Bayer’s Nexavar.

The swift rise of China’s oncology R&D has put at least four novel applications before FDA with pivotal data generated only in China.

Close to 90% of the FDA’s 2021 first half novel approvals were cleared in the US before Europe, while the EU’s EMA acted first on only 15% of its first half marketing authorizations for new active substances. Exclusive Pink Sheet analysis explores use of expedited review schemes, special pathways and other comparative trends.

An August 2019 analysis of overall survival in the TIVO-3 study of Aveo’s tivozanib in advanced renal cell carcinoma is now an interim rather than a final analysis, but EU regulators may take action if a negative overall survival trend is found to be continuing. 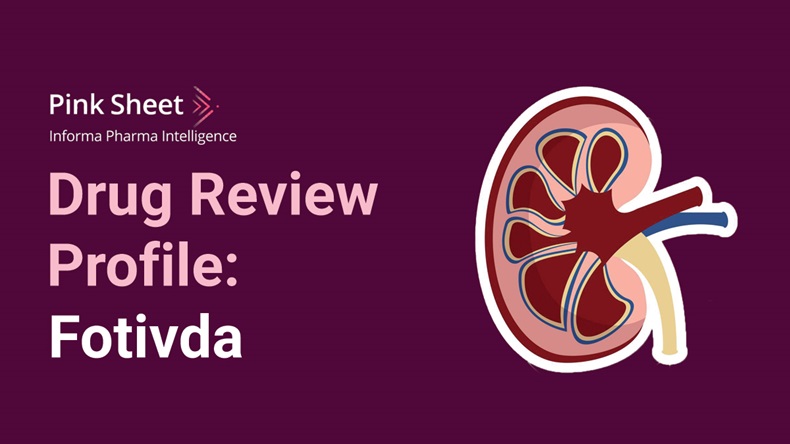 AVEO's Fotivda made it to the US market only after the FDA resolved lingering concerns about the drug's impact on overall survival.
Advertisement