HHS gives kickback exemption for program to provide Kymriah for free to certain eligible patients regardless of insurance provider. Treatment’s one-time use as a last resort therapy were key to the US government’s advisory opinion reasoning. 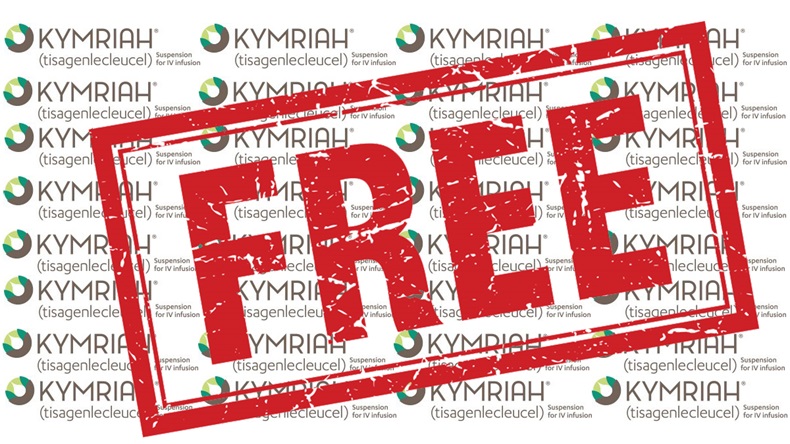 Novartis will be able to provide Kymriah for free to some qualified patients.

Novartis AG will be able to make its Kymriah CAR-T cancer treatment available free of charge to certain US patients without worrying about running afoul of the US federal anti-kickback statue, including the civil monetary penalty provision for beneficiary inducement, according to a new advisory opinion from the Health and Human Services Office of Inspector General.

The opinion released on 24 March could have implications for other companies looking to increase access to high-cost, one-time treatments – particularly cell and gene therapies – because the singular nature of a potentially curative therapy was a key factor in OIG’s reasoning.

“The number one thing here is that it’s a one-time dose, and number two you throw in the fact that it’s not a first-line therapy, that’s what got it over the hump of not being an anti-kickback violation,”  said Michael Heesters, an attorney at Hyman, Phelps & McNamara. However, he cautioned that this opinion, like all HHS OIG advisories, are “highly fact specific to the drug.”

Novartis offers Kymriah at no charge for all FDA-approved indications to US residents who have no health insurance or have been denied coverage of the drug and have an annual household income of $75,000 or less for a single-person household and no more than an additional $25,000 in income for each additional household member.

The program is available to patients in federal health care plans, but Novartis told OIG no Medicare beneficiary has ever qualified, nor does the firm expect these applications in the future. However, Medicaid and patients using the TRICARE military health care program may qualify.

OIG said that normally the type of arrangement designed by Novartis would implicate the federal anti-kickback statue, which makes it a criminal offense to induce the purchasing or ordering of an item reimbursable by a government health care program. That’s because health centers could earn income on administering Kymriah to patients without incurring any acquisition costs, inducing them to prescribe or recommend purchases of the drug when payable by a federal heath program.

However, in this particular case OIG concluded the risk of fraud and abuse is low and outlined a handful of factors that distinguish this program from problematic arrangements used by other manufacturers.

First, OIG argues the risk of “seeding” or inducing future referrals of a drug that would be covered by a federal health program is low because most patients receive one dose of Kymriah, as opposed to cases where manufacturers offer a free initial dose of a drug for a chronic condition to induce them to continue to purchase this drug in the future.

Second, Novartis offers the program for both FDA approved indications. OIG says it would be more suspect if the free drug was offered for one indication so the company could maintain a high price for other indications when reimbursed by federal health care programs.

Third, Novartis makes the drug free regardless of where the patient receives the drug, patients are not being steered to a care setting that might lead to higher costs for the federal government, and they do not discriminate against patients due to the payer type they have.

Furthermore, because both indications are a “treatment of last resort” for patients who have undergone other therapies and did not respond to those treatments, OIG believes there is less risk health care providers will overutilize the treatment to earn fees.

Finally, OIG concludes that the free treatment is not likely to influence where patients receive the therapy or who supplies doses, so the arrangement does not implicate the beneficiary inducement civil monetary penalties.

“We are pleased with this outcome, as we believe this program is critical to helping address the unique needs of Kymriah patients,” Novartis spokesperson Julie Masow said. The company could not provide any estimates of what percentage of its US CAR-T patients use this program.

Positives And Negatives From The Opinion

Stacie Dusetzina, a professor of health policy at Vanderbilt who focuses on medication costs and patient access, saw some positive and negatives to the advisory opinion, saying she is glad patients have an option to access the drug in these very severe cases.

But she also said that it “could be another way to deflect criticism about very high prices.”

Dusetzina said it’s possible this arrangement will be attractive to providers as well as patients. Administering CAR-T has been financially challenging for many hospitals as the reimbursement is often lower than the cost of the drug, Dusetzina noted.

“So I wonder if this also provides an opportunity for them to kind of incentivize providers to actually take the chance and continue to think about patients for whom this might be appropriate treatment, knowing that if they can’t get it reimbursed or if the reimbursement is not acceptable then there is an option for the drug to be covered by the company.”

If similar arrangements are approved in the future, she said it could give companies with a one-time use product “an edge over competitors” that are used multiple times over a patients life, she added. However, it is possible OIG might look differently on situations where patients had more options.

One risk for the drug manufacturers, however, could be that offering this kind of program could give payers more incentive to deny coverage, but Dusetzina recognized this could be tricky for payers to do given that people only qualify for the Novartis program if they meet income eligibility.

While advisory opinions are limited to the particular company, product and circumstances specified, when Novartis received the travel and lodging opinion other manufactures followed suit seeking out similar approvals, said Lindsay Bealor-Greenleaf, a vice president at ADVI.

“So I think that’s a proxy that you could possibly see other manufacturers going the same route here,” she told Pink Sheet.

She advocated for more general clarity on what is acceptable so each individual sponsor didn’t need to go this route.

“This is yet another example where exceptions to the anti-kickback statue are being granted in a very specific way. But generally it would be really helpful if there was regulatory or legislative clarity around various exceptions so that seeking individual advisory opinions isn’t needed,” Bealor-Greenleaf said.