Efficacy against moderate to severe/critical COVID-19 was 66%-67%, well above the FDA’s stated 50% efficacy threshold for an EUA but far short of the 94%+ efficacy rates posted by the Pfizer and Moderna vaccines against symptomatic disease; agency says efficacy against specific variants cannot be evaluated at this time because sequencing data are incomplete. 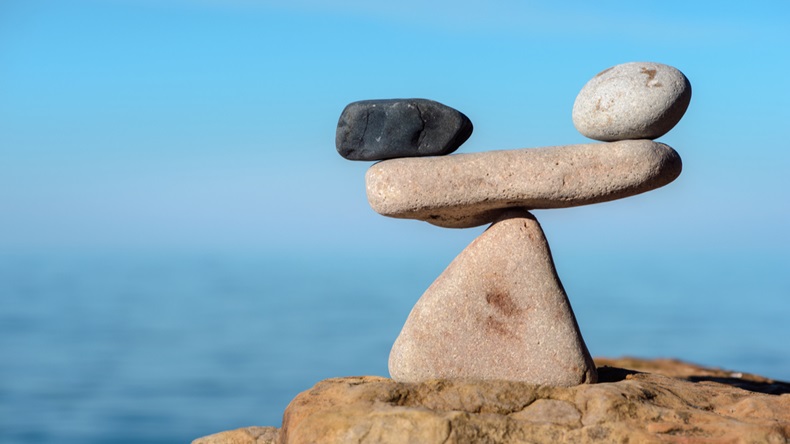 Source: Shutterstock It might be difficult for an FDA advisory committee to refrain from comparing and contrasting Janssen's vaccine with two others.

Johnson & Johnson’s single-dose, COVID-19 vaccine is not expected to run into any major regulatory hurdles that would slow the path to US emergency authorization. However, the lower overall efficacy rates than reported with two currently available vaccines, and analysis suggesting less benefit in some older subjects relative to other subpopulations, likely will draw scrutiny from a Food and Drug Administration advisory committee.

Overall vaccine efficacy against central laboratory-confirmed moderate to severe/critical COVID-19 ranged from 66%-67%, well above the FDA’s stated 50% efficacy threshold for an emergency use authorization. Vaccine efficacy rates in the US were higher, ranging from 72%-74%, and the trial data suggest a benefit over placebo on severe/critical disease, hospitalizations and deaths.

Nevertheless, as the third vaccine in the regulatory queue, Janssen will have to defend the lower efficacy results seen in the Phase III ENSEMBLE trial relative to the mRNA vaccines from Pfizer Inc./BioNTech SE and Moderna, Inc., for which pivotal trials demonstrated efficacy rates of 95.0% and 94.1%, respectively.

There are many factors that make it difficult to compare across vaccines and their clinical trials, including differences in study design, endpoints, and where and when the trials were conducted. The emergence of viral variants is another wild card, one that appears to have impacted the Janssen study results.

However, much of this nuance around the Janssen vaccine’s lower efficacy numbers may get lost, if not with the advisory committee then with the general public, thereby creating a messaging headache for the sponsor, the FDA and other public health agencies focused on boosting vaccine confidence and uptake. (Also see "Lower Efficacy Rate Of J&J’s COVID-19 Vaccine Presents ‘Messaging Challenge’" - Pink Sheet, 29 Jan, 2021.)

Focus On Moderate And Severe Disease

The ENSEMBLE trial, which began 21 September, enrolled more than 40,000 subjects with a 1:1 randomization scheme to vaccine or placebo.

The Phase III trials for the Pfizer and Moderna vaccines used a primary endpoint of confirmed symptomatic COVID-19, which included mild disease. Although use of this endpoint was in line with FDA guidance, advisory committee members criticized the agency and sponsors for not putting more focus on severe disease, which was a secondary endpoint. (Also see "COVID-19 Vaccines: Advisory Committee Picks Apart US FDA Guidance On Efficacy Endpoints" - Pink Sheet, 22 Oct, 2020.)

In contrast, the co-primary endpoints in ENSEMBLE were occurrence of centrally confirmed, moderate to severe/critical COVID-19 at least 14 and 28 days after single-dose vaccination. The primary efficacy results included only cases in which positive PCR tests were confirmed by a central laboratory as of the 22 January data cut-off.

Due to the high incidence rate of COVID-19 during the study, not all positive PCR tests had been confirmed by the cut-off date. However, there was a high rate of concordance between local and central lab PCR tests, and the co-primary analyses results were similar regardless of whether the noncentrally confirmed cases were included or excluded. Consequently, the FDA included cases that were awaiting central lab confirmation in various subgroup analyses “to increase their robustness and improve interpretability.”

The cumulative incidence of moderate to severe/critical COVID-19 in the full analysis set was similar in the vaccine and placebo groups until approximately day 14, at which point the curves began to diverge. For the Pfizer and Moderna vaccines, the cumulative incidence curves also diverged at 14 days after the first dose of the two-dose regimens.

Efficacy of the Janssen vaccine against any symptomatic COVID-19, including mild disease, and efficacy based on a less restrictive FDA harmonized case definition, was similar to the overall results for the primary efficacy endpoint.

Vaccine efficacy against severe/critical COVID-19 was generally higher than in the primary analysis, which included moderate cases.

In general, vaccine efficacy among subgroups according to age, morbidity, race and ethnicity was similar to that of the overall study population. However, lower VE estimates (64.9% 14-day onset, 42.3% 28-day onset) were observed in subjects ≥60 years with comorbidities.

The FDA’s briefing document cautions there is a lot of uncertainty around the VE estimates in this subgroup due, in part, to study design and dropouts.

ENSEMBLE had a phased enrollment by age group and comorbidity risk, which resulted in differences in follow-up time between groups. Older people with comorbidities were the last major group to be enrolled and, therefore, had shorter follow-up duration.

In addition, a greater proportion of participants in this subgroup were unblinded (6.0% compared to 4.4% for the age 18-59 cohort overall) because they became eligible for authorized COVID-19 vaccines. (See sidebar for story on drop-outs.)

More than 5% of participants in J&J’s vaccine trial chose to be unblinded because they were eligible to receive a vaccine that had already gained a US FDA emergency use authorization.

“There were no COVID-19-related deaths and no COVID-19 cases requiring medical intervention occurring 28 days or more post-vaccination among participants age 60 years or older with medical comorbidities in the vaccine group,” the FDA said. “The VE results for some other subgroups with small numbers of participants (≥75 years of age, certain racial subgroups) have limited interpretability. Data were insufficient to assess VE in participants with evidence of prior SARS-CoV-2 infection.”

As of 12 February, more than 71% of centrally confirmed primary analysis cases had been sequenced. Among the cases sequenced in South Africa, 94.5% were identified as the B.1.351 variant, which has proven more resistant to some vaccines and monoclonal antibodies.

In Brazil, which supplied the largest proportion of subjects in Latin America, VE estimates were higher than in South Africa and similar to those in the US.

“Preliminary sequence data confirm that approximately 69.4% (86/124 sequenced samples) of the COVID-19 cases in the study that occurred in Brazil appeared to be due to a variant from the P.2 lineage,” Janssen said in a briefing document addendum. “This implies that efficacy in Brazil is not impacted by the high prevalence of the variant of the P.2 lineage as it is quite similar to the VE observed in the US, where D614G is highly prevalent.”

In the FDA’s view, no conclusions can be drawn about the efficacy of Janssen’s vaccine against specific variants.

“As of February 12, 2021, there were no sequenced cases from the B1.1.7 or P.1 lineages,” the agency said. “Because strain sequencing of all COVID-19 cases in the study is incomplete at the time of this analysis, and due to selection bias involved in prioritizing the cases to be sequenced first (moderate to severe/critical cases, cases with onset at least 14 days after vaccination, samples with viral load >200 copies/mL), vaccine efficacy against specific SARS-CoV-2 variants cannot be evaluated at this time,” the FDA said.

BIO 2021 Notebook: Looking Past The Pandemic

BIO 2021 Notebook: Looking Past The Pandemic