Offering a unique peak behind the curtain at data that US FDA is generally prohibited from disclosing and that companies typically choose to keep secret, an agency analysis of two decades worth of refuse-to-file letters found the decisions can add a year and a half to a drug’s approval timeline. 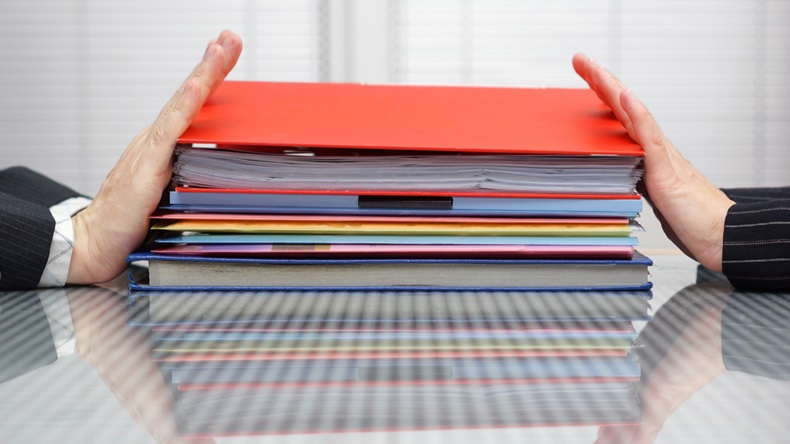 The letters, which are issued when the agency determines a drug application is not complete enough for a full assessment, identify “foundational issues in drug review,” the study authors, led by Harinder Singh Chahal of the Public Health Strategy and Analysis Staff in the Office of the Commissioner, wrote in the 15 February JAMA Internal Medicine study.

Ninety-eight applications (73 NDAs and 25 efficacy supplements) were responsible for the 103 letters. Nearly 45% of those letters were issued due to missing efficacy data and 26% cited both safety and efficacy data, the review found.

Sponsors lose valuable time due to these letters. Approval of resubmitted applications took about 16 to 18 months longer than the overall approval time for all new drug applications and biologic licensing applications the agency reviewed in 2018.

While refuse-to-file letters are relatively rare – only 4% of the new drug applications and efficacy supplements FDA received over the study period got such a letter – little is known about why they are issued because the agency is generally prohibited from disclosing their issuance and sponsors have minimal obligations to disclose them either. (See charts at the end of the story for a breakdown of why firms got RTF letters – and see the sidebars for the Pink Sheet stories cited in FDA’s study.)

Refuse-to-file letters used to be extremely rare events, but as FDA data show, that's not necessarily the case anymore. In fiscal years 2003 through 2005, FDA issued no more than four refuse-to-file letters, with three such actions taken in 2004. But in 2006 and 2007, the numbers rise sharply; FDA sent seven letters in 2006 and 11 letters, including one...

The FDA study found sponsors disclose such letters only about 15% of the time and are even more secretive about the reasons for such letters. Only 5.4% of the applicant-disclosed reasons matched what FDA said in the letters themselves.

But the agency has dragged its feet on this issue, they acknowledge. A 2010 FDA transparency report recommended the FDA disclose the existence and content of refuse-to-file letters at time of issuance, noting this would likely require amendments to FDA regulations. The agency has not taken such regulatory steps. (Also see "FDA Task Force Transparency Initiative Proposals" - Pink Sheet, 24 May, 2010.)

The agency in recent years has also considered whether it could be more transparent about complete response letters, issued when a drug is deemed not approvable, but the latest commissioner to be interested in the issue, Scott Gottlieb, backtracked quite a bit on the idea after looking more closely at the public health benefits compared to the resources it would take for the agency to deal with redacting the letters for public consumption. (Also see "Complete Response Letters: US FDA Trying To Identify Subsets For Public Release" - Pink Sheet, 16 Jan, 2018.)

Agency research has indicated that sponsors are more likely to disclose the issuance of those letters but often don’t accurately or fully represent the agency’s reasons for the complete response. (Also see "Reader, Be Wary: Sponsors Keep Most 'Complete Response' Letter Content Under Wraps, FDA Says" - Pink Sheet, 29 Jun, 2015.)

Knocked Down But Not Out: Recovering From a Refuse to File

A "refusal-to-file" letter typically signals the end of a product's chances of ever getting approved in the US. Some companies, though, have returned from regulatory purgatory to get a review--and even approvals--after meeting FDA's demands.

There were 644 identified FDA refusal reasons in the 103 refuse-to-file letters, with 84.5% being for scientific deficiencies related to drug efficacy and safety or drug quality. When the scientific deficiencies are broken down, chemistry, manufacturing, and controls were the most common refusal reason, accounting for nearly one-fifth of the 644 reasons, followed closely by clinical safety, which accounted for about 16% of the reasons and clinical efficacy which, accounted for nearly 15%.

The other 15.5% of refusal reasons were for organization deficiencies or legal issues.

More than a quarter of the letters (27 of 103) identified agency advice or issues flagged to sponsors in presubmission communications like the end of phase II study meeting or the pre-NDA meeting that the applicant did not follow or address in their submission. A third of the sponsors ignored advice related to clinical trials designs such as inappropriate designs or even the need for a new trial. A quarter of the unfollowed advice related to drug chemistry and manufacturing information.

The majority of the applications receiving refuse-to-file letters were resubmitted to FDA by the study analysis, with nearly 72 percent of those resubmissions being approved. Of those 38 approved applications FDA posted redacted RTF letters for 29 of them as part of approval packages.

Another big chunk of applications (37) are still in RTF status with no resubmission. Four NDAs were filed over protest after the RTF but were not approved following a full review.