The post-Brexit agreement between the UK and the EU leaves some grey areas in the field of medicines regulation. The UK government is coming under pressure to clarify the situation. 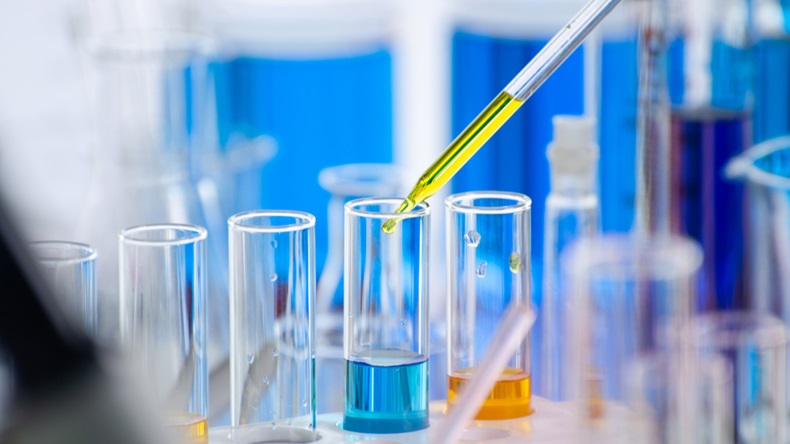 The chief executive of the Association of the British Pharmaceutical Industry, Richard Torbett, says he has “high hopes” that the UK will decide to continue to recognize medicines batch testing conducted in the EU beyond the two-year period agreed by the government, which currently runs from 1 January 2021 to the end of 2022.

Torbett also says that some uncertainties remain over the regulatory relationship between the UK and the EU, and that while he recognizes that the UK medicines agency, the MHRA, has “healthy ambitions” in terms of setting the regulatory agenda at international level, it should not “diverge for the sake of it.”

The ABPI head was speaking at a virtual hearing organized by the House of Lords’ Environment Sub-Committee, which is holding an inquiry into the impact of the UK-EU Trade and Cooperation Agreement (TCA) in areas such as health, the environment, chemicals and climate change. The agreement took provisional effect on 1 January.

Noting that the pharmaceutical sector was “relieved to have a deal of any sort,” Torbett said “we are a highly regulated industry so leaving the EU has been very complicated for us and remains so.”

Torbett said there were some positive aspects in the TCA. These include, notably, the tariff-free flow of trade in medicines and active substances and the medicinal products annex providing for the mutual recognition of GMP inspections between the UK and the EU. The latter means that “we won’t see duplicative inspections of sites", Torbett said.

There was “also a commitment to regulatory cooperation in future, which is a very good signal,” Torbett remarked. “We don’t know exactly what that will look like, but the principle is very welcome.”

“We are a highly regulated industry so leaving the EU has been very complicated for us and remains so.” – Richard Torbett, UK ABPI

However, there were some gaps, notably the lack of mutual recognition of batch testing, and “some uncertainties to resolve” with regard to the regulatory situation in Northern Ireland, which remains subject to EU medicines regulations.

Batch testing, the ABPI chief said, was “the big source of concern” to the industry – because of the scale of the testing required it was a “costly and difficult process”, taking up both time and resources.

The UK may have decided to recognize EU batch testing for two years until the end of 2022, but for industry this is a step back from the original MHRA guidance issued at the beginning of September 2020.This said that testing done in the European Economic Area and certain other countries would be recognized on an open-ended basis.

"We really have appreciated the support of both officials and UK ministers in this [...but it is] unfortunate that we don’t have that mutual recognition of batch testing.” – Richard Torbett, UK ABPI

After those two years, Torbett told the Lords committee, the implication is that “we would have to duplicate all those processes” and “we would very strongly urge the government to reconsider that position.” He said it would entail a “huge amount of cost, complexity and ultimately delay in the supply chain which nobody wants.”

Torbett was asked whether there was a chance that the two-year period might be extended. He replied: “I think the government would need to answer that one. I am very much making a strong case that it is in nobody’s interest to have these processes duplicated. I hope the government will listen and consider that carefully as we go forward. I do know that ministers are listening and I do know that they are considering this at the moment, so I have high hopes.”

The ABPI executive also spoke about the regulatory situation in Northern Ireland, which was “clearly the most complicated area for us to think through.”

Northern Ireland remains subject to EU medicines regulations, although the MHRA is responsible for applying them, and this raises questions over trade and other issues related to the movement of medicines between Great Britain, Northern Ireland and the EU.

A 12-month grace period has been agreed to allow new rules and regulations to be phased in this year, and that has been “a huge relief to the industry, because historically medicines that were supplying the NI market would typically come through GB, and often out of the EU into GB and into NI,” Torbett noted. (Also see "Industry Gets Breathing Space For Post-Brexit Regulation In Northern Ireland" - Pink Sheet, 9 Nov, 2020.)

The 12-month phase-in period “will have to be used to good effect by companies to re-engineer supply chains so they are able to comply” – Richard Torbett, UK ABPI

Questions have been raised over the regulatory processes through which those medicines would have to go. Import rules are one issue. Another relates to products being checked in and out of the EU medicines verification system (EMVS) set up under the EU Falsified Medicines Directive (FMD) in which the UK is no longer taking part.

“We are now much clearer on how the FMD will work,” Torbett said. The Medicines and Medical Devices Bill, which has now passed its third reading in the House of Lords, has a provision on a new verification system for Great Britain. (Also see "Stakeholders To Have Say On Future Medicines Verification System In UK" - Pink Sheet, 21 Jan, 2021.)

However, the industry association head cautioned that the 12-month period “will have to be used to good effect by companies to re-engineer supply chains so they are able to comply.” That may mean companies redirecting supplies away from GB so that they pass into NI through the Republic of Ireland, he added.

"Can we pull [it] off in a way that keeps to international standards and leads to other regulators following us?  [Diverging] for the sake of it... wouldn’t be helpful." – Richard Torbett, UK ABPI

There is also “still some ongoing uncertainty about the interpretation of rules between the European Commission and the European Medicines Agency versus the interpretation of the UK,” particularly as regards the location of marketing authorization holders (MAHs) and certain other key individuals,” Torbett said. Conflicting guidance on the location of MAHs and local representatives in GB and NI has been issued by the UK and the EU. (Also see "‘Public Health Crisis’ Warning For Northern Ireland Over Post-Brexit Guidance" - Pink Sheet, 18 Dec, 2020.)

“My strong message on this would be that it’s great that we have got this 12-month phase-in period, but for us to use that effectively in order to plan and adjust for what happens afterwards… we need to get that clarity as soon as possible on these regulatory rules.”

Looking to the future of the UK regulatory system, Torbett noted that “we are starting from a close place now” between the UK and the EU, but “there is a fine line to tread now in terms of where we go from here.”

He said there were “clearly very healthy ambitions for the MHRA to compete and to be as attractive as possible for the UK. The trick will be, can we pull that off in a way that keeps to international standards and leads to other regulators following us? If we diverge for the sake of it and go it completely alone, that wouldn’t be helpful. We want constructive competition, not destructive competition.”

Stakeholders To Have Say On Future Medicines Verification System In UK

Industry Gets Breathing Space For Post-Brexit Regulation In Northern Ireland