The team behind Russia’s first COVID-19 vaccine has asked for scientific advice from EU drug regulators in view of a possible submission for marketing authorization. 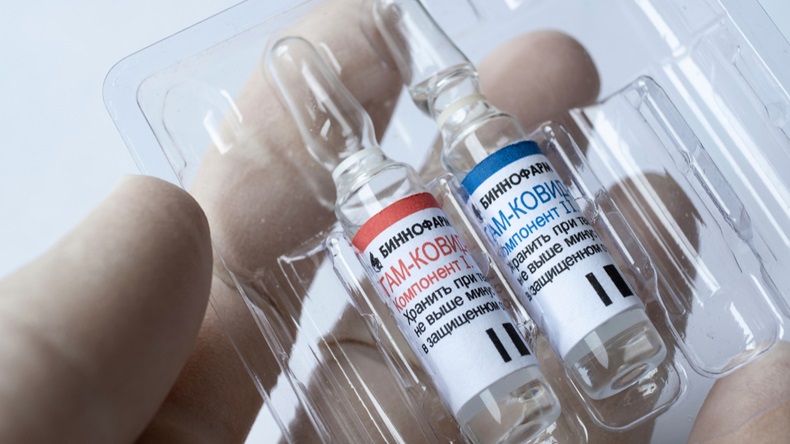 The European Medicines Agency has held a preliminary meeting with the developers of the Russian Sputnik V COVID-19 vaccine to discuss the product’s development program with a view to evaluating it for possible EU approval. The agency clarified that the vaccine is not under review.

The team behind Sputnik V has also requested scientific advice on the vaccine from the EMA. However, claims that the vaccine has been filed for registration in the EU appear to be wide of the mark.

It added that the Russian Direct Investment Fund (RDIF), which is funding development of the vaccine, had “filed for Sputnik V registration in the EU and expects it to be reviewed in February. Based on these reviews EMA will decide on the authorization of Sputnik V for the EU.”

The same day the RDIF circulated an email confirming that a “Scientific Review was held yesterday between Sputnik V and EMA scientific teams. Over 20 top international experts and scientists took part in the review.”

Recommendations "based on the results of the Scientific Review are expected to be sent to the Sputnik V team in 7-10 days," the RDIF said, adding that it had “filed a registration application and expects the first Rolling Review to be held in February.”

It would be highly unusual for a registration application to be filed at the point where the developer has asked for scientific advice, a process that is designed to establish the requirements for a future marketing authorization application (MAA). Moreover, the head of the RDIF, Kirill Dmitriev, said last week that a formal MAA would be filed with the EMA in February. (Also see "Coronavirus Notebook: EMA Data Hack Aimed At 'Undermining Trust' In Vaccines, Russia Plans EU Sputnik V Filing Next Month" - Pink Sheet, 18 Jan, 2021.)

Asked to clarify the situation, the EMA told the Pink Sheet said that “at this stage, the developer has submitted a request for scientific advice to the Agency. The scientific advice process is a well-established process at EMA, which is available to all companies to facilitate the preparation of their development program.”

Under the process, the EMA “will provide advice to companies taking into account the latest regulatory and scientific guidance,” a spokesperson for the agency said. “As a next step the application for a marketing authorization could then be prepared by the company.”

The spokesperson added that “a meeting with the developer took place yesterday to discuss their development plan and their further engagement with the Agency. However, we cannot disclose the details of such conversations or other pre-submission activities because this information is confidential.”

Any scientific advice provided on a product under development will be included on the EMA’s list of COVID-19 medicines and vaccines that have received such advice.

The EMA spokesperson stressed that at this point “Sputnik V is not undergoing a rolling review. EMA will communicate at the start of a rolling review procedure.” The RDIF did not immediately reply to a request for comment.

Outside Russia, the Sputnik V vaccine has received emergency use authorizations in Algeria, Argentina, Bolivia, Serbia, Palestine, Venezuela, Paraguay and Turkmenistan. The World Health Organization is due to hold a pre-submission review of the RDIF's application for prequalification and an emergency use listing on 22 January, the RDIF said.

Trials of the vaccine were completed on 30 September 2020 and two weeks later President Vladimir Putin said that the vaccine had been registered in the country, according to Russia’s TASS news agency. On 16 November, the Russian health ministry approved the start of post-registration trials with EpiVacCorona.

Sputnik V was also controversially registered after the completion of Phase I/II trials and before wider Phase III studies had begun.

According to an entry on the clinicaltrials.gov website, the Phase I/II study of the vaccine began in July 2020. EpiVacCorona was tested to “determine its safety, reactogenicity and immunogenicity in volunteers” and to study the “humoral and cellular immune responses following two doses.”

It said the vaccine, which is given intramuscularly in two doses 21-28 days apart, “relies on chemically synthesized peptide antigens of SARS-CoV-2 proteins, conjugated to a carrier protein and adsorbed on an aluminium-containing adjuvant (aluminium hydroxide).”

No results of the trial have yet been posted, according to clinicaltrials.gov. TASS reports Rinat Maksyutov, director of Vector, as saying the results of efficacy studies on the vaccine would be made public in February.

Coronavirus Notebook: Russia Has “No Immediate Plans” To File Sputnik V In UK Or US; EU Pressured On Vaccine Contract Disclosure

US FDA Begins Implementing New User Fee Programs, But What About The Actual Fees?

The Quality Lowdown: No Longer Stoppered By Pandemic, US FDA Finds Serious Problems