Frontrunners Have Not Joined COVAX Initiative

As the first emergency use authorization is granted, Pfizer and Moderna stand accused of neglecting poorer nations as wealthy countries snap up early access to COVID-19 vaccines. 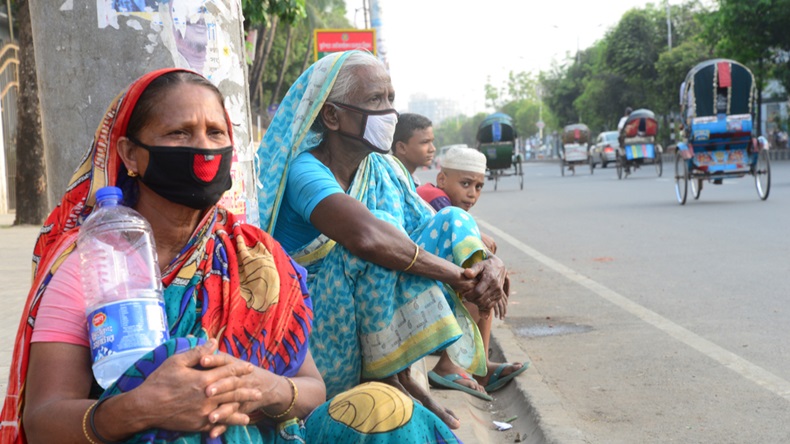 Dhaka, Bangladesh: one of the many lower-to-middle income countries which will struggle to access COVID-19 vaccines without international assistance.

Pfizer/BioNTech and Moderna look set to gain emergency use authorization for their COVID-19 vaccines before the end of 2020 in the US and Europe – but it could be months before developing nations get their first supplies.

Pfizer/BioNTech’s BNT162b2 has just gained its first emergency use authorization in the UK, and the US Food and Drug Administration is also expected to give the green light shortly. (Also see "UK First To Authorize Pfizer/BioNTech COVID-19 Vaccine" - Pink Sheet, 2 Dec, 2020.)

Moderna is also likely to get the US regulator’s nod towards the end of December and the European Medicines Agency is also working at full tilt to review marketing authorization applications for the two vaccines. (Also see "EU Approval Of COVID-19 Vaccines Possible In Weeks" - Pink Sheet, 1 Dec, 2020.)

The companies are gearing up to distribute their first vaccines this month, with Moderna supplying its first 20 million doses and Pfizer planning to distribute up to 50 million doses. Significantly, all of these initial doses will go to the US, Europe and other richer nations.

“The UK government, Pfizer and BioNTech should be doing much more to ensure all countries that need the vaccine are able to get it.” – Anna Marriott, Oxfam

Global aid organizations and charities are calling on the companies to make a commitment to supply low-to-middle income countries (LMICs), where the need to protect healthcare workers and vulnerable groups is just as great.

Anna Marriott, health policy manager at global aid charity Oxfam, said: “While it is fantastic news for the UK that people will start to get a vaccine to protect them from this deadly virus, the UK government, Pfizer and BioNTech should be doing much more to ensure all countries that need the vaccine are able to get it.

“Currently Pfizer and BioNTech have promised the vast majority of available doses to rich countries, while most poorer countries face an impossible battle to secure enough doses. Unlocking more supplies would require pharmaceutical companies like Pfizer and BioNTech to share their COVID-19 vaccine technology and intellectual property so that enough doses can be made.”

Both Pfizer and Moderna have opened talks with the COVAX facility, the global coronavirus vaccine procurement and access initiative, but neither has yet made a firm commitment.

That is in sharp contrast to other developers, namely AstraZeneca /Oxford University and Johnson & Johnson who have joined the initiative and who have pledged to supply vaccines on a not-for-profit basis.

COVAX is co-ordinated by GAVI, the Vaccine Alliance (formerly known as the Global Alliance for Vaccines and Immunization) and is aimed at ensuring access to the vaccines in poorer nations.

A total of 189 governments and economies have now joined the COVAX initiative, representing about 90% of the global population. The goal is to make two billion doses available by the end of 2021, with roughly half of these going to people in 92 LMICs.

Also working in the field is ONE, a global non-governmental organization aimed at ending extreme poverty. ONE has launched its own Vaccine Access Test, which aims to shine a light on the countries and vaccine companies are looking out for poorer nations, and which ones are laggards in this respect.

The Vaccine Access Test ranks Johnson & Johnson in second place and AstraZeneca in first place, thanks to early pledges on global access to low-cost vaccines, with AZ agreeing to supply its product at around $4 per dose.

Pfizer/BioNTech and Moderna score poorly on the test and are judged to be “impeding access,” marked down for seeking higher prices for their products, and for not joining COVAX.

The companies stress that their vaccines are being priced “responsibly”. Moderna notes that its $25 per dose price is around the price of an annual flu vaccine in developed markets. Pfizer and BioNTech will supply their COVID-19 vaccine at $19.50 per dose.

“The access issue is really going to be most acute when initial doses come to market.” – Jenny Ottenhoff, ONE

Meanwhile AstraZeneca’s path towards approval looks uncertain at the moment following confusion over its first Phase III data readout.  This has confirmed that Pfizer and Moderna remain the pacesetters in terms of reaching approval.

“Being first to market increases the need for them to take leadership on access. Because the access issue is really going to be most acute when initial doses come to market, demand is going to be highest and the supply is going to be lowest,” said Ottenhoff. 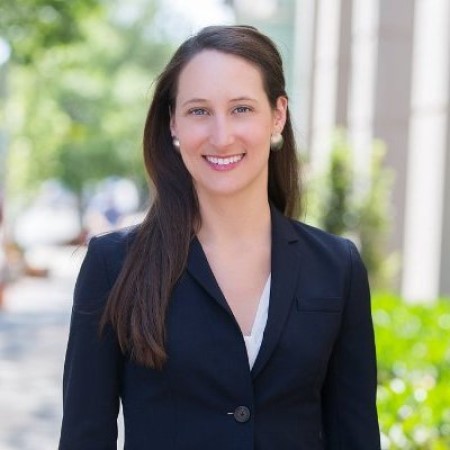 “We need companies like Pfizer and Moderna to be stepping up alongside countries to ensure that… not too many doses are going to one country at the expense of others. We need to reach the most vulnerable wherever they are.”

Research suggests that ensuring fair access between countries is not just the right thing to do, it could also help bring the pandemic to an end earlier.

Modeling by Northwestern University concluded that if the first two billion doses of COVID-19 vaccines were distributed proportionally by national population, worldwide deaths would be reduced by 61%. However, the study forecast that if doses were monopolized by the world’s 50 richest countries, the global toll would fall by a much smaller 33%.

Both Pfizer and Moderna have made it clear they understand the global nature of the pandemic and they say have developed their products to help the whole world. However, they have not yet got past the first steps to addressing access in lower income countries.

Charities and non-government organizations want to see companies undertake technology transfer, where they license their vaccines out and provide third-party companies with the necessary technical specifications to manufacture the products.

This has been resisted by all the biopharma developers, who generally want to hold on to their intellectual property (IP) rights. AstraZeneca has responded most on this front, as part of stipulations set by the vaccine’s developers Oxford University, undertaking technology transfer with India’s vaccines company The Serum Institute.

Moderna has said it is willing to waive its IP rights on any attempts to use its patented mRNA technologies for ‘copycat’ vaccines during the pandemic. This seems unlikely to happen, as using mRNA technology is currently a far trickier prospect than other more established vaccine technologies.

The company has also said it is willing to license its IP for COVID-19 vaccines to others for the post pandemic period, but this clearly would not address the urgent need for vaccines today and in 2021.

Meanwhile Pfizer has signed up to the Global Access Communique, organized by Bill & Melinda Gates Foundation, along with 15 other life sciences companies, which establishes the principle of ensuring global access.

Despite having begun talks with GAVI, though, Pfizer and its partner BioNTech have not yet signed up to the key COVAX facility. The most likely explanation is that the company has signed numerous commercial agreements to supply vaccines in 2021, and these have taken up all of its projected capacity for 2021.

Pfizer/BioNTech and Moderna are attempting to make a profit from their vaccines, which is especially important for the two biotech companies involved, for whom the products will be their first ever commercial launches.

Analysts forecast that the global market for the vaccines could be worth up anywhere between $10bn and $25bn in 2021. The frontrunners know that the market will become highly competitive as many more COVID-19 vaccines look set for approval in 2021 – making meeting this demand ahead of other companies a commercial imperative.

After a stunning first efficacy readout for its mRNA-based vaccine, the biotech company's leaders in Europe talk about their rapid commercial and manufacturing scale-up.

A spokesperson for Pfizer told Pink Sheet that company supported the supply of its vaccine to the COVAX Facility and was in “active discussions,” but declined to share any additional details at this time.

Moderna did not respond to Pink Sheet's request for an update on negotiations with COVAX. In late October, the company confirmed that it is in talks with the initiative and that include discussion of a tiered pricing proposal.

For now, the brightest hope for these middle and lower income countries is AstraZeneca/Oxford’s AZD1222 candidate. The parties have licensed The Serum Institute to manufacture the vaccine at a not-for-profit level of around $4 per dose for lower income nations. The Indian manufacturer has said it aims to produce one billion doses next year, 500 million doses to be allocated for use in India, and the rest going to those less well-off countries.

Mohga Kamal-Yanni, a global health and access to medicines consultant who advises Oxfam on health and HIV policy, is also urging urgent solutions.

She told Pink Sheet that China could also help meet the need for billions of doses of vaccines in 2021 and beyond.

“China has the capacity to produce at a massive scale. It has four or five vaccines in Phase III trials, so between them, they can produce a large quality of doses.”

COVAX’s leaders have said nations have so far pledged $2bn to pay for an initial one billion doses, but that a further $5bn would be needed in 2021 to complete the mission.

China and the US had refused to participate in COVAX as the pandemic developed in 2020, with their leaders accused of being locked into a ‘vaccine nationalism’ mindset.  China eventually joined in October, but under president Donald Trump, the US is still not a member.

“China has the capacity to produce at a massive scale. It has four or five vaccines in Phase III trials.” – Mohga Kamal-Yanni, access to medicines consultant

Kamal-Yanni thinks that if president elect Joe Biden brings the US into the alliance, that will give the access initiative new impetus.

“For the US, it's like, hey guys, we're back. We're going to be centerstage in global issues once again,” she said.

That change in tone at the White House could prompt the US biopharma companies to follow through with commitments to poorer nations in 2021.

A number of charities including Oxfam are uniting behind a call for “A People’s Vaccine,” which would involve companies waiving all their IP rights on COVID-19 vaccines, tests and treatments.

South Africa and India will next week make this proposal to the World Trade Organization Council, but the move will almost certainly be defeated by countries backing strong IP rights and the biopharma sector.

Nevertheless, Pfizer and Moderna will undoubtedly be under pressure to lower their prices and increase supplies for the poorest nations.

“A lot of companies, including Moderna, have been doing this research on the back of public investment,” said Jenny Ottenhoff.

“So while it's not surprising that these companies want to maximize commercial opportunities, it is key that [most developed nation] governments use their leverage to guarantee that vaccines coming to market are affordable and that there is access to them.”

The Race To Develop A COVID-19 Vaccine: mRNA Pioneers Lead The Way