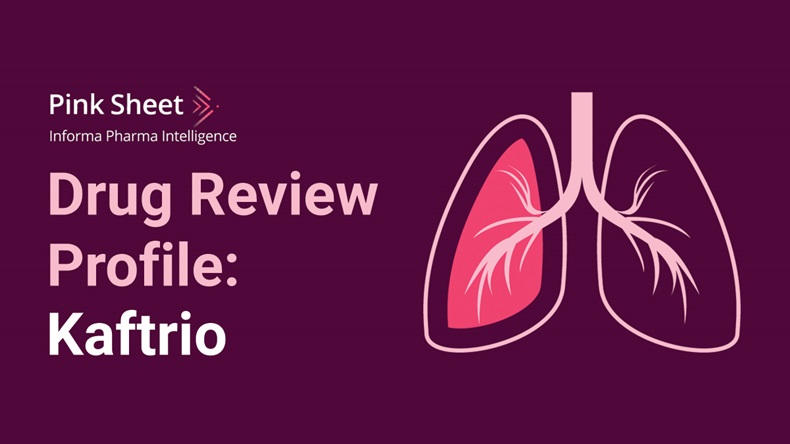 The European public assessment report for Kaftrio, the cystic fibrosis treatment from Vertex Pharmaceuticals that combines ivacaftor, tezacaftor and elexacaftor, sheds some light on why the product has a narrower indication in the EU than in the US. Registry data were not enough to convince EU regulators of the triple regimen’s efficacy and safety in two patient populations.

This article is part of an ongoing series of EU drug review profiles based on public assessment reports – lengthy and detailed documents that are issued after a pan-EU marketing authorization application has been approved or rejected that provide a record of the scientific reasoning that led to the final decision.  Key regulatory milestones and details relating to the EU review of Kaftrio are recorded in the table at the end of article; the fact box below provides information on public assessment reports.

The indication Vertex applied for in the EU was: “in a combination regimen with ivacaftor 150 mg tablets for the treatment of cystic fibrosis (CF) in patients aged 12 years and older who have at least one F508del mutation in the cystic fibrosis transmembrane conductance regulator (CFTR) gene.” This wider indication, approved in the US, addresses up to 90% of the cystic fibrosis patient population.

In contrast, the European Medicines Agency's drug evaluation committee, the CHMP, recommended that Kaftrio be approved in a combination regimen with ivacaftor 150mg tablets for the treatment of cystic fibrosis in patients aged 12 years and older who are homozygous for the F508del mutation in the CFTR gene or heterozygous for F508del in the CFTR gene with a minimal function (MF) mutation. According to Vertex, some 45% of CF patients are homozygous for the F508del mutation.

Cystic fibrosis, a rare and life-threatening genetic disease, is caused by a mutation in the CFTR gene, which regulates salt and water transport in the body. F508del is the most common mutation in the CFTR gene that causes the disease and the majority of cystic fibrosis patients have at least one F508del mutation. Kaftrio works by increasing the CFTR protein and improving its function.

Vertex claimed that Kaftrio presented a new approach to treatment but the public assessment report reveals that the CHMP was of the opinion that there was too much uncertainty to conclude whether this was the case.

The report states: “Essentially the argument of the applicant is that this triple drug combination targets and exerts its effect entirely by correcting the CFTR defect caused by the F508del allele, regardless of the second allele present, and sees this as a new treatment approach." It adds: “This F508del-only hypothesis may be a plausible and clinically applicable model for treatment; however, uncertainties remain precluding definite conclusion.”

The CHMP concluded that positive clinical efficacy had only been demonstrated in the F/MF and F/F populations.

The report also notes that whether all three compounds are required for the effects in F/F and F/MF patients remains uncertain in a clinical setting because elexacaftor monotherapy and elexacaftor/ivacaftor were not tested in a clinical setting as required by the EU Guideline for Fixed Dose Combinations (EMA/CHMP/158268/2017). “However, the in vitro data, the highly relevant clinical benefit seen and the fact that the drug is well tolerated are considered relevant enough to outweigh this uncertainty in the F/F and F/MF population.”

No randomized clinical data were available for the F/RF and F/G populations, though real world data from the US Cystic Fibrosis Foundation Patient Registry had been made available by the company on request from the CHMP. This data was for patients with F/RF and F/G as well as F/F and F/MF patients treated with the triple regimen.

However, the data were “not sufficiently detailed,” according to the report. With its “inherent limitation and bias,” the registry data were not considered to reliably demonstrate the efficacy and safety of the triple combination in F/G and F/RF patients.

The CHMP therefore concluded that the added benefit of Kaftrio in the F/RF and F/G populations over approved therapies had not been sufficiently justified.

“We have always aimed to achieve the broadest label for the benefit of cystic fibrosis patients and remain committed to achieving this goal as soon as possible.” – Vertex

The CHMP said that data from Vertex’s 104 study were necessary to conclude on the benefit/risk ratio for these patients and to support the broader indication. It concluded that clinical efficacy was only demonstrated in the F/MF and F/F populations. Further delay in a CHMP opinion to await data from the study was not justifiable “in the context of patients for which there is a positive B/R identified (F/F and F/FM) and absence of treatment available (F/MF)”.

Vertex has submitted the required data for the broader indication, in the form of a Type II Variation application. The EMA validated the application on 14 September, meaning the review is now under way.

The company added that with the recent EU approval, some 10,000 patients aged 12 and over who are heterozygous for F508del in the CFTR gene with a MF mutation could benefit for the first time from a CFTR modulator therapy.

“We have always aimed to achieve the broadest label for the benefit of cystic fibrosis patients and remain committed to achieving this goal as soon as possible,” said the company. “We will continue to work closely with the European regulatory authority so that eligible patients with F/G and F/RF mutations may also benefit from Kaftrio in a combination regimen with ivacaftor in the shortest possible time frame.”

In the EU, Kaftrio was initially being evaluated through the EMA’s accelerated assessment program. This can reduce by a few months the standard overall review time of around a year.

The EMA gave the green light to an accelerated review in September 2019 because the triple therapy was considered to be of major public health interest in two subpopulations of the intended indication: F/MF and F/F patients.

"The conditions for accelerated assessment could no longer be met." – EU public assessment report

The marketing authorization application for Kaftrio was filed on 14 October 2019 and the EMA began its accelerated assessment on 31 October. During the assessment, Vertex requested a clock stop, initially for three months, to give it more time to answer questions from the EMA. The clock stop was reduced to two months, but it meant that the conditions for accelerated assessment could no longer be met. The assessment therefore reverted to a standard assessment. (Also see "EU Fast-Track Loss For Vertex’s CF Triple Combo " - Pink Sheet, 19 Feb, 2020.) The CHMP adopted a positive opinion on 25 June this year and the European Commission approved the drug on 21 August.

The regulatory review of Kaftrio/Trifakta in the US was far quicker than in the EU. The US review took just over three months – Vertex filed a new drug application with the Food and Drug Administration on 19 July 2019 and approval came on 21 October – versus around ten in the EU.

At the time of approval, the FDA said that it used "all available programs, including Priority Review, Fast Track, Breakthrough Therapy, and orphan drug designation, to help advance today’s approval in the most efficient manner possible." It added: "Because of Trikafta’s benefit to the cystic fibrosis community, the FDA reviewed and approved Trikafta in approximately three months, ahead of the March 19, 2020 review goal date"

The Cystic Fibrosis Trust in the UK commented on the fact the EMA and the FDA came to different conclusions on which indication to approve. It said simply: "The various drug regulatory bodies across the world take different approaches to how they interpret evidence on the safety and clinical effectiveness of new drugs and ultimately what license indication should be granted."

Turalio: Why The EU Said No To The US-Approved Drug

Piqray: What EU Regulators Saw And What They Wanted