Patient confidentiality and trial blinding precluded a Janssen official from sharing specifics about the safety event that led to a study enrollment pause, but Advisory Committee on Immunization Practices representatives say the lack of detailed, publicly disclosed information is not helping vaccine confidence. 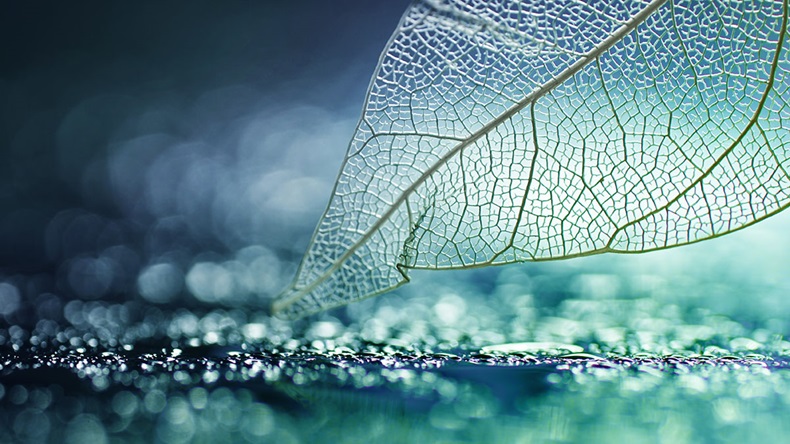 Source: Shutterstock ACIP pushed Janssen to be more transparent about the safety event that led to a vaccine trial enrollment pause.

Johnson & Johnson’s high-level overview of the safety event that led to the recent pause in its COVID-19 vaccine Phase III trial led some members of a Centers for Disease Control and Prevention advisory committee to suggest the reluctance to provide more information is not exactly helping boost public confidence in the vaccine development process.

At the Advisory Committee on Immunization Practices’ 30 October meeting, a Janssen Pharmaceutical Cos. representative emphasized the importance of transparency but also repeatedly cited patient confidentiality and trial blinding in explaining why he could not provide any details about the medical problem experienced by one of the participants in the company’s Phase III trial.

His explanations rang hollow to some ACIP representatives, who said the lack of detail about the widely publicized event was not helpful given the already high public skepticism about the speed of vaccine development and the safety of such products.

The panel heard an overview of Janssen's clinical development program for Ad26.COV2.S, its single-dose, COVID-19 vaccine candidate which is based on a nonreplicating human adenovirus platform.

Although J&J announced in late October it was preparing to resume the trial in the US, the company has declined to provide specific details about the nature of the safety event. (Also see "Coronavirus Update: AstraZeneca’s Vaccine Trials Cleared To Restart In the US, J&J Prepares To Restart Its Vaccine Study" - Scrip, 26 Oct, 2020.)

Jerald Sadoff, senior advisor for clinical development at Janssen Infectious Diseases and Vaccines, gave ACIP a high-level summary of the safety pause and the investigation that followed.

“Pauses are not uncommon in these kinds of studies and we, as other companies, are dedicated to the safety of our participants. When we’re enrolling large numbers of participants you will see pauses,” Sadoff said.

“This particular pause was in an individual that had a safety event, and because it was part of our safety run-in we had automatic stopping rules,” he said, adding that the study's drug safety monitoring board judged the pause to be appropriate.

Janssen evaluated the case with the DSMB and outside experts in relevant fields. “It’s a complicated case that had multiple, potential causes which have not completely been determined, but the DSMB and our experts and our company safety group believe that there’s no relationship between the vaccination and the event,” Sadoff said. “Our DSMB, furthermore in consultation with the FDA, agreed to restart the trial.”

Janssen plans to disclose clinical data from COVID-19 vaccine trials once those data are presented or published at prespecified milestones and will proactively disclose regulatory trial holds as requested by health authorities, he said.

[Editor’s note: Please join us for a deeper, virtual dive into issues related the COVID as part of the FDA-CMS Summit on Dec. 7-9. Registration is now open for the event, which will include a special panel of FDA and industry leaders discussing what the post-pandemic landscape will look like.]

… But Details Not Disclosed

Sadoff’s brief overview of the safety pause was met with a flurry of questions from ACIP members and liaison representatives.

David Kimberlin, Red Book editor at the American Academy of Pediatrics and a pediatric infectious disease specialist at the University of Alabama at Birmingham, requested more information about the safety event. “I think we all would benefit by knowing more about what … system that was related to,” he said.

“We have been, of course, very transparent about the case with the regulatory agencies, IRBs, and the investigators have been fully briefed on the case,” Sadoff responded. “We have been reluctant to discuss the case in public, however, for the reason that the study is still blinded, and second of all there is a matter of patient confidentiality which we are really very concerned about.”

“At this point, we haven’t really felt it appropriate to discuss the nature of the adverse event, other than to mention that it has been fully discussed with independent consultants, the IRBs, the IDMC, and the regulatory agencies, including the FDA, which have all agreed we should go forward,” he said.

Janssen will disclose as much information as possible “in a timely manner when it’s appropriate, but fully respecting the patient confidentiality,” Sadoff said. “That’s basically why we haven’t given information that might lead to speculation, which is not warranted based on the data that we have.”

“We do agree with you that transparency is very important for very many reasons, especially under these circumstances, and so we will disclose as much information as possible that does not in any way violate the patient confidentiality.” – Janssen’s Jerald Sadoff

However, this explanation did little to satisfy some ACIP representatives.

“I just hope you understand how important transparency is to developing vaccine confidence,” said Sandra Fryhofer, an adjunct associate professor of medicine at Emory University who was representing the American Medical Association. She asked if Sadoff could “even give us the age of the person who had the safety event?”

“We do agree with you that transparency is very important for very many reasons, especially under these circumstances, and so we will disclose as much information as possible that does not in any way violate the patient confidentiality,” Sadoff said in response. “I can tell you that this was a young individual in the younger age group, and not in the elderly group.”

Confidentiality A ‘Hard Pill To Swallow’

ACIP member Veronica McNally, president and CEO of the Franny Strong Foundation, asked about the timeline for disclosing more details about the safety event.

“That will be determined … based on confidentiality and unblinded considerations, and it may turn out that we’ll be able to disclose more of that in a short period of time depending on how the case evolves and also whether or not confidentiality issues may not be an issue at some point,” Sadoff said.

“I think you very well may be justified in these confidentiality concerns, but I think from the perspective of the public, in a trial of thousands of people, that’s going to be a hard pill to swallow.” – Pediatric Infectious Diseases Society’s Sean O’Leary

Sean O’Leary, a pediatric infectious disease specialist at Children’s Hospital Colorado who was representing the Pediatric Infectious Diseases Society at ACIP, echoed the transparency concerns raised by others.

“The confidence in these vaccines is so crucially important that transparency takes on extra weight in the current environment,” O’Leary said. “I think you very well may be justified in these confidentiality concerns, but I think from the perspective of the public, in a trial of thousands of people, that’s going to be a hard pill to swallow. I really encourage you to be as transparent as possible.”

“We will be,” Sadoff said. “We understand the dynamic between the two. It’s a very delicate balance that has to be judged and continuously judged.”

The ENSEMBLE trial aims to enroll about half of its 60,000 subjects in the US, with the remainder coming from South Africa, Mexico and countries in South America.

The primary endpoint is the number of participants with first occurrence of molecularly confirmed moderate-to-severe or critical COVID-19 disease.

ENSEMBLE is the only US Phase III trial to date that is using a moderate-to-severe disease primary endpoint; all the other Phase III vaccine trials are using COVID-19 of any severity as their primary endpoint.

At their 22 October meeting, members of the US Food and Drug Administration’s Vaccines and Related Biological Products Advisory Committee raised concerns that while the primary endpoints used in most of the trials would inform as to vaccine efficacy against mild disease, they may not reveal much about a vaccine’s ability to prevent severe disease. (Also see "COVID-19 Vaccines: Advisory Committee Picks Apart US FDA Guidance On Efficacy Endpoints" - Pink Sheet, 22 Oct, 2020.)

FDA officials told the VRBPAC that experience with non-COVID vaccines has demonstrated they are more effective against severe disease and less so in preventing mild disease. In addition, powering a trial for a primary endpoint of severe disease would necessitate many more study subjects and raise feasibility concerns.

Janssen employed a moderate-to-severe disease endpoint because vaccines targeted against respiratory diseases have a better chance of working against more severe disease than mild upper respiratory disease, Sadoff said. The chosen primary endpoint offers a better chance for the vaccine to show its true effectiveness and is a more clinically relevant outcome, he added.

Janssen is hoping to move its vaccine trials into the adolescent population in the not-too-distant future.

“We would like to start pediatric trials at least in 12- to 18-year-olds as soon as possible, and then based on the safety and immunogenicity that we see get down into the younger age groups as well,” he said. “We think pediatrics is a very important population to consider vaccination, with safety being a very important consideration as well.”

To date, Pfizer Inc. is the only vaccine manufacturer that has started enrolling US subjects younger than age 18, with the company having lowered the age of enrollment to 12 years old. However, the inclusion of adolescent subjects in vaccine trials at this stage of development received pushback from some VRBPAC members. (Also see "Adolescents In COVID-19 Vaccine Trials: As Pfizer Starts Dosing, US FDA Encouraging Other Sponsors" - Pink Sheet, 24 Oct, 2020.)

Expanded access would not be an appropriate mechanism for offering vaccine to pediatric populations in the absence of safety and immunogenicity data in these age groups, the FDA’s Doran Fink said.

Earlier in the ACIP meeting, Pablo Sanchez, professor of pediatrics at Ohio State University and Nationwide Children’s Hospital, asked the FDA’s Doran Fink if expanded access would be a way of allowing pediatric populations access to a COVID-19 vaccine that had only been studied in adult subjects.

The question of whether expanded access could be a viable alternative to an emergency use authorization was raised at the VRBPAC meeting by one of the members given concerns that granting an EUA could complicate efforts to continue collecting data from randomized, blinded vaccine trials. (Also see "COVID Vaccines: Is Expanded Access A Better Option Than Emergency Use Authorization?" - Pink Sheet, 27 Oct, 2020.)

Fink, deputy director of the Division of Vaccines and Related Products Applications, said the agency is “still in the early stages of considering” whether expanded access “would be an appropriate mechanism for deployment of a COVID vaccine at all.”

However, he made clear that expanded access would not be an appropriate pathway for offering vaccine to pediatric populations, absent safety and immunogenicity data in these age groups.

J&J Exec On COVID-19 Vaccine: Moving At High Speed But No Safety Compromises

COVID Vaccines: Is Expanded Access A Better Option Than Emergency Use Authorization?

Coronavirus Update: AstraZeneca’s Vaccine Trials Cleared To Restart In the US, J&J Prepares To Restart Its Vaccine Study