Congress Puts Focus Back On Drug Pricing With AbbVie Subpoena

House Oversight Committee Chair says AbbVie has failed to comply with requests for documents in committee's investigation of the drug pricing of 12 pharma companies. 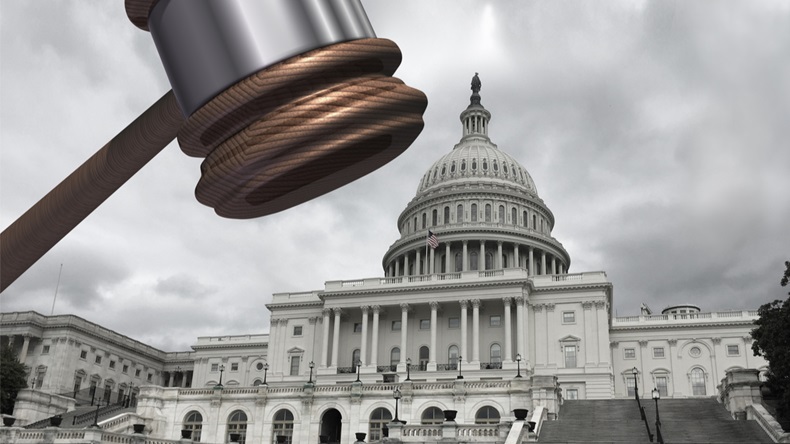 Eighteen months after launching an investigation of the drug pricing practices of 12 companies, the House Committee on Oversight and Reform is singling out AbbVie Inc., claiming it has failed to turn over documents about the pricing of Humira (adalimumab) and Imbruvica (ibrutinib). The legal action brings the issue of drug pricing back to the forefront and could spur further policy debate as the presidential election campaign enters its final months.

Committee Chairwoman Carolyn Maloney, D-NY, announced on 1 September that she had sent a memo to committee members notifying them of her intent to issue a subpoena to AbbVie for documents because it has demonstrated an unwillingness to comply with the investigation.

“The volume and quality of AbbVie’s responses are inconsistent with the expected recordkeeping and decision-making processes of a large multi-national corporation regarding two of its most profitable drugs,” the memo states. “AbbVie’s responses are particularly poor in comparison to the documents produced by other companies that are the subject of the Committee’s investigation.”

Maloney notes that Humira, the treatment for rheumatoid arthritis and other inflammatory diseases that has become the world’s best-selling drug, had nearly $19.2bn in worldwide net revenues in 2019; and Imbruvica, a treatment for mantle cell lymphoma, generated total net revenues of more than $4.6bn last year.

Maloney’s memo says that Republican committee members do not support the investigation, which was launched by the late Elijah Cummings, D-MD, in January 2019. The memo notes that the Republicans sent letters to each drug company in April 2019 urging them not to cooperate with the investigation. For example, the memo says that in their letter to AbbVie CEO Richard Gonzalez, then-Ranking Member Jim Jordan and then-committee member (now White House chief of staff) Mark Meadows questioned Cummings’ motives for conducting the investigation.

AbbVie said it has been working cooperatively with the House Oversight Committee since receiving the committee’s initial letter. “In fact we’ve provided thousands of documents and have had numerous conversations with the Committee staff. While we are surprised and disappointed the Committee chose to take this action, we will continue to work in good faith with them on this important subject,” the company said in a statement.

The planned subpoena to Gonzalez shows the extent of the investigation and the pricing practices targeted by the committee. It demands production of all documents, including communications, referring or relating to pricing or lifecycle management strategies for Humira and Imbruvica from 1 January 2009 to 14 January 2019.

The subpoena specifically cites documents on increasing the price of Humira in response to or in anticipation of changes in prices of Amgen, Inc.’s Enbrel (etanercept) or any other products that compete with Humira, and the impact of any change in the price of Humira on the company’s earnings, revenues and earnings per share.

In addition, the subpoena requires production of:

Cummings sent a follow-up letter to AbbVie on 21 June 2019 and a third letter on 27 September 2019, in which he said AbbVie’s responses had been “woefully inadequate.” He said the company failed to provide key materials, including board materials and communications relating to pricing strategies and lifecycle management for Humira and Imbruvica and failed to produce communications regarding its acquisition of Pharmacyclics, Inc. and executive compensation. AbbVie acquired Pharmacyclics, co-developer of Imbruvica, in 2015.

The cost of prescription drugs was a hot button issue at the time the oversight committee launched its investigation. The following month, the Senate Finance Committee held a high-profile hearing on drug prices at which AbbVie’s Gonzalez and the top leaders of six other pharma companies testified. (Also see "Big Pharma Defuses Drug Pricing Landmines On Capitol Hill " - Pink Sheet, 26 Feb, 2019.)

At the hearing, Gonzalez was grilled about the patent estate for Humira and its patent settlement agreements with potential biosimilar manufacturers. (Also see "From Pricing To Patents: Hearing Signals A Potential New Focus" - Pink Sheet, 27 Feb, 2019.)

Drug pricing has become a lower priority since then. However, it remains a target of both President Trump and Democratic presidential nominee Joseph Biden.

Former Vice President Biden has also pledged to tackle drug pricing if he is elected. The “unity platform” his campaign crafted with Senator Bernie Sanders, I-VT, pledges to ensure that Americans do not pay more for prescription drugs than people in other advanced countries. And the plan adopted by the Democratic National Convention says Democrats would “crack down on anticompetitive efforts to manipulate the patent system or collude on prices” and would eliminate tax breaks for drug advertisements. (Also see "Does Biden Bode Well For Pharma? Convention Sets Promising Tone For Campaign" - Pink Sheet, 21 Aug, 2020.)

Why Is Congress Targeting These Six Medicines In Drug Price Hearing?

Six Pharma CEOs To Testify In House as Democrats, Trump Compete For Attention On Drug Pricing

From Pricing To Patents: Hearing Signals A Potential New Focus