Virtual US FDA Advisory Committees May Have One Silver Lining: Available Experts

The agency historically has had challenges recruiting experts for its advisory committees. With most everyone working from home during COVID-19, that task was just made easier, 3D Communications’ Jim DiBiasi says. 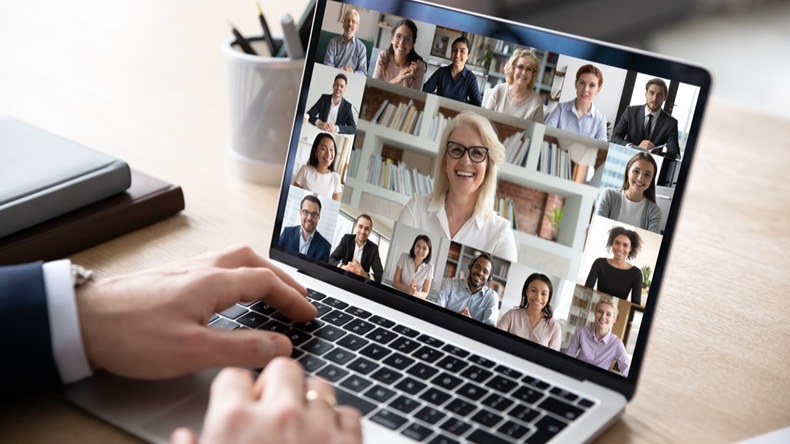 Source: Shutterstock Virtual meetings might allow more experts to participate, but they run the risk of 'Zoom fatigue.'

As the US Food and Drug Administration prepares for virtual advisory committee meetings, it is clear there are many obstacles to overcome – not the least of which are the technical challenges to an all-remote discussion.

But there is one potential upside: an easier time recruiting experts to participate. The FDA has struggled at times to find the right expertise for an advisory committee meeting, especially in rare diseases, where there simply are not enough experts to go around. But with most of the country now working from home, the task of finding temporary members to weigh in on an application may become easier, 3D Communications partner Jim DiBiasi said in an interview with the Pink Sheet.

“FDA may be able to get more people eligible to attend because they don’t have to travel,” DiBiasi said. “I’m sure they’ve lost some their top choices” in the past, “especially those with special expertise, because of their availability. So perhaps we will be able to get more subject matter experts” now that there is a lower bar to the logistics of participating.

The trouble recruiting quality advisory committee members is well known: besides the obvious scheduling and travel difficulties, the strict conflict-of-interest rules that govern who can serve make it difficult for the FDA to find the right expertise. (Also see "Top US FDA Officials Continue To Lament Advisory Cmte. Recruitment Difficulties" - Pink Sheet, 18 Oct, 2019.) But with the travel conflicts now largely off the table during the COVID-19 pandemic, that challenge may have been overcome.

“A drug or device that goes through a committee, especially if it’s an orphan indication, there’s not a lot of expertise on the panel because there aren’t a lot of experts in the country,” DiBiasi said. “Then to try and find somebody who’s not conflicted, willing to travel, go through the [special government employee] process, I’m sure is quite a challenge for the FDA. This might make that a more attainable goal.”

To date, the FDA has not scheduled a virtual advisory committee. Early in the COVID-19 pandemic, the Center for Drug Evaluation and Research canceled or postponed all in-person committee meetings through April, including reviews of GlaxoSmithKline PLC’s Trelegy for COPD and Eli Lilly & Co.’s flortaucipir F18 Alzheimer’s imaging drug. Intercept Pharmaceuticals Inc. had announced a 9 June meeting for its obeticholic acid sNDA for the treatment of liver fibrosis due to nonalcoholic steatohepatitis, but the date was never confirmed by the FDA. (Also see "Virtual Advisory Committees: Who Will Be First In Line To Test On-Line Meetings?" - Pink Sheet, 29 Apr, 2020.)

Now Intercept says that the FDA has postponed that tentative meeting to review “additional data” that will be submitted “within the next week,” and that the agency “has indicated that it will reach out to Intercept in the near future with a new proposed AdComm date.” The FDA had already postponed the user fee deadline by three months, and Intercept now anticipates that the review will extend beyond the 26 June action date.

The company said a planned 9 June advisory committee to review the NDA for obeticholic acid in NASH has been postponed a second time, which means OCA likely will not be approved by 26 June.

The obeticholic acid sNDA could still be the first application to go to a virtual advisory committee. The product would appear to fit the profile of the kind of high-need application that DiBiasi speculates the FDA would deem critical enough to bring to a virtual discussion. NASH is an aggressive form of fatty liver disease and can be life-threatening, in that it can cause cirrhosis or liver cancer. There are no FDA-approved treatments.

Putting himself in the FDA’s shoes, DiBiasi thinks that the most likely candidate for a virtual advisory committee would be a product that the agency would not want to delay, even for a short period of time, “because the need is so great. If this is an approvable product, we don’t want to miss the PDUFA or MDUFA on this,” he said.

“The show will go on when the therapy and therapeutic area really needs a product to get to market in a timely fashion. FDA and sponsors will find a way to get it done.”

On the other hand, there are a number of conditions under which the FDA is likely to hold off on an advisory committee discussion until social distancing guidelines might allow an in-person meeting, he said. These could include: an investigational product that has many other therapeutic options; or where the condition or disease is not potential life-threatening; or where the FDA “feels comfortable that a month or two delay is not going to do undue harm on the public.”

“I think they’re looking at this strategically and saying, ‘out of these 100 applications, these are the 30 that were going to go to an advisory committee, and these are the 10 that … if it is approvable, this therapeutic area really needs it,” he said. “That’s my decision tree: How important is this to get approved quickly?”

No Consistent Approach – Yet

Intercept is not alone is preparing for a virtual advisory committee; DiBiasi says he has dozens of clients in different stages of preparation. “Some of them have been told it’s likely they will have a virtual meeting; no one has been given a specific, firm date with a Federal Register notice. The dates that have been discussed … have been really up in the air.”

In the meantime, DiBiasi is prepping clients for a multitude of different scenarios. So far, the guidance from the FDA on what to expect has varied between product centers and even between review divisions on everything from the technology platform the team wants to use to whether the sponsor presentations will be live or pre-recorded.

A recent CDER generic drugs workshop used the WebEx platform, while a recent advisory committee review of research programs in the Center for Biologics Evaluation and Research used Adobe Connect. (Also see "‘Can You Hear Me?’ US FDA Begins Meeting Virtually" - Pink Sheet, 18 May, 2020.)

“No one has been given a specific, firm date with a Federal Register notice. The dates that have been discussed … have been really up in the air.” – 3D Communications’ Jim DiBiasi

DiBiasi has held a dozen mock meetings over the last several weeks following various formats. “We are running them through different scenarios so that they are ready no matter what.” By the time the FDA holds the first meeting, he predicted, the agency will settle on a consistent application of how to run a virtual discussion. “There’s a lot of voices at FDA, and they are working out what the best approach should be.”

So far, he anticipates that committee members will each participate virtually from their respective locations, and the sponsor team could either dial in as a group from a conference room or as individual members. Some of DiBiasi’s clients see an advantage to being in a separate room in a virtual setting, he said, where the team can put the phone on mute and discuss an issue.

The open public hearing participants will also be pre-recorded, and those videos will air during the live meeting. What is still up for discussion is how the FDA staff will participate; that largely depends on whether the White Oak, Md. headquarters is open at the time of the meeting and could allow access for a socially-distanced review team to meet.

DiBiasi did express concern with recent comments from FDA officials suggesting that the agency might adapt to a virtual setting by inviting fewer members and asking fewer, more specific questions. That possibility was floated by Office of New Drugs Director Peter Stein in an interview with the Pink Sheet in April. (Also see "Virtual Advisory Committees Are Coming: US FDA Panels Will Be Smaller, More Focused" - Pink Sheet, 15 Apr, 2020.)

“I think that can detract from the quality of the meeting. If they’ve got seven questions of concern, they should be able to ask the seven questions,” DiBiasi said. “To limit it detracts from the main goal of the meeting: to give FDA the advice and counsel that they need.” Reducing the number of panel members is understandable given the challenges with virtual meetings, he acknowledged, but “hopefully they don’t cut it to the bone.”

There are tremendous downsides to not having all parties in the same room: depending on the setup, it can be difficult to read body language, or easy to misunderstand the delivery and intent of a discussion point. Add background noise from unmuted phone lines, a temporary breakup in the line, a slow Internet connection or an all-out power outage, and things can go quickly downhill.

The technical challenges are daunting. As much as one can plan and train everyone to use the technology, DiBiasi said, “there are certain things that can happen day-of that are out of your control.” If you have 10 advisory committee members on a virtual meeting, he said, chances are that at least one is going to have technical difficulties and will be unable to participate. It is those scenarios, he said, that keep him up at night.

Recent panel review of biologics center's intramural research programs had its share of technical glitches and involved agency speakers blindly presenting to committee members they could not see; the experience suggests the difficulties an industry sponsor with an application hanging in the balance may face if a virtual advisory committee were to be held.

Another consideration is avoiding “Zoom fatigue.” Advisory committee meetings can be up to eight hours long, and DiBiasi’s clients have reported that participating in a virtual meeting is more exhausting than an in-person discussion. That, he said, will require more frequent breaks (his mock meetings have included 15-minute breaks every 90 minutes).

Those breaks could also be used by the sponsor teams as off-line, mini-strategy sessions. DiBiasi’s mock sessions have also included a back channel of communication (like a separate Zoom or Microsoft Teams video chat) for sponsors to have virtual sidebar discussions. He suspects the FDA will utilize the same approach should the review team not all be in the same room.

Outside of the technical difficulties, the importance of the committee chair in ensuring a robust discussion cannot be understated, DiBiasi said. “The quality of the actual advisory committee meeting is going to depend heavily on the chair. The chairperson has to be very organized and very comfortable with technology.”

DiBiasi said 3D Communications has spent “hundreds of hours” making sure that the chairs of the practice mock panels are trained on how to run an effective meeting. Given the heightened importance of a “good administrative function” to the job, he envisions scenarios in which the FDA could swap out a committee chair with one that might be more effective.

‘Can You Hear Me?’ US FDA Begins Meeting Virtually

Virtual Advisory Committees: Who Will Be First In Line To Test On-Line Meetings?

Virtual Advisory Committees Are Coming: US FDA Panels Will Be Smaller, More Focused