Company’s promise to be more forthright, along with quality culture and policy upgrades, may have helped sway agency. 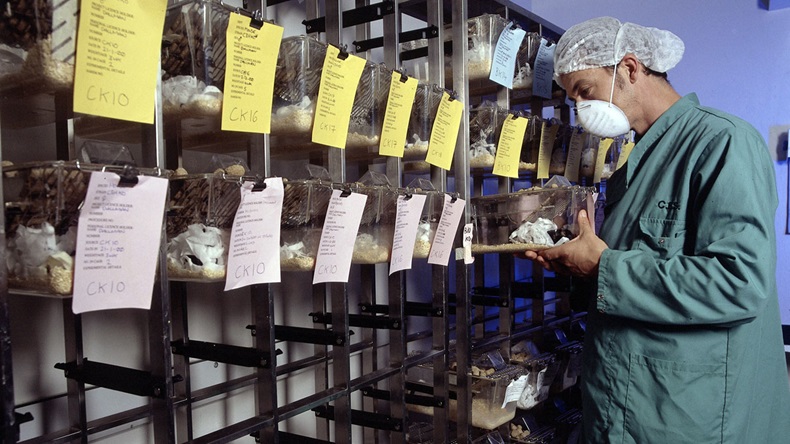 Novartis AG will not face any penalties for data integrity lapses in certain potency studies for its AveXis Inc. unit’s Zolgensma (onasemnogene abeparvovec-xioi) gene therapy that the US Food and Drug Administration investigated last year, the agency has decided.

FDA officials had reacted vehemently to the company’s belated disclosure of the lapses, sending a message not only to Novartis but also to the booming cell and gene therapy sector that while the agency is willing to quickly approve such therapies based on limited evidence, it would not tolerate any doctoring of that evidence.

Poor data integrity can seriously undermine trust between the FDA and a therapy’s sponsor, particularly when it raises questions about the basis for approval. But in the case of Zolgensma, Novartis was able to restore that trust.

One factor may have been the way Novartis incorporated AveXis after acquiring the startup. It’s an old story with biotechs, now reprised with gene therapy ventures: a visionary founder changes the world, breaking a few rules along the way, and a staid bureaucracy comes along and brings stifling, much-needed discipline and consistency to the operation.

Another factor may have been the company’s promise to, if it ever happens again, alert the FDA to any credible allegation within a week.

Yet another was the FDA’s finding that the alleged data manipulation had not impacted product quality.

A Surprise, A Warning, A Quick Inspection

Novartis did not alert the FDA about the data integrity concerns until 28 June 2019, 35 days after the FDA approved Zolgensma, prompting Peter Marks, director of the agency’s Center for Biologics Evaluation and Research, to warn that the FDA would “use its full authorities to take action, if appropriate, which may include civil or criminal penalties.” (Also see "Novartis' Zolgensma Had Manipulated Data In Application, US FDA Says" - Pink Sheet, 6 Aug, 2019.)

The disclosure quickly prompted an FDA inspection of AveXis’ quality control laboratory in San Diego, CA, where a whistleblower alleged that the data manipulation occurred.

If the agency decided the findings from the 24 July to 2 August inspection were serious, it would classify the result as “official action indicated” and send the company a warning letter or take legal action.

In this case, the agency reviewed the 2 August Form 483 report’s inspection findings and reevaluated its review of the company’s biologics license application, focusing on the information that the data manipulation issue affected.

The FDA told the Pink Sheet on 31 March that after completing its review of the inspection, the evidence collected, and Novartis’ responses and corrective actions, it determined that the objectionable conditions observed during the inspection “do not meet the threshold for regulatory action.”

One factor in the agency’s decision must have been the company’s extraordinary and unusually public 59-page response to the Form 483 report.

The FDA was left in the dark about allegations of Zolgensma data manipulation until after it approved the gene therapy because an investigation by the newly acquired Novartis unit that developed the therapy was time-consumingly sensitive and difficult but also strangely reassuring, the AveXis unit’s president and head of quality explained in the epic response to FDA’s inspection findings.

Novartis asserted in its 23 August inspection response that it did not disclose the data integrity issues to the FDA until an interim non-conformance investigation was complete, and the fact that the disclosure came after the approval was mere happenstance.

The company promised that in the future it will “notify the agency within five business days of receipt by our quality organization of any credible allegation related to data integrity impacting a submitted biologics license application.”

It remains unclear why AveXis co-founder and chief scientific officer Brian Kaspar and his brother, senior vice president of research and development Allan Kaspar, would have been altering or directing others to alter vital records of laboratory mice in the period leading up to Novartis’ 15 May 2018 acquisition of AveXis.

But this is exactly what an AveXis employee alleged anonymously on 14 March 2019, eight months after the company stopped using the crude in vivo assay in question.

What Made The Investigations So Tough

Novartis went on to explain how difficult it was to investigate the allegations because the targets were senior executives.

For the first phase, AveXis engaged external counsel to lead an independent investigation “because the two executives who were the subject of the allegations were still fixtures at AveXis with the potential to influence and impede the investigation.”

The executives were not informed about the investigation during this phase because the allegations concerned data integrity, and both AveXis and Novartis wanted the evidence preserved.

AveXis did not open a formal quality investigation at the time because that would have alerted the executives.

Then there were delays. Nearly two weeks went by before the whistleblower could meet with them. Lack of cooperation and denial of allegations by the implicated executives caused further delays, which meant the investigation team had to spend some 2,000 hours reviewing thousands of handwritten and electronic records about the lives of individual mice and compare them to entries on hundreds of spreadsheets.

Technical experts had to assess the impacts of discrepancies on the studies, batch release decisions and clinical data.

Their conclusion: the data manipulation issues “had no impact on patient safety or product efficacy or quality.”

After this phase concluded and the executives were placed on administrative leave, AveXis and Novartis launched a formal non-conformance investigation.

The In Vivo Relative Potency Assay

The assay at the center of the investigation was used from March 2017 to June 2018 to establish the relative potency of clinical lots for release and stability testing.

AveXis relied on it to show comparability between the first lot, produced by the Nationwide Children’s Hospital in Columbus, Ohio, and two later lots of what was then called AVXS-101, produced by AveXis using an improved manufacturing process.

Described in standard operating procedure 285 (SOP-285), the in vivo relative potency assay compared survival of mice that were genetically engineered to have spinal muscular atrophy, or SMA, that were treated with the Nationwide Children's reference lot and AveXis lots. Untreated SMA mice live about 15 days.

The key to the assay was for workers to accurately record the birth and death of mice on cards affixed to their cages, transcribe the raw data and figure the median survival periods, expressed as a relative potency percentage.

The problem was that there were some discrepancies in the mouse survival data. Most were just off by one day, owing, the company decided, to ambiguity over whether to count the day of birth. But four were off by two to 19 days. This might have made one of the tested batches appear more potent than it was.

Things were going to change at AveXis, the company assured the FDA in its Form 483 response.

Novartis had acquired AveXis in May 2018, and by early 2019, it had begun aligning the unit’s quality organization with its global quality network.

In response to the data integrity issues, Novartis decided to more quickly and completely integrate AveXis into its quality network. This would include implementing Novartis’ global quality management systems at AveXis. Also, the unit’s quality organization would be restructured to align with Novartis’ operations.

Also there would be a rigorous assessment of gaps between AveXis quality policies and procedures and those of Novartis, followed by any necessary revisions. Already, several data integrity, corrective action and management escalation procedures had been identified for revision.

Novartis also was rolling out its “SpeakUp” program at AveXis  to give its employees “a clearly defined pathway for reporting concerns regarding potential misconduct or fraud.”

The Systems You Need

Novartis CEO Vasant Narasimhan told investors on a 7 August 2019 call that since the acquisition, the company had changed the entire management team at AveXis and hired nearly 1,000 people there, turning the unit into a large organization “that is much more dependent on integrity of process and quality systems, than on individual actions.”

How could the company prevent data integrity issues in the laboratory? To do this, Narasimhan said the company needs scientists who follow rigorous procedures and leaders who ensure a strong quality culture. “There's no other system you can put in place for such a situation.”

This story was updated on 6 April 2020 to correctly state the time that passed after the FDA approved Zolgensma before Novartis alerted the agency about the data integrity concerns. It was 35 days, not four.

Novartis' Zolgensma Had Manipulated Data In Application, US FDA Says