At Muted J.P. Morgan, Focus Is Execution, But US Pricing Is Persistent Overhang

Political worries aside, industry is confidently executing on focused strategies as it welcomes a new decade, even if a lack of deal news at the J.P. Morgan Healthcare Conference didn't excite investors. 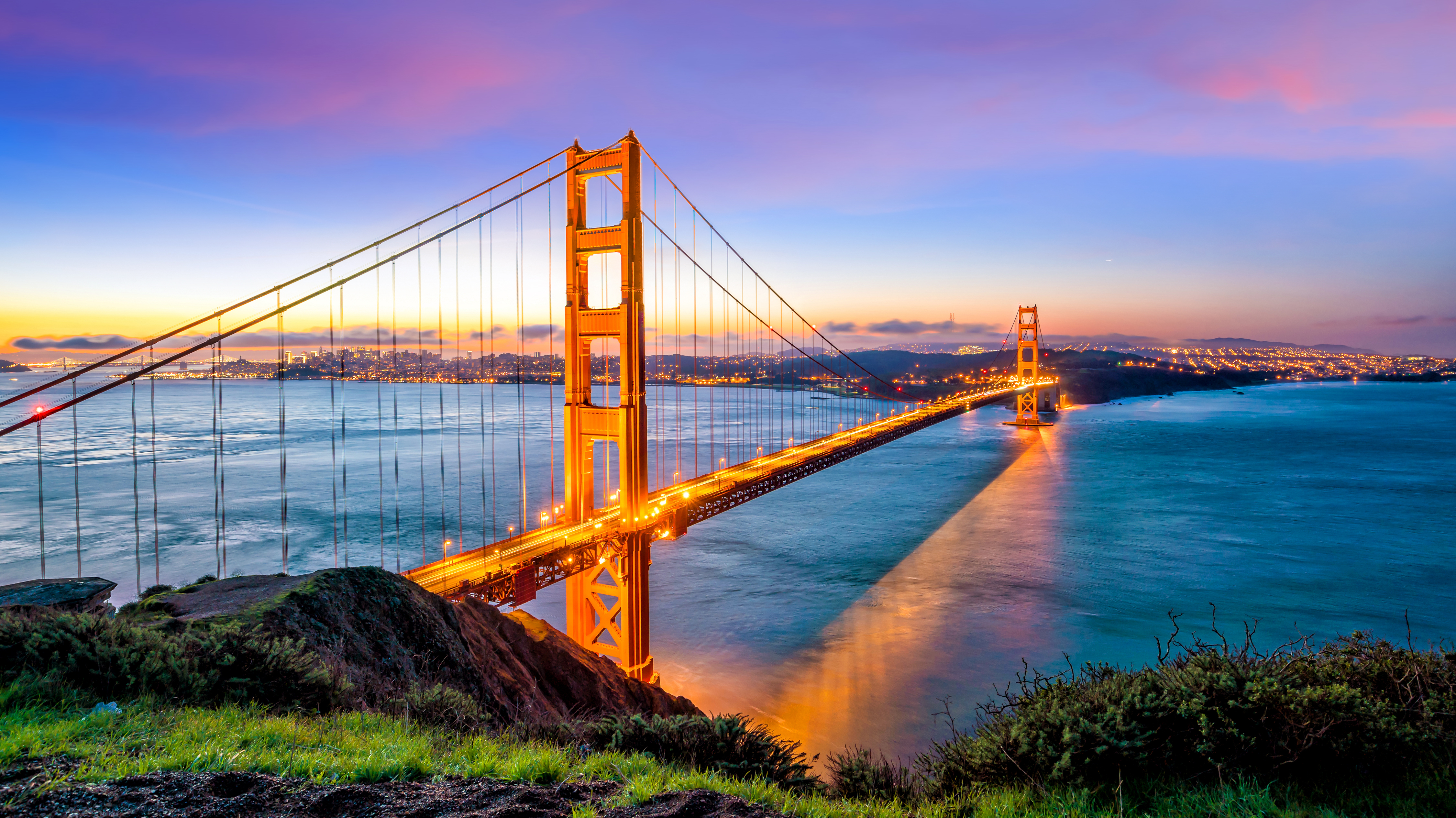 Source: Shutterstock There were lots of takeaways from the J.P. Morgan Healthcare conference

The atmosphere at the J.P. Morgan Healthcare Conference was muted this year, without any big deal news, or any substantial news at all. At first the quiet opening on 13 January was unsettling, but over the course of the meeting the undercurrent shifted to a sense that the pharmaceutical industry is on solid footing as it moves into a new decade, executing on focused business strategies.

However, drug pricing reform in the US and mounting political pressure remains the big uncertainty, particularly in an important election year. Industry would like to see drug price reforms that reduce the cost burden on patients and out-of-pocket costs but are lobbying against policy changes that would change the way Medicare negotiates drug prices or would rely on international drug prices as benchmarks.

Across the industry, leaders acknowledge that if patients can't afford their medicines no one is succeeding.

Regeneron Pharmaceuticals Inc. CEO Leonard Schleifer, asked about the political environment in a breakout session, said "We hope that market-based solutions would be the way that the problem could be solved. It is clear, this is the United States of America. People should be able to have access to drugs. They shouldn't go bankrupt. They shouldn't have to choose between food and their insulin or not be able to take a drug that can prevent blindness. That's just unacceptable."

Despite the frustration, industry is still pushing rebate reform talking points even though the prospect for policy change on that front seems as dead as inhaled insulin – at least in the near term. The US Congressional Budget Office forecast HHS's rebate reform proposal would increase federal spending on Medicare Part D by $170bn from 2020-2029, which ended enthusiasm for being the political party responsible for implementing the kind of change that could increase costs. (Also see "Pharma's Big Defeat: US Rebate Proposal Hits The End Of The Road" - Pink Sheet, 11 Jul, 2019.)

"We think rebate reform is a no-brainer," Anderson said during the panel. Caforio added, "The real issue is that the rebates are not used to lower the exposure of patients to the cost of care. The rebates are used primarily to reduce the monthly cost of healthy individuals.”

While pricing transparency would be welcome by many, widescale rebate reform doesn't appear to be on the near-term horizon. What is approaching, however, is the 2020 US election, which could bring a new US president and changes in the Republican-controlled Senate, which is currently viewed by industry as a welcome barrier against a House bill, HR3, that would allow the federal government to negotiate drug prices in Medicare. (Also see "US Drug Pricing Legislation Efforts Headed Toward Spring Renewal? A Look Ahead" - Pink Sheet, 2 Jan, 2020.)

"We are a little bit agnostic who sits in the White House," AstraZeneca Biopharmaceuticals exec VP Ruud Dobber said in an interview. "Our main objective is to make sure patients can afford their medicines and there is access, whether it is President Trump or Democratic candidates."

One policy Dobber and other industry leaders said they support is a Senate proposal that would cap out of pocket costs for seniors, which has some bipartisan support. (Also see " Senate Drug Pricing Bill Lowers Manufacturer Discounts In Part D Catastrophic Phase" - Pink Sheet, 6 Dec, 2019.)

No big policies are expected to get significant attention in an election year, but the drug pricing debate will continue and the outcome of the election could set a very different tone for J.P. Morgan in 2021.

For now, though, the dust has settled on 2019, when several sizable mergers were announced or closed – Bristol-Myers Squibb Co. and Celgene Corp., AbbVie Inc. and Allergan PLC, Takeda Pharmaceutical Co. Ltd. and Shire PLC, Mylan NV and Pfizer Inc.'s Upjohn, and Roche and Spark Therapeutics Inc., for example.

Investors were hoping J.P. Morgan would start the year off with a similar buzz as last year, when Eli Lilly & Co. announced the $8bn acquisition of Loxo Oncology Inc.. (Also see "J.P. Morgan 2019: Industry Throws A Bonanza, With An Elephant In The Room " - Pink Sheet, 9 Jan, 2019.) But the value of assets is high and many big biopharma companies are well positioned for moderate near-term organic growth, so the urgency for deals is tempered.

"The great thing about innovation is that no matter where you are, there is always far more innovation outside your doors than inside your doors," Genentech's Levi Garraway said in an interview.

That doesn't mean deals won't happen in 2020. Many of the industry's top biopharma leaders said they expect to keep a similar pace of business development activity in 2020. For a few like Gilead Sciences Inc., with money to spend, the onus is on them to get a deal done.

Novartis is in the process of launching multiple new drugs. Pfizer, this year, will have cycled through its last big patent loss for a six-year time horizon and is pivoting to be a smaller innovative pharma company. GlaxoSmithKline PLC is beginning to see the first fruits of its R&D revamp approaching the market under the leadership of Emma Walmsley and Hal Barron.

AstraZeneca PLC has big new growth drivers to focus on in oncology, including Enhertu (trastuzumab deruxtecan) and Calquence (acalabrutinib) and just filed roxadustat for anemia in chronic kidney disease. Merck & Co. Inc. is confident in the continued growth of its mega-blockbuster Keytruda (pembrolizumab), which is annualizing $1bn per month in revenues.

Merck CEO Kenneth Frazier characterized Keytruda as being in the early middle innings of the game during a fireside chat at J.P. Morgan. "It may be the beginning of the fourth inning, but remember every inning is different and a lot more runs get scored in some innings than others, and we think there are a lot of runs let to be scored."

In an interview, Novartis' new pharmaceuticals president Marie France Tschudin summed up the sentiment across many big pharma companies this year. "It is a fantastic time to be at Novartis and really in pharma," she said. "We have a really clear strategy around where it is that we want to go, which is fueled obviously by our pipeline."

Takeda president of R&D Andrew Plump reflected that it been the first calm J.P. Morgan for the company since he joined the Japanese pharma in 2015. "This was the first time we haven't had a big event to announce and it was just so nice, to be now a company that's starting to create a stable foundation," he said. "We are building on what we put together over the past few years and it's really great."

Across the industry, Plump said, there has been a similar feeling going into 2020. "There's huge progress across companies in terms of focus, in terms of reducing waste, in terms of trying to drive spend in a responsible way, in terms of adopting new technologies."

It is a fantastic time to be at Novartis and really in pharma," Novartis' Marie France Tschudin said. "We have a really clear strategy around where it is that we want to go."

A lot of industry's focus is stemming from advancement in science in areas like immuno-oncology, gene editing and gene therapy that present an opportunity to make an impact on serious diseases. But unlike some years at J.P. Morgan, where the thrill of a scientific breakthrough is still new and palpable, this year the industry is digesting the first commercial experience with new advances, for example in genetically defined cancer with drugs like Roche's Rozlytrek (entrectinib), in RNAi with Alnylam Pharmaceuticals Inc.'s Onpattro (patisiran) and Givlaari (givosiran) and in gene therapy with Novartis's Zolgensma.

He joined the company from Eli Lilly last year. "One of the things I've admired about Roche and Genentech from the outside is the consistent activity," he said. "The great thing about innovation is that no matter where you are, there is always far more innovation outside your doors than inside your doors."

Takeda's Plump said the company has earmarked a similar amount of money toward business development as it did in 2019, both of which is higher than the 2018 spending commitment.

Pfizer CEO Albert Bourla, from center stage of the Grand Ballroom at the Westin St. Francis, reaffirmed his business development strategy. "We want to acquire or in-license programs Phase II-ready, Phase III-ready, these programs that can become medicines in 2024, 2025, 2026, 2027," he said.

PwC's US pharmaceutical and life sciences deals leader Glenn Hunzinger said there are lots of deals brewing. "There is a ton of activity underneath the hood," he said in an interview. He predicted a similar amount of business development activity in 2020 as 2019, with $5bn to $15bn deals being the sweet spot.

"This conference has been a lot more calm than last year. Most people we speak to feel good about where they are, they have good assets, their pipeline is good," he added.

US Drug Pricing Legislation Efforts Headed Toward Spring Renewal? A Look Ahead

US Government Drug Pricing ‘Negotiation:’ Where We Go From Here

Pharma's Big Defeat: US Rebate Proposal Hits The End Of The Road

J.P. Morgan 2019: Industry Throws A Bonanza, With An Elephant In The Room