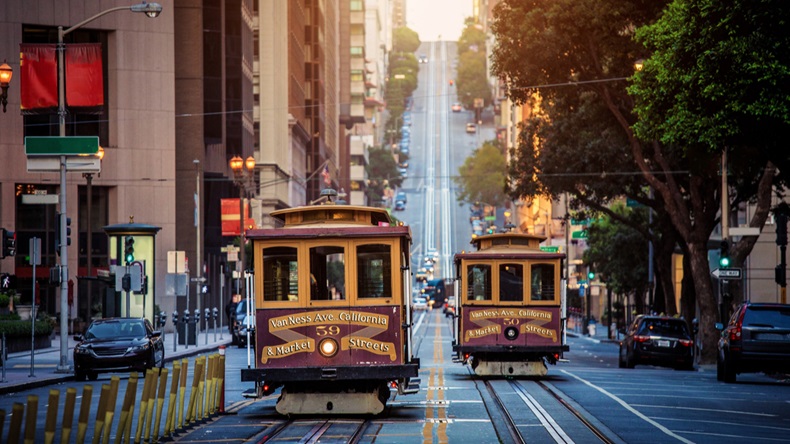 Source: Shutterstock A roundup from the third day of the J.P. Morgan Healthcare Conference

AbbVie Inc. CEO Richard Gonzalez walked into the J.P. Morgan Healthcare Conference with fresh data showing that one of the company’s newest products beat the market leader among new biologics in a head-to-head Phase III clinical trial in psoriasis.

“We clearly were looking for an opportunity to come out with an asset that would redefine this market from the standpoint of efficacy and safety, and certainly, this particular medicine has been able to do that. It's been well accepted in the marketplace,” Gonzalez said.

He pointed to factors such as Skyrizi’s quarterly dosing and long duration of efficacy as factors driving prescriptions for the product. The only other marketed IL-23 inhibitor in the US – Johnson & Johnson’s Tremfya (guselkumab) – is dosed every eight weeks.

“What's been even more impressive to us and a bit surprising, to be honest, is not a lot of [Skyrizi’s market share] has come from Humira,” Gonzalez said. “Humira declined about three or four market share points from where it started prior to the Skyrizi launch, so our combined share now in psoriasis is … 47% or so.”

Humira (adalimumab) already has biosimilar competitors in the EU and will face biosimilars in the US in 2023. While it remains a top-selling product globally, revenue is expected to diminish significantly when copies of the TNF inhibitor reach the US market, which is why rapidly accelerating market share for Skyrizi is particularly important for AbbVie.

“We expect it to continue to remain strong and continue to build,” Gonzalez said. “The most recent data that we've seen come out with the head-to-head against Cosentyx we think will be extremely helpful.”

AbbVie expects both Skyrizi and the oral JAK inhibitor Rinvoq (upadacitinib) in rheumatoid arthritis – both approved in 2019 – to be key contributors to the company’s revenue going forward. Clinical trials are ongoing to add several indications to the products’ labels and Gonzalez said together they could replace the revenue generated by Humira.

“Humira took us about 13 years to build [it into a] $20bn product, and one of the reasons why we were able to build it to be that size was it was the only TNF that had broad applicability across a large number of disease states,” he said. “When you step back and you look at Rinvoq and you look at Skyrizi, those two assets will have all of the major indications that Humira have when fully built out, plus one that Humira doesn't have, which is atopic dermatitis. So, if pricing were to stay the same … you should be able to build these assets to be $20bn combined or greater.”

With No Buyer, What's Next For Amarin?

Investors at Amarin Corp. PLC's presentation came with questions about the options for the company if no buyer materializes. After positive cardiovascular outcomes data supported an expanded indication from the US Food and Drug Administration for the fish oil pill Vascepa (icosapent ethyl), investors were hoping a big pharma would swoop in to buy the commercial opportunity. That hasn't happened yet and the company has been moving forward independently with commercialization plans.

If Amarin isn't acquired, other options could include signing an ex-US commercialization partner for Vascepa or partnering with other companies to commercialize their products.

CEO John Thero said it is premature to think about partnering European rights at this stage. As for in-licensing other products to sell, he said it could be a possibility further out. The focus for now is on executing on the successful launch of the new indication for cardiovascular risk reduction as an add-on to statin therapy in high-risk patients. The FDA approval came in December, though the drug had already been approved as a triglyceride lowering therapy since 2012. (Also see "With Vascepa’s New CV Claim, Amarin Targets Patients On Other Triglyceride-Lowering Agents" - Scrip, 16 Dec, 2019.)

"Focus allowed us to execute on a major study and we need focus to ensure we are successful with the launch," Thero said. He said the company is approached regularly by others with products Amarin could commercialize.

"There may be many opportunities for products that could be $500m-$600m," he said, but it is premature. "We've got to get the launch done right."

The company is doubling its sales force to 800 representatives and rolling out a consumer advertising campaign. Branded advertising is expected to begin mid-year after going through approval, but an unbranded disease awareness campaign is set to begin in the US next week, he said.

The company already reported preliminary 2019 financial results on 7 January, saying net sales in 2019 would be at or slightly above guidance of $410m-$425m and forecasting 2020 revenues of $650m-700m, coming mostly from sales of Vascepa in the US.

Viatris, the new company born out of the anticipated combination of Mylan and Upjohn, the established products business of Pfizer Inc., debuted on the main stage at J.P. Morgan. The merger has not yet closed but is on track to be completed in mid-2020. Viatris chairman Robert Coury, CEO Michael Goettler and president Rajiv Malik made the business case to investors, which involves moderate growth, strong cash flow and a dividend.

The combined company will have pro forma 2020 revenues of $19bn to $20bn, generate $1bn in synergies by 2023 and be led by Upjohn CEO Michael Goettler. Mylan's longtime CEO Heather Bresch will depart.

Coury said management is confident in the 2020 pro forma sales forecasts released when the merger was announced last year. At the time, in July, the companies forecast 2020 pro forma revenues of $19bn to $20bn and 2020 EBITDA of $7.5bn to $8bn as well as synergies of $1bn to be realized by 2023.

"I believe that 2021 will really be the year in which you will see it all come together, because it is in that year that we will establish a financial baseline to grow from," Coury said.

One opportunity the combined company is hoping to tap for longer-term growth is being the partner of choice for the global commercialization of mid-sized products. "Not the billion-dollar blockbusters that everyone else is competing over, but the many innovators, many of them at J.P. Morgan here that don't have access to such a global health care gateway," Goettler said.

The combined company is poised to have a global footprint in 165 countries, including scale in China, Latin America and the Middle East.

China is now delivering on its long-anticipated promise of becoming the world's second biggest pharma market behind the US, and a major driver for industry. A very clear sign of this transformation is the development of an innovation-based pharma ecosystem in China, and BeiGene Ltd. emerged as a leader last year, launching two products and signing a $2.7bn equity and partnering deal with Amgen Inc.. (Also see "Amgen Joins China Oncology Market Race With $2.7bn BeiGene Stake" - Scrip, 1 Nov, 2019.)

BeiGene's CEO John Oyler set up the company with Chinese co-founder, chairman and scientific advisor Xiaodong Wang in 2010, and is starting to see the long-term vision pay off. The company has ambitions for further expansion into global markets, and more co-marketing deals with big pharma companies from outside China.

Oyler is also thinking about the challenges around the US drug pricing environment, however, and put forward his own thoughts during a presentation at J.P. Morgan on how the sector needs to recalibrate. The increasing pressure on US drug prices could also be an opportunity for the company's high volume-low price model.

After the presentation, Oyler told Scrip the arrival of 1.5bn Chinese patients, who are beginning to pay for innovative medicines, will boost industry revenues – which could allow it to lower its drug development costs, which could then in turn allow companies to offer lower prices in the US. “That's something that should have a very positive impact on a cost per patient basis,” he said.

“We’ve got to get drugs to everyone. If you have something that's going to save someone's life you can’t not give it to them. We can't have a system where patients miss out, but we’re in jeopardy of doing that. It's amazing what this industry has done over the last 10 years.”

Roche: Neuroscience Could Be The New Oncology

Roche’s head of pharma Bill Anderson used the firm’s 14 January presentation at the J.P. Morgan conference to push the idea that neuroscience has the potential to the next big area of innovation in the 2020s, as cancer drugs have been for the past decade.

Anderson cited Ocrevus (ocrelizumab) as a test case; Roche’s multiple sclerosis drug has been one of the best commercial launches in recent years. (Also see "10 Triumphant Drug Launches Of The Decade " - Scrip, 6 Jan, 2020.)

“Ocrevus has now been on the market for almost three years, and we're really pleased with its progress, and its ability to benefit patients with primary progressive and relapsing disease – and there's a lot more coming behind it,” Anderson said.

Two promising candidates in Roche’s late-stage pipeline are satralizumab in neuromyelitis optica spectrum disorder and risdiplam for spinal muscular atrophy, both likely to gain approval in the US this year. Roche also expects pivotal trial results for its candidate in Huntington's disease in collaboration with Ionis Pharmaceuticals Inc. later this year, and has earlier stage candidates for Parkinson's, autism and Alzheimer's disease.

“So that's quite a rich pipeline in neuroscience. We think that neuroscience has the potential to be in the '20s what oncology has been in the last decade, and we have a very strong scientific and development effort there.”

Coming from a big pharma company that has thrived on oncology, that’s a big claim – though whether neuroscience can deliver the kind of revenue growth that oncology has delivered over the last decade or more, as well as the scientific breakthroughs, is tougher to call.

10 Triumphant Drug Launches Of The Decade